In a show of support for ETNZ, a flotilla of 90 Riviera motor yachts with more than 600 Riviera family members and guests made for a spectacular sight as they steamed to the race track during the recent America’s Cup.

The armada – one of the largest ever assembled in the 41year history of Australia’s largest luxury motor yacht builder – was organised by New Zealand representative R Marine Flagship.

Featuring vessels between 34 and 72 feet in length, the two-bytwo configuration stretched more than 2km in length. Dean Horgan – dealer principal of R Marine Flagship – said it was a wonderful opportunity for Riviera owners to share such a great event with their friends. 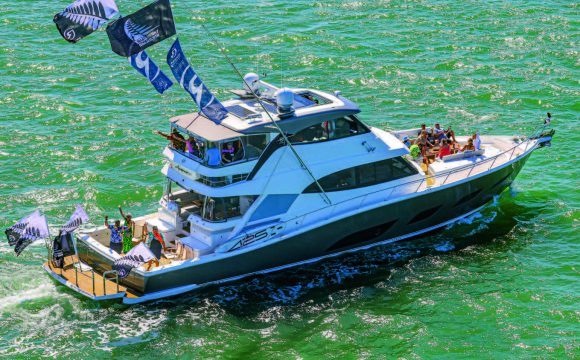 “We had an overwhelming response to this special outing – the largest gathering of Rivieras since our record-breaking raft-up in February last year.” That raft-up marked the start of celebrations in 2020 for Riviera’s 40 years of evolution with a record flotilla of 106 Riviera luxury motor yachts joined together at Awaawaroa Bay, Waiheke Island, to create a circle measuring 234m in diameter.

Riviera has a very strong following in New Zealand with more than 600 motor yachts now cruising local waters since the arrival of the first Riviera in 1984. 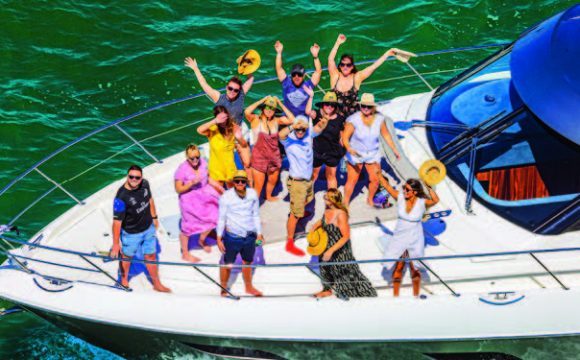 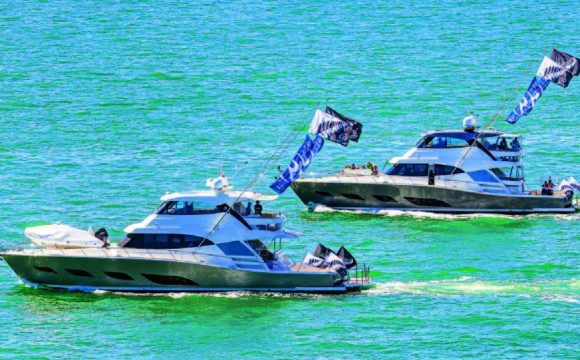