Fitting energy-efficient technologies brings a multitude of benefits to your electrical system and boating experience – not least boosting performance and reducing your environmental footprint. Story by Jo Reeves.

Because we all love to boat in style and comfort, the increasing list of power-hungry products that provide this means energy efficiency is high on the agenda.

From induction cooking and coffee machines to heating, cooling, lighting and desalination, these home comforts are reliant on energy – and plenty of it. Combine this with a desire to stay off-grid for longer and we’re looking at a challenging ask for many boat owners. Luckily, new technology can help. 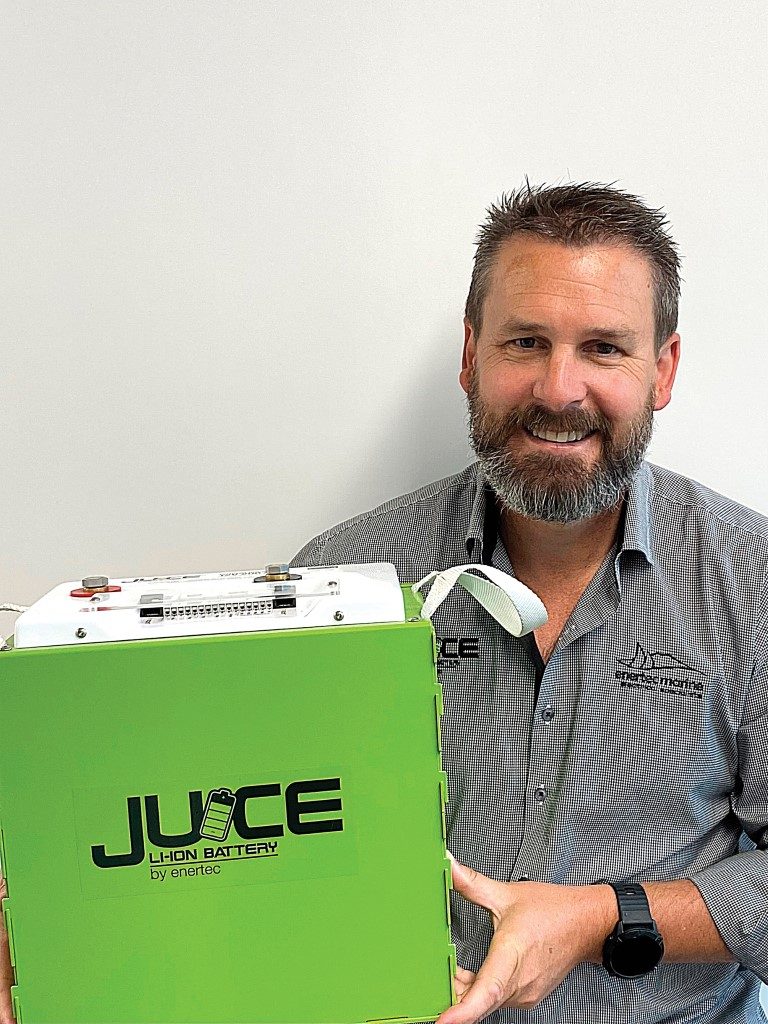 “We’ve sourced, and in some cases manufactured, technologically advanced, energy-efficient products in response to this demand. Not only do they boost performance, in many cases they save money in the long run.”

“We saw a great opportunity for Li-Ion batteries that complied with the New Zealand and Australian marine regulations and provided better functionality – and decided to make our own. We took our ‘Juice’ brand batteries all the way through R&D to market and we’re confident we now produce the best batteries on the market.” 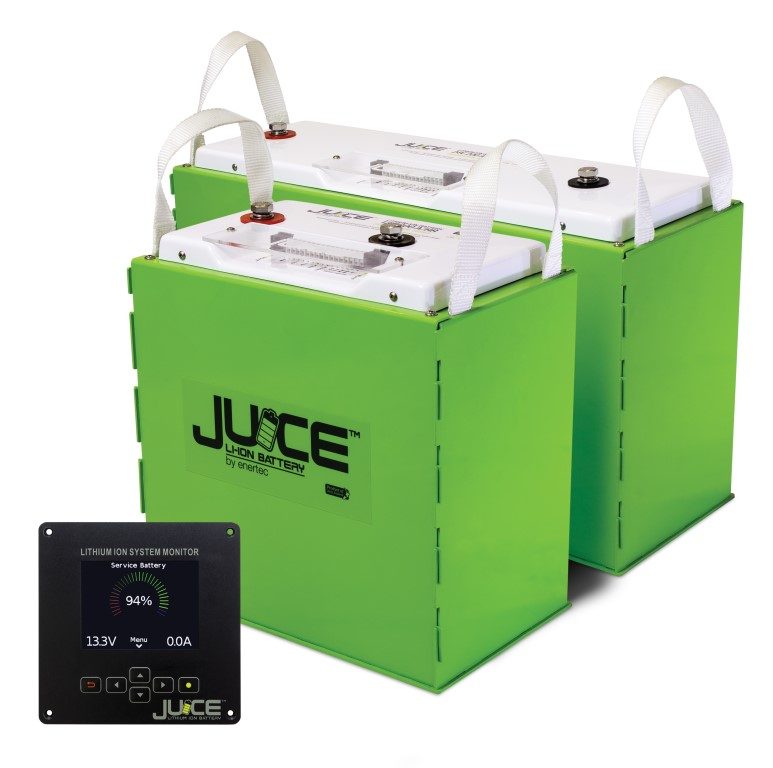 Charging Juice batteries illustrates the most noticeable difference. Unlike conventional lead acid batteries which need around eight hours to charge from 50% DoD (Depth of Discharge) to fully charged – irrespective of the size of the charging equipment – Juice Li-Ion batteries can be charged from 80% DoD to fully charged in one hour.

In practice, many boats don’t need to push the charging curve that hard and most opt for a ratio that will allow complete recharging in 2-3 hours. This significantly reduces the daily generator/engine running hours used to recharge house batteries. And that means vastly increased freedom to stay out on the water for longer.

Solar panels have also become an integral part of a boat’s electrical system.

“High-efficiency, flexible, long-life solar panels can revolutionise your boating experience,” says Peacock. “While a panel is rated at a maximum output – say 150 watts – it’s actually the efficiency of the cells which determines the amount of solar radiation required to achieve that. The higher the efficiency of the cells, the less solar radiation needed to achieve the panel’s rated output.” 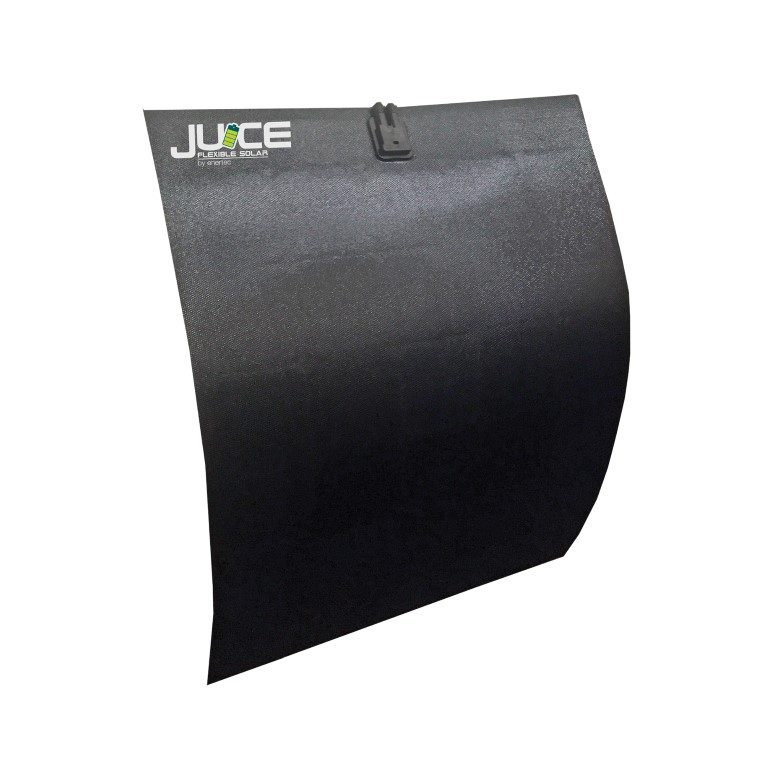 Juice flexible solar panels, he says, have an efficiency of 2324% compared to many panels on the market with efficiencies as low as 15-17%. Less efficient panels need considerably more solar radiation to deliver a given output.

Many onboard consumers are also embracing technologies that place less demand on the vessel’s energy system. One example is watermaking.

Installing a watermaker or desalinator has become increasingly popular given both the desire to make water on demand rather than carry tons of water around (which increases fuel consumption/costs) and the scarcity of fill stations.

Many traditional watermakers are energy-hungry, requiring a generator for power. But manufacturers such as Spectra Watermakers and Katadyn have focused on increased efficiency, reducing energy requirements to a point where it is now possible to run the units directly from your battery bank. 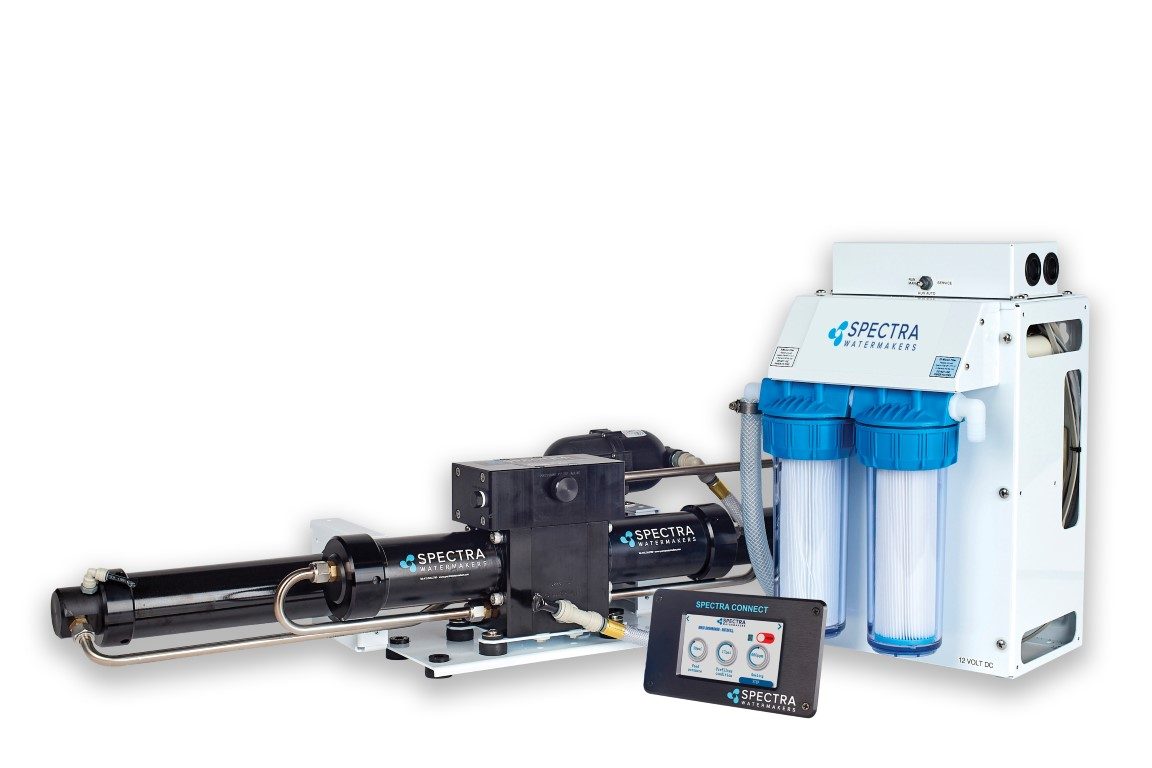 Spectra Watermaker’s energy recovery technology re-uses energy in the watermaker, allowing it to use only a third of the power compared to conventional systems. One of the spinoffs of this new technology is improved performance in cooler seawater temperatures.

In many cases the integration of energy-efficient products aboard means a generator is no longer necessary – reducing fuel and maintenance costs, though running an air conditioning unit or a device with a high energy demand may still require a genset. The good news is that there are energy-efficient generators.

“We distribute Fischer Panda generators because we believe they’re the best on the market,” says Peacock. “They use permanent magnet, variable speed technology for a smaller, lighter, quieter and more fuel-efficient generator.”

The permanent magnet technology allows the generator to vary its rpm based on load. It runs at low rpm at low load, and higher rpm at heavy load. This significantly improves fuel consumption and reduces exhaust emissions compared to fixed-rpm generators. 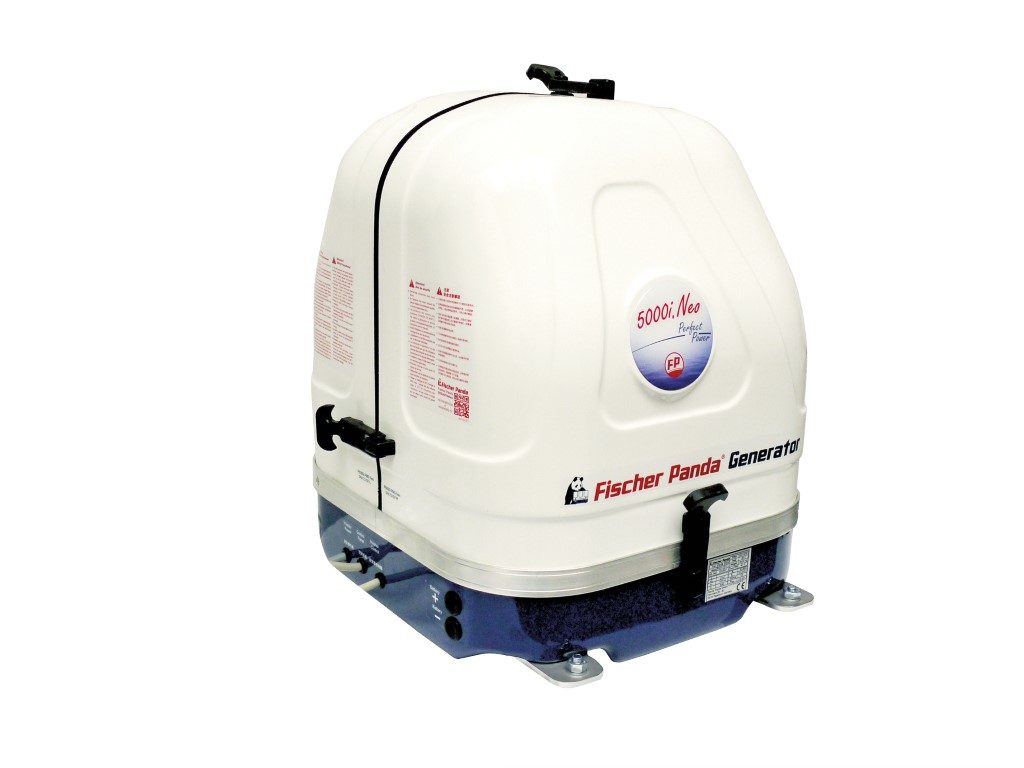 The alternators used in this technology are around twice as efficient as conventional units, producing less heat for their electrical output. And because the permanent magnet alternators are smaller than conventional versions, they can be powered by a smaller engine. The end result is a compact and lightweight generator set that not only performs better but reduces overall vessel weight, improving fuel economy.

No one wants to boat at the expense of the planet – but we all want to achieve optimal performance from our vessels. With the right technology these goals are not mutually exclusive. The only decision left to make is where to drop the anchor on your next off-grid adventure.

Pachoud Yachts – builder of Voodoo Power Catamarans – has focused on improving energy efficiency aboard its boats. This is driven by strong demand from customers wanting to reduce the environmental impact of their boating.

While the vessels are equipped with all the mod-cons expected in a luxury vessel, more effective power technology has resulted in more efficient electrical systems. 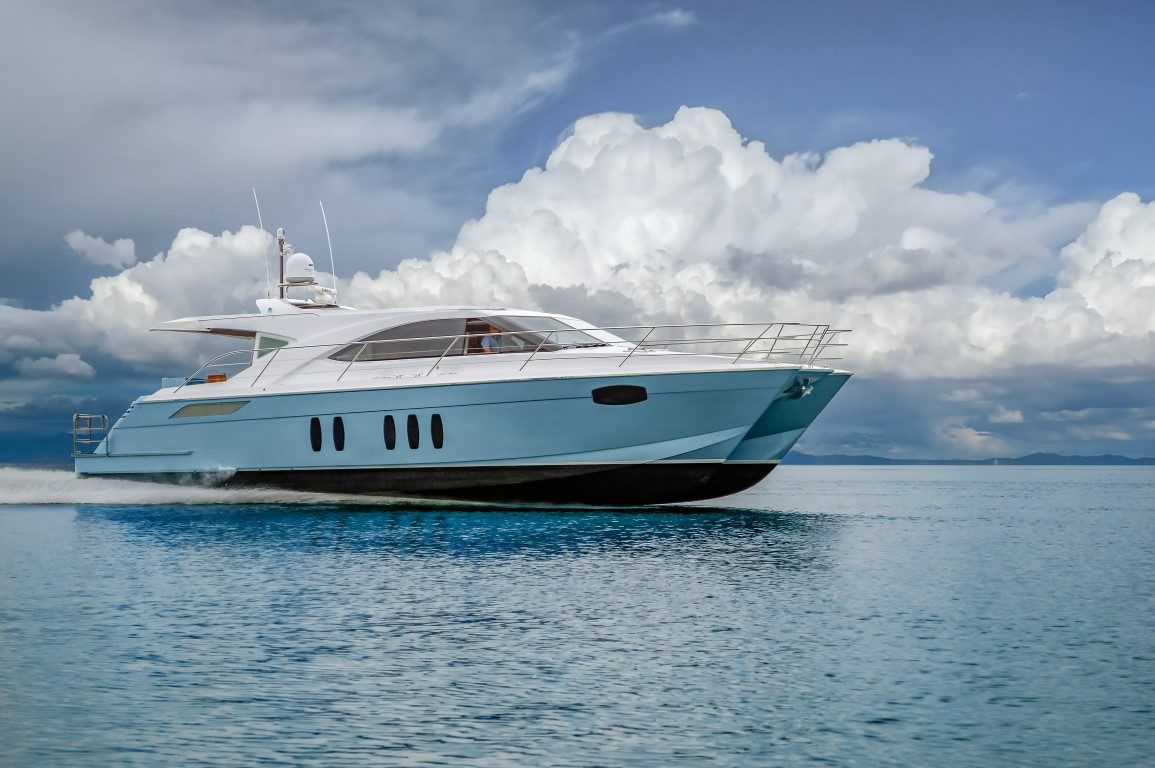 “At Pachoud Yachts and Voodoo Yachts we aim for our boats to be as efficient as possible, to give our clients an unmatched experience while simultaneously achieving their goals of a reduced environmental impact,” says owner Mitch Pachoud.

“A very energy efficient electrical system from top to bottom is a big part of this – resulting in our boats being some of the most efficient in the market, and kinder to the environment.”

Thrust you can afford

THE STRENGTH OF WIND