On a typical boat, batteries are ignored, abused and unloved – and yet are asked to deliver maximum power at start-up.  Is it any wonder they often last less than three years? Norman Holtzhausen reckons their life could be more than doubled with better maintenance.

The most important aspect of a long battery life is good management. You should never fully discharge any battery – over-discharge is said to be the single biggest cause of battery failure.

Leaving the boat unused for long periods will undoubtedly result in self-discharge, but even a regularly-used boat can suffer from a flat battery if you ignore how much power is going in/coming out. Also, most batteries only provide a finite number of discharge/recharge cycles, so if you don’t know how many times the battery’s been charged you can’t judge it’s overall condition. 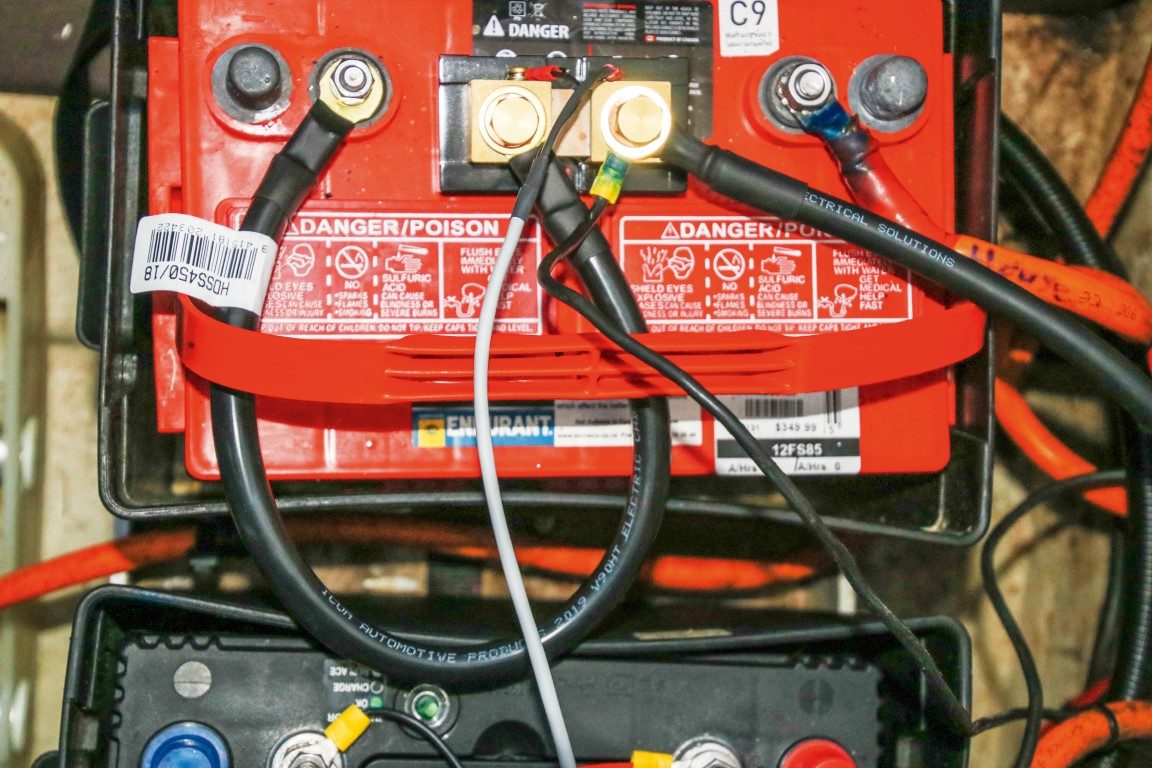 Which is why a battery monitor is a good idea.

You may think the voltmeter tucked among the helm gauges is sufficient. After all, it shows how many volts the battery is delivering and (when the engine is running) how many volts are going back into the battery. But voltage is only a small part of the story.

Think of it like a water tap: The water in the pipe has a certain pressure, and as long as that’s neither too low nor too high we don’t worry much about it. But the volume of water is more important when trying to fill a container, and the tap gives you control over that. The flow dictates how quickly we can fill a bath, not the pressure. If the water pressure is the volts then the volume of water is the current, measured in amperes (amps).

And so it is with batteries: a low voltage certainly indicates that you have a problem but it’s not much help for overall management of your battery. And while a higher voltage tells you that the engine is pushing power back into the battery, in itself it does not tell you how quickly it’s charging. 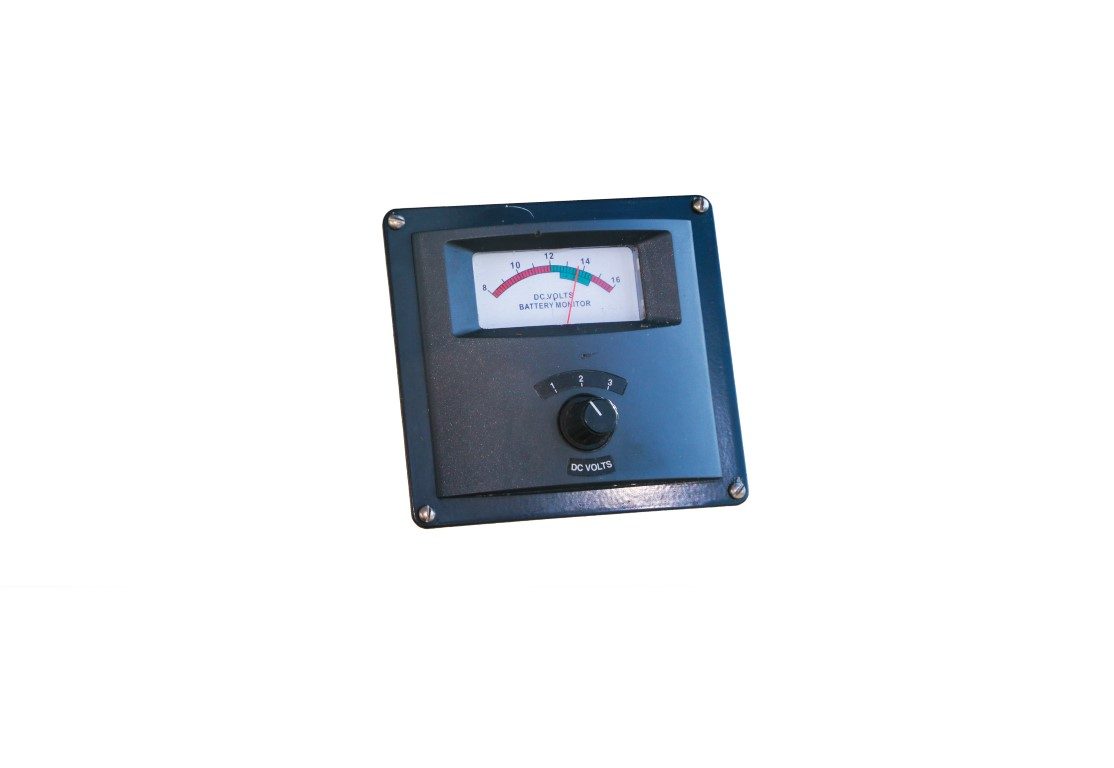 What you need to explore is the current that’s flowing in or out of the battery. And this is where a battery monitor is useful. It can measure both voltage and current and, when pre-set with the capacity of your battery, it can also tell you the overall state of charge. You then know how long it will take to be fully charged or, if the engine is not running, how long before you run out of power based on the current drain from accessories such as lights, stereo or chartplotter.

On my launch I have a typical two-battery setup.

It has a start battery, its sole purpose to provide high cranking amps for a few seconds to start the engine. This is recharged by the alternator once the engine is running. A second (house) battery runs all the onboard accessories. A voltage-sensitive relay (VSR) switches charging to the house battery once the start battery is topped up.

It is the house battery which requires the most attention. Most dedicated start batteries last a reasonably long time, as long as they get the occasional top-up during the quiet season. Because starting the engine usually only takes a few seconds, they’re rarely drained. Size (capacity) is important because they often have to deliver the massive current a starter motor needs to turn over a cold engine. 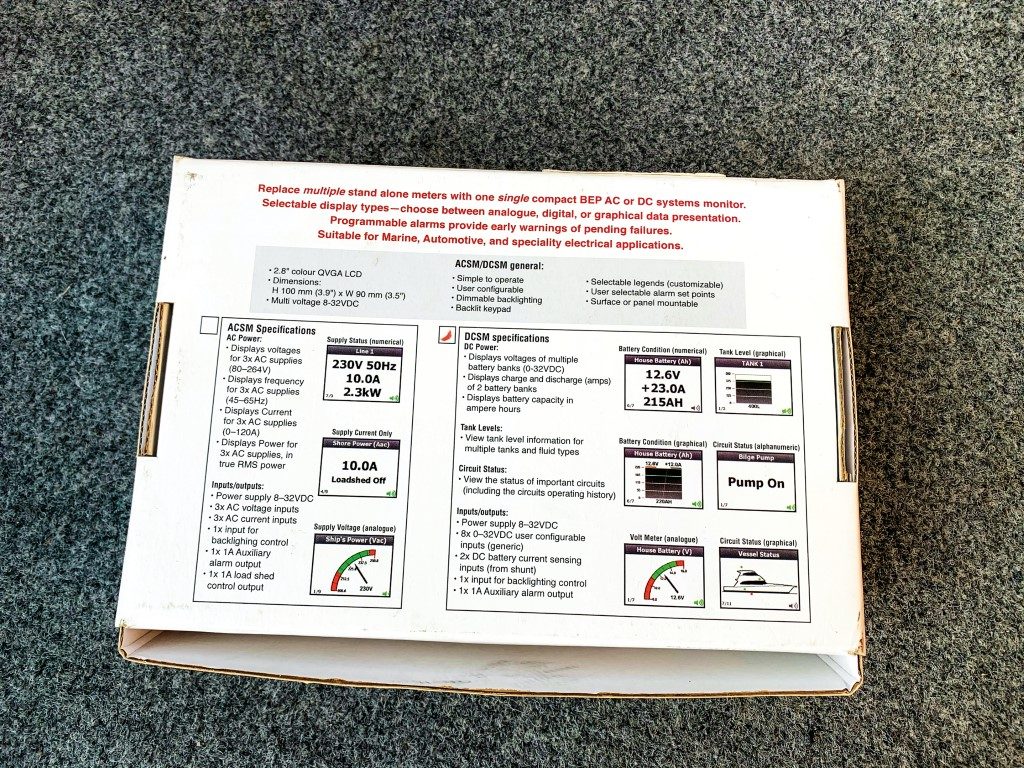 But the house battery is charged and discharged continuously, and it works much harder. Which is why it requires a different (deep-cycle) type of construction. It’s typically more expensive than a start battery. It makes sense to protect and monitor the house battery to extend its life.

In the case of my launch I discovered that by mid-winter my house battery was self-discharging within a matter of days, a good indicator that it was stuffed.

So after forking out $450 for a new battery, I wanted to try and prevent that expense happening again anytime soon – it was time to fit a battery monitor. I visited the experts at BEP Marine to explore the options. There’s quite a range and installing one is slightly more complicated than installing a simple voltmeter.

The entry-level product from the Mastervolt range is the Battman Lite, available from most chandlers. This single, round digital display monitors the voltage, current, battery capacity and amp-hours of the house battery. In addition, it can display the voltage of a start battery, so it’s perfect for most single or-dual battery setups. 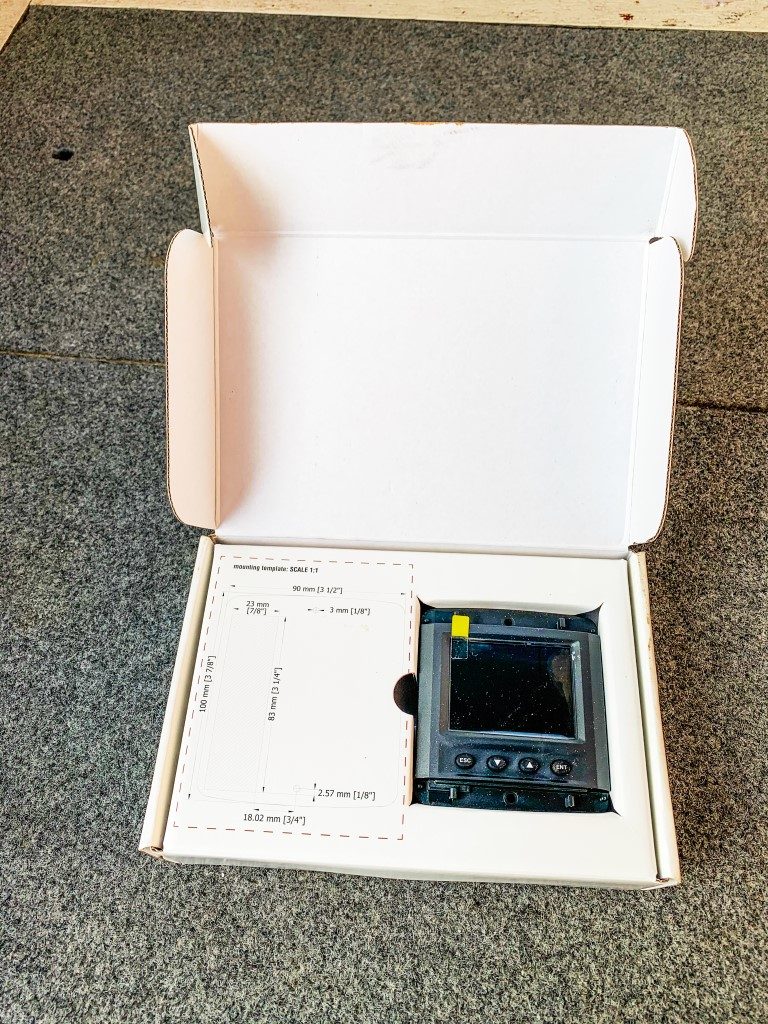 Because the house battery requires monitoring of both voltage and current, installation gets a little more complicated. Determining how much current is passing through an electrical circuit requires an additional component called a shunt – a short piece of copper conductor with a known resistance.

The ammeter connects across this and through that shunt it can measure how much current is passing in or out the battery. Typically shunts have a capacity of 500 amps, and will easily cope with the entire load from lights, electronics, fridge and so on.

Higher up the range is the Mastervolt Battman Pro model. It provides the same functionality but also stores battery events. This enables you to view the total amp hours charged, number of charge cycles, average discharge and deepest discharge over a period of time, as well as high and low voltage alarms.

All of which help you evaluate the long-term health of your battery. Other models from Mastervolt include versions that can control up to three batteries, as well as the ability to automatically control your inverter or charger to keep your entire system in optimum condition.

Under the BEP brand the DC Systems Monitor (DCSM) model offers further capabilities, with a bright colour screen and additional tank display and alarm options. This single 2.8inch square unit can monitor up to three batteries, including the current drain on two of these.

Apart from also showing the levels of fuel or water tanks, it also monitors activation of up to eight different DC accessories. These are typically connected to items like the automatic bilge pump, and the historical activity log reveals how much time the bilge pump has been running in the last while. This will reliably indicate if you have a slow leak on board, or some other fault.

Another Mastervolt option is the EasyView 5 unit with colour touchscreen that integrates into the Masterbus and CZone digital switching solutions. This allows monitoring parameters from any CZone display on the vessel. 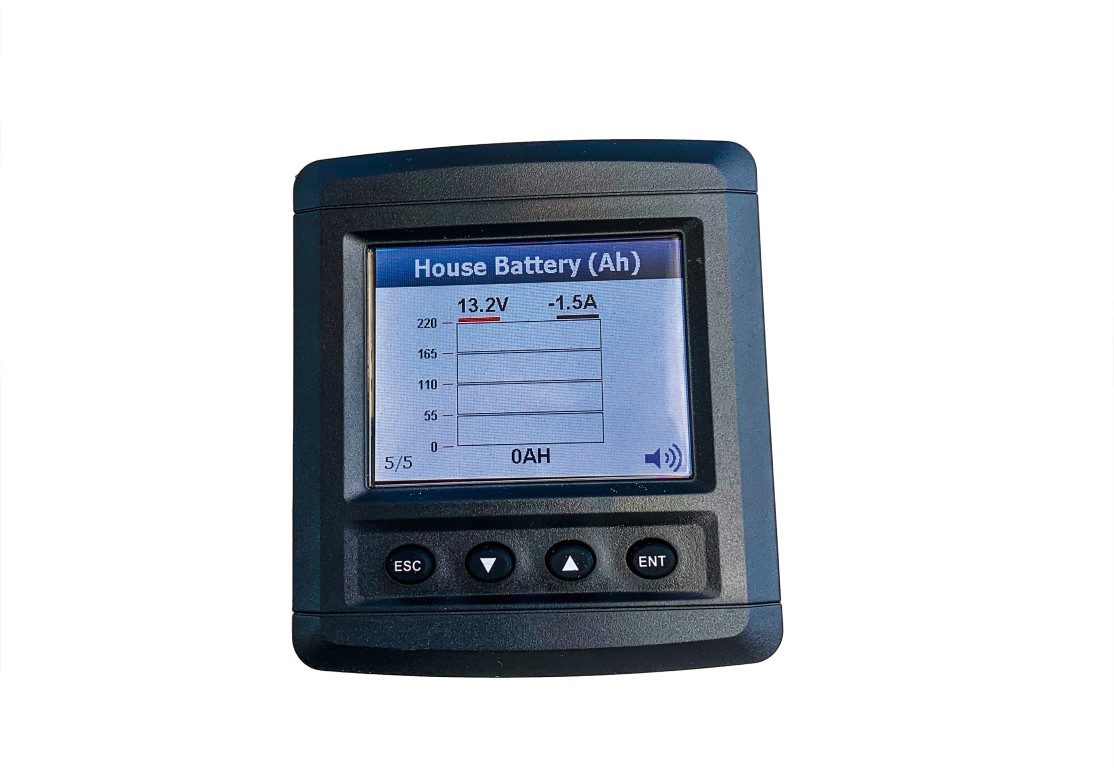 Although the Mastervolt Battman Lite would have suited my needs and budget (under $300 for the kit and with a simple installation), I opted for the DC Monitor from BEP. Since my boat lives on a marina berth, it will be very useful to know if the automatic bilge pump is coming on for more than a few minutes per week. The colour screen also adds a touch of pizazz to my dashboard display, so I was happy to splash out around $600 for the unit.

The shunt module needs to be fitted alongside the battery, and all power from the battery is routed through this shunt. This means I needed to position the shunt on a bulkhead next to the battery, connect all the existing connections to the shunt and using a single high-current strap to join the shunt and battery. 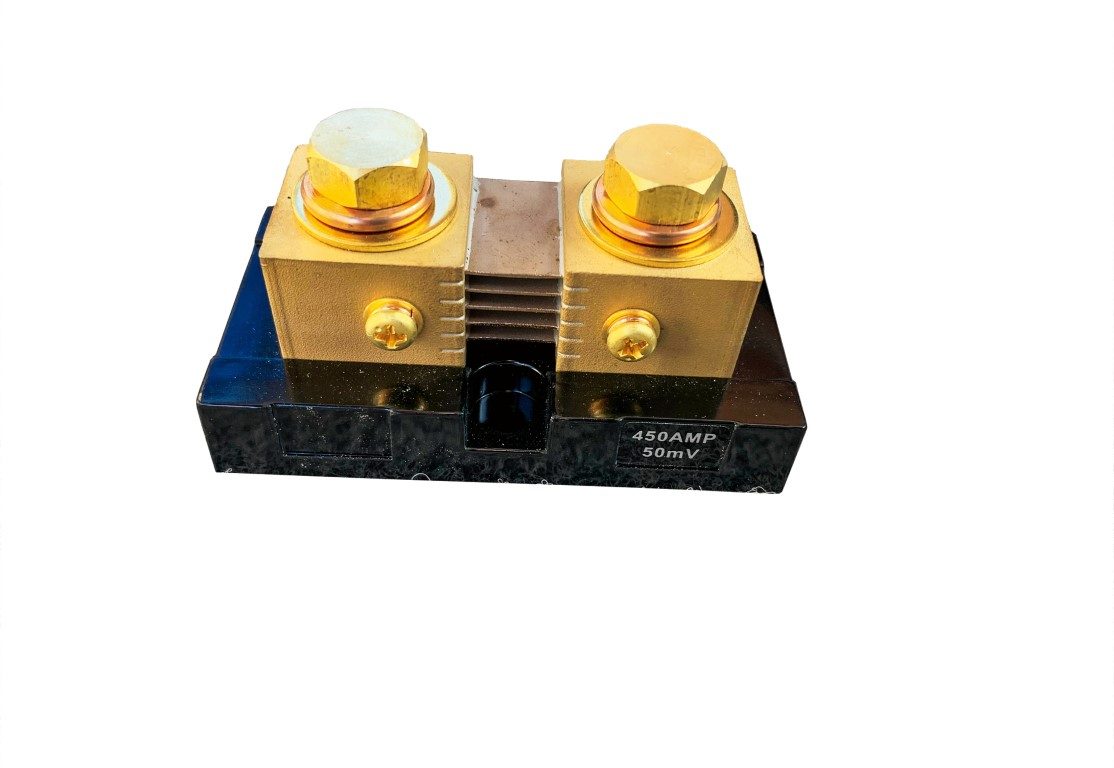 I then ran the supplied cable from the DC Monitor at the helm, back to the shunt. Battery connections from my original voltmeter wiring powered the display, and I was able to connect the tank senders from their original analogue gauges to the new digital display.

I connected it all up, applied power and ran through the tank and alarm configuration procedure as detailed in the manual. If I had multiple bilge pumps or automatic lights, I could have connected these up in a similar fashion. 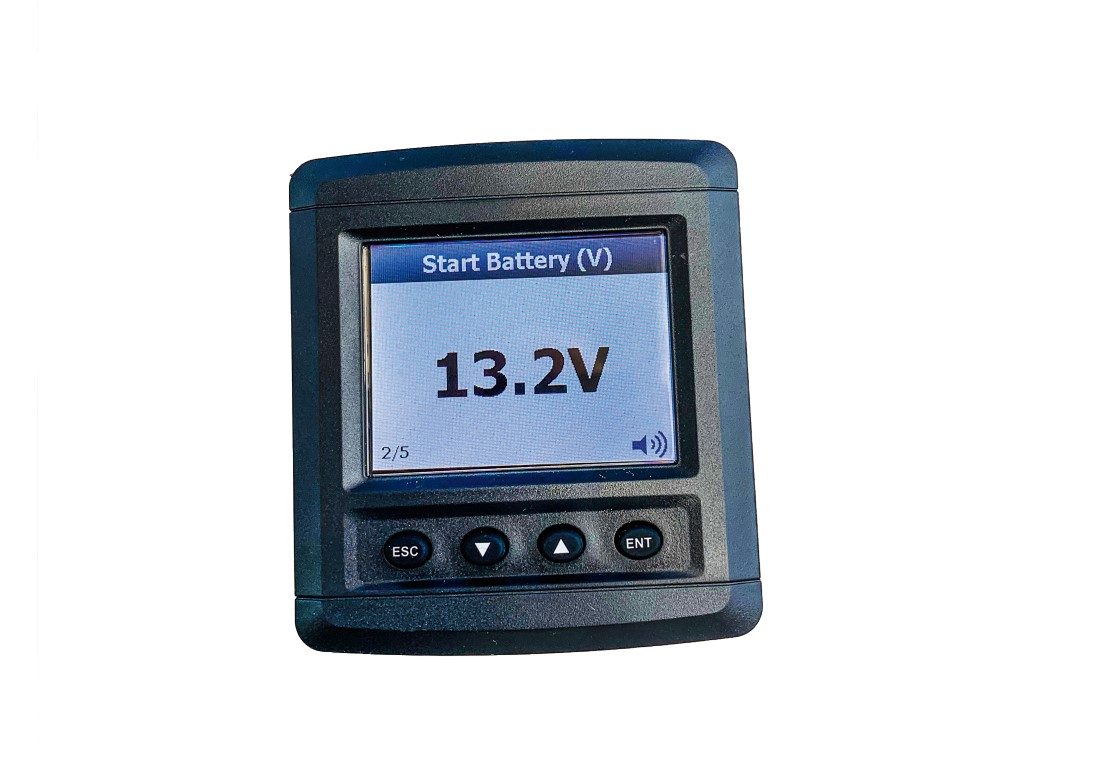 With the unit fully installed I can now measure exactly how much power any individual or group of accessories draw by turning everything off except for those items, and then reading the current on the display. This lets me manage power usage efficiently when overnighting on the boat. I can also keep an eye on that bilge pump by checking the historical usage over time, as well as set an alarm that will alert me when the amount exceeds my configured threshold.

A worthwhile investment – and it took just over an hour to install.