Naming a boat may be a life or death decision – a commitment that must be carefully assessed before you slap the stickers on. Story by Lindsay Wright.

Of all a person’s possessions, his/her boat is the only thing that almost always carries a name. Houses come with addresses and cars are adorned with fancy little labels – but an owner gets to name his boat.

If you’re respectful and follow the rules, it can lead to a lifetime of boating luck – but bad naming can bring the devils down around your ears.

In New Zealand we have a choice of deities to consider when naming a boat. Legend has it that every boat name is entered in the ‘Ledger of the Deep’ and personally known to Poseidon (Greek) and/or Neptune (Roman). But in this part of the world there is also Tangaroa.

Renaming a boat is just as likely to bring the wrath of the sea gods down on your hapless head if you haven’t shown the requisite respect, though any bad luck a name change brings could come from historical precedents.

Crew of any ships caught with the name hastily painted over were presumed to be pirates in a stolen vessel and summarily executed in old Britain. The first reference to name-changing comes from Long John Silver in Robert Louis Stevenson’s Treasure Island. “What a ship was christened – so let her stay,” he growled.

Firstly, all evidence of the boat’s previous name must be obliterated. Horseshoe buoys, charts, handbooks, nameplates, log-books – anything carrying the old name should be removed until the vessel is entirely clean of her previous name. 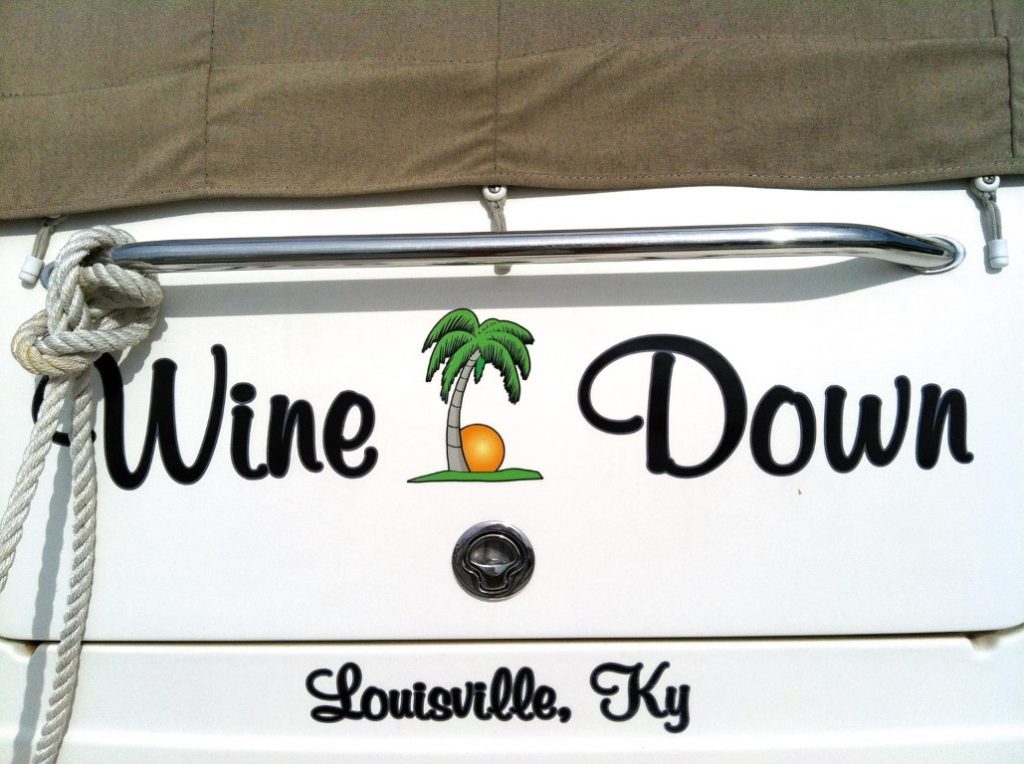 Choosing a boat name is a task to be undertaken with care and respect – though sometimes Fate gets in the way. Reputedly there is a boat getting around called Oh Bugger. The story goes that on launching day, before an assembly of boatyard workers, friends and family, the owner’s wife announced, with all due ceremony: “With the power vested in me, I hereby name this boat…..” and took a mighty swing with the obligatory champagne bottle. The bottle missed the boat’s stem. “Oh bugger,” she exclaimed.

And there are a few Australian racing yachts named WOFTAM (WOFTAM IV competed in last year’s Sydney – Hobart). Apparently the owner’s wife walked into the shed where the original WOFTAM was being built. Waste of F*#@*#g Time and Money was her verdict – and the family yachts have been WOFTAMs ever since.

Similarly, there are the two centreboard yachts built to an early Bruce Farr design and named Farr Canal and Farr Q. Great fun making calls on the radio.

Radio communications are another consideration when naming a boat. A vessel called No Problem sank in the US after the Coastguard received a distress call and mistook the name of the boat for the seriousness of its situation. 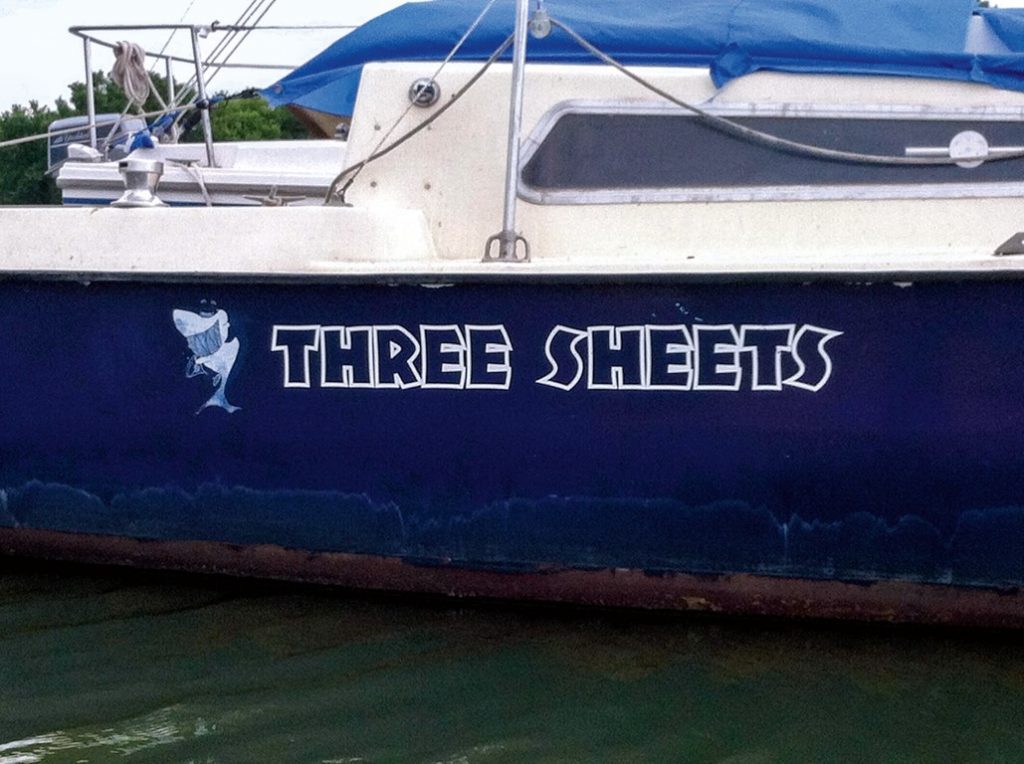 Moby, on the bow of a boat, has nothing to do with whales but, as a rule, stands for My Own Bloody Yacht. Generally speaking, cute names, puns, childhood nicknames and in-jokes should be avoided. Another potential pitfall is naming a boat after your current spouse or partner.

Steer clear of brash or arrogant nomenclature – it may come back to bite you. Personally, I prefer some of the old working boat names: Endurance, Integrity, Adventure, Perseverance, Intrepid, but te reo Maori provides many opportunities for respectful nomenclature and I’m sure the sea god Tangaroa looks more kindly on waka named in his native tongue.

There can be pragmatic reasons for a name change – like the commercial fisherman who got tired of filling out endless forms and paperwork and renamed his boat Id. “Makes a difference when you’ve got to write it 20 times a day,” he grumbled.

And there are financial considerations too. To change the name of a Class A New Zealand-registered ship costs over $1,000 as does changing ownership or the hailing port. New Zealand Ship Registration is mandatory for all New Zealand vessels venturing offshore – so you’re firmly held over a barrel, but many New Zealand sailors bypass this overly-expensive and dysfunctional process by registering their boats under the British Small Ships Registry (SSR) which costs $50.

The one advantage of this system is that it works on a first-in-first-served basis. If yours is the first boat registered under a certain name, subsequent craft with the same name are obligated to put the suffix 2 (or II) after it. 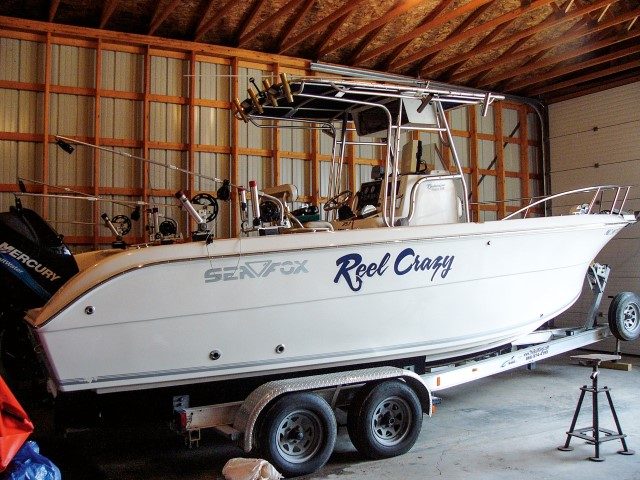 Maybe the Argentine navy needed some advice on namechanging protocols when it bought the light cruiser USS Phoenix from the US and straight away renamed her ASA General Belgrano. As USS Phoenix she had survived Pearl Harbour and action in the Pacific war theatre but she became the first ship to be sunk by a nuclear submarine in May 1982 off the Falkland Islands with the loss of 323 lives.

On the European side of things, after all clues to the boat’s previous name have been expunged and a new name selected, a celebrant should be called to rechristen the vessel. After reading an appropriate ceremony, selected guests should be invited aboard to celebrate with liberal amounts of food and red wine (to signify the blood of the virgins who would have been sacrificed in the good old days). Owners should have copious libations and food on hand to let the boat know it’s under generous ownership now and will be well looked after.

Another tradition is that a virgin be enlisted to urinate in the bilges. A friend who was keen on buying a certain boat and rang her teenage son to tell him. “Nice boat – awful name,” she said, “but if I give her a new name I’ll need a virgin to piss in the bilges.” Well, you’d better hurry up Mum, number-one son replied. He’d just started his first relationship.

Construction materials can also help with a new name. I’ve seen a ferro-cement yacht called Maid of Crete, but it’s not advisable to name a boat after a wind such as Zephyr or Sirocco – because that might arouse the ire of the gods and summon the breeze. Likewise, names like Titanic, Lusitania or Wahine should be avoided – these are ships of misfortune, some of which could rub off on your own vessel. 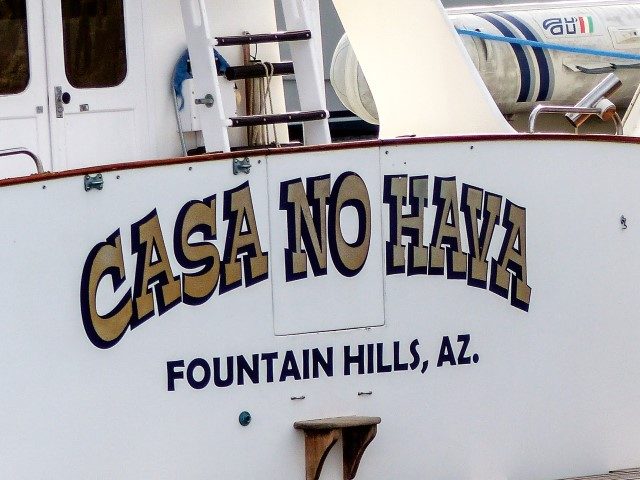 The London Fire Brigade has a firefighting boat called Go to Blazes and, at a recent Seagull race on the Waitara River, two competitors were ploughing around the course in a battered tinny called Cirrhosis of the River. On the subject of neglected boats, there’s one called Gunnadoo which needs a bit of work – one day.

A quick and powerful catamaran often seen on the New Zealand coastline is painted lime green and luxuriates in the name Slime.

A charter junk in Hong Kong Harbour has been christened Deep Float by someone with a sense of humour and I know of a grumpy German whose friends call his boat Sauerkraut. There’s a judge’s yacht called Just Desserts and a café owner sailing around in Flat White.

Fishing for a pastime opens up any number of names which generally feature the word ‘Reel’ – as in Reel Worker, Reel Time, Reel Happy and Reel Therapy. Master baiter is also widespread and, to take in the really tacky, there’s numerous Tax Seavasions, Loon a Seas, and variations on Seaduced.

Whichever name is chosen, it should be endowed on the boat in the time-honoured fashion and festivities. After that? You’re in the lap of the gods.