New Zealand’s ‘best big-boat regatta’ will be back in business from 21–24 January and entries are now open. The CRC Bay of Islands Sailing Week event has again been selected to host the PHRF, IRC and Tornado Class Nationals. Regatta chair Manuela Gmuer-Hornell says hosting the Nationals adds an extra layer of competition to what is already a well-contested event.

“As long as they have a valid PHRF or IRC certificate, it gives those in A, B and C divisions the chance to compete for a prestigious nationally- or internationally-recognised trophy, at no extra cost.”

While PHRF offers strong competition in the top divisions, Sailing Week organisers warn this could be the last time they host the IRC Nationals. This is due to the difficulties they’ve had securing sufficient boats to compete under the IRC rule in the past.

“We appreciate it’s another expense for boat owners,’’ says Gmuer-Hornell, “but we’d like to see IRC racing continue in New Zealand, so we’d encourage anyone racing in the top divisions to at least look into getting an IRC certificate.”

Organisers support the IRC handicapping system as one of the fairest and most internationally-recognised systems. The IRC is a rating rule, based solely on a boat’s physical characteristics, rather than performance. Unlike PHRF, it isn’t altered from race to race, so there’s no opportunity to gain an improved handicap by racing badly.

Boats competing in Divisions A, B and C at CRC Bay of Islands Sailing Week can compete for IRC Class 1, 2 and 3 trophies respectively. This means the IRC Nationals is open to all sorts of boats, including the large fleet of 30ft cruiser/racers that typically take part in the Island Racing divisions.

Food from the sea 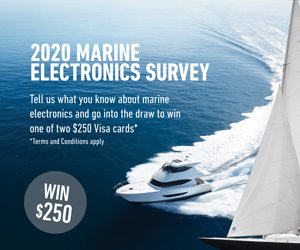