Founded in June 1921 at HMS Philomel, the Devonport Naval Base, Calliope Sea Scouts Troop is the oldest surviving Sea Scout troop in New Zealand. I accurately can’t cover its entire centenary, but I am familiar with its first 35 years.

Calliope has a fine history of introducing boys not only to sailing but to the Scout virtues of “doing good” instilled by Robert Baden-Powell in his book Scouting for Boys published in 1908.

At the start of the South African War, Baden-Powell had been in charge of the British army garrison at Mafeking during the 217-day siege by the Boer forces from October 1899. He enlisted youngsters to do vital work as scouts and runners in the defence of the town and became a national hero in the then British Empire when the town was relieved on May 17, 1900. 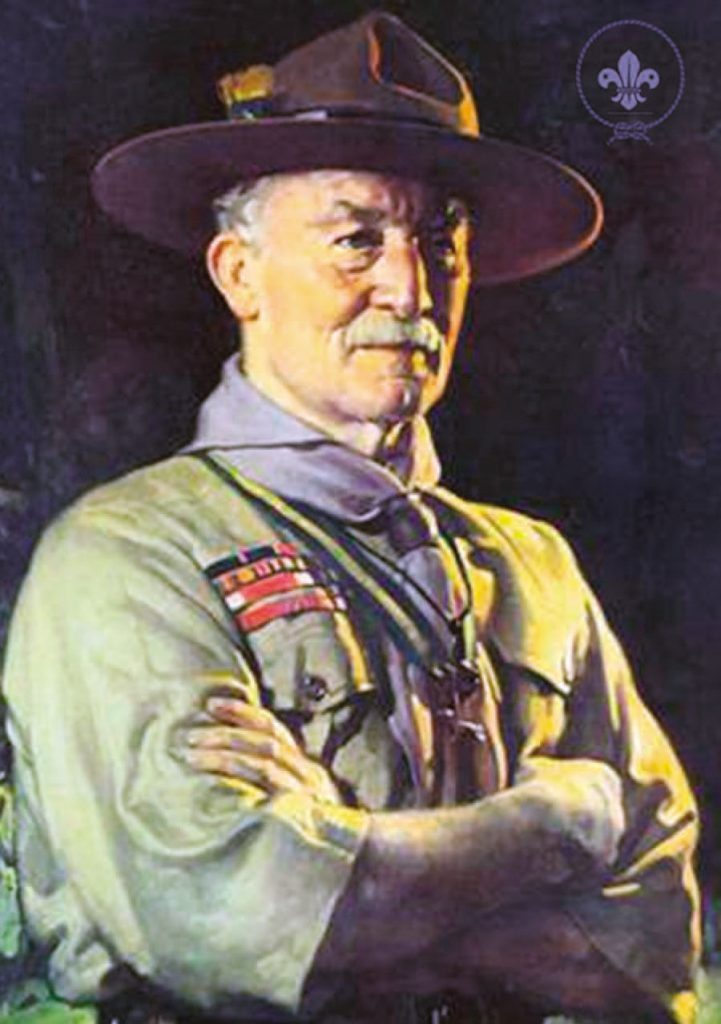 He refined these ideas in Scouting for Boys which became a best-seller around the world. The book sparked a youth movement which led to the founding of the Boy Scouts in England in 1908 and the Girl Guides in 1910.

Scouting was thoroughly entrenched in New Zealand by 1910 with troops all over the country. By April 1912, when Baden-Powell visited New Zealand, Sea Scouts had been in operation in England for nearly three years, with dark blue uniforms and a bluejacket’s cap, being taught how to swim, handle boats, keep a lookout in bad weather around the coast and be prepared to carry out rescues.

The Armistice in November 1918 was by no means the end of the world’s problems. The Spanish Flu epidemic came hard on its heels and made social life difficult and that was followed by an economic depression. During these times Scout troops throughout the country did great work in delivering food and firewood, for example. 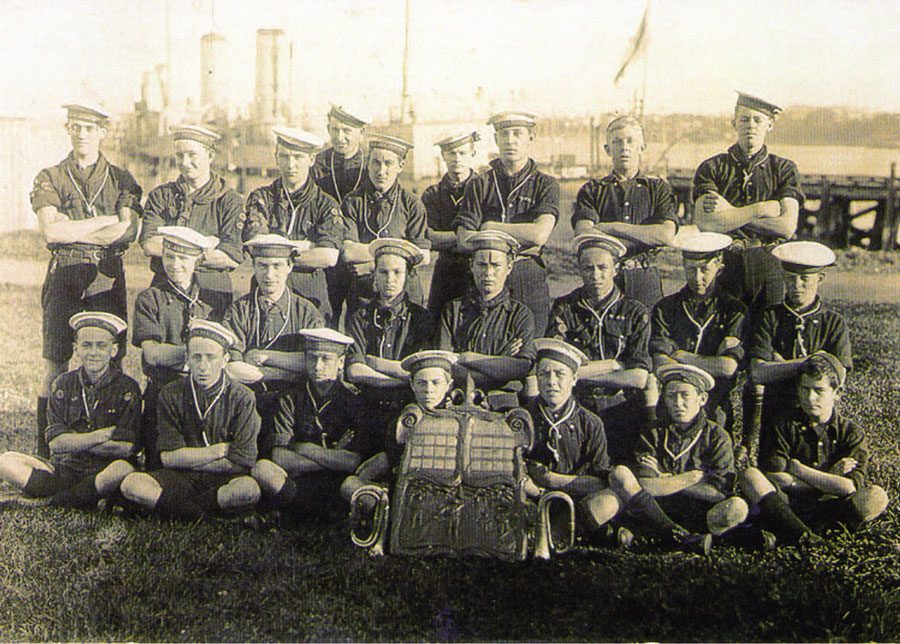 Calliope Sea Scouts was established on 25th June 1921 at the Devonport Naval Dockyard. It took its name from the British warship HMS Calliope which entered service in the South Pacific in 1887. At the time the Auckland Harbour Board was building a new stone dry dock at Devonport. On 16th February 1888 HMS Calliope was the first ship to enter the dock, which was named after her.

Only a year later, on March 15th 1889, Calliope was the only vessel to survive a cyclone in Apia Harbour by steaming out of the narrow reef entrance in mountainous seas. All of the German and American warships assembled there (to exercise ‘gunboat diplomacy’, attempting to take over Samoa) foundered with large loss of life. Calliope’s success was attributed to the quality of the Westport coal she had bunkered in Sydney. All in all, it was a British triumph in times when a triumph was cherished.

Calliope Troop’s founder was Captain R. A. Woods, formerly Harbourmaster at Hobart, who had trained as a merchant officer cadet aboard HMS Conway on the Mersey. One of the lads associated with the founding was Lawrie Thode from an illustrious local seafaring family.

Lawrie’s first cousin was Con Thode, a decorated submarine captain in WWll. In 1921 Lawrie was only 17, but full of enthusiasm for scouting and the sea. Another eager lad was Bob Iversen of Devonport, then 16. As the only Sea Scout troop in New Zealand, it had the privilege of wearing an unadorned black scarf.

These were glory days for Calliope. It was closely associated with the Navy, using the Dockyard’s facilities and Naval cutters for sailing and rowing. The troop rowed Lord Jellicoe, then Governor-General, when he inspected the Naval Base and he took a particular interest in the troop. Scout leaders were drawn from RN Petty Officers serving in the New Zealand station so that the troop had deep connections in the Naval Base which served them well until the 1960s.

One of the bits of kit Calliope gained was a Breeches Buoy apparatus. This was essentially a rescue device in which a rocket delivered a rope to a vessel wrecked or stranded close off-shore. The operators then sent a pulley system to the wreck and evacuated the ship’s crew on a bosun’s chair suspended from the rope. The whole gear was mounted on a handcart. Naturally it was enormous fun for the troop to display the gear in operation at fairs and public days. 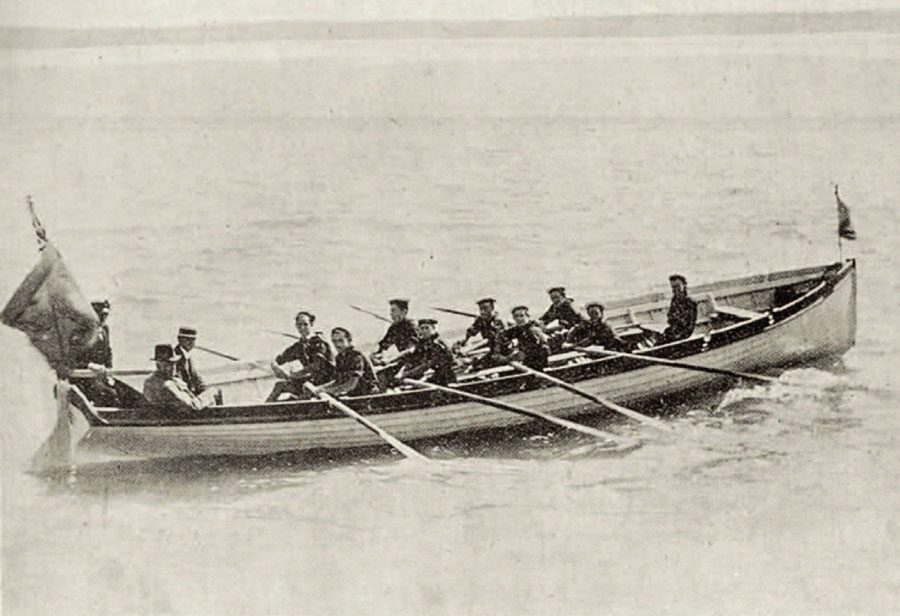 By chance, Calliope’s shining hour arrived when the Federal Steam Navigation line’s 12,160-ton freighter Wiltshire ran aground on the foot of the cliffs at Rosalie Bay, Great Barrier Island, in a frightful easterly gale on 31st May 1922 with 103 crewmen on board.

She broke her back very quickly and the stern sank. The next night HMS Philomel proceeded to Tryphena taking Calliope’s Breeches Buoy gear and two of her Petty Officer scoutmasters. After dawn the Naval party bashed across the island through the bush with the gale in their faces, carrying the gear the last two miles to the cliff site when it proved too steep for the packhorses.

With Naval precision, the gear was set up and began bringing the crew of the Wiltshire ashore, eventually at the rate of two every six minutes. The cat came last. There were no injuries. It was a triumph for the Royal Navy and for Calliope. Lawrie Thode was prominent in Calliope from its start. He was the first Scoutmaster but in 1926, when he left for Australia, he was replaced by Bob Iversen. On his return he set up the Invincible Troop at Bayswater and resumed at Calliope in 1939. He was killed in action on the Sangro River in Italy in 1945. Bob Iversen retired in 1932 when he married, but took over again when Lawrie Thode joined up.

This was the structure when my mate Barry Brickell encouraged me to join Calliope as a 13-year-old in 1949. I lived in Huia Street, Devonport, right beside the Naval Base. Bob Iversen was very much in charge of Calliope in a relaxed way. We learned of the wonders of the 1920s from Bob (‘Mr. Iversen’ to us, of course). In retrospect, it had been only a short time before!

The troop was partly composed of his many sons who shared their father’s unflappable good humour and manners. We relied on the Navy for sailing as we used their 32ft cutters and 27ft Montagu whalers, the only hassle being that we had to use a wharf crane and persuade Navy personnel to do this work on a weekend. Nevertheless, they were fine, safe craft.

In 1950 we had a nasty experience sailing one of the new Miller & Tunnage-designed 17ft Sea Scout cutters in a regatta at Hawke Sea Scouts in a strong westerly. We capsized off Birkenhead Wharf in a line squall. The full Idle Along rig proved too much and we were without life jackets (not issued then!). 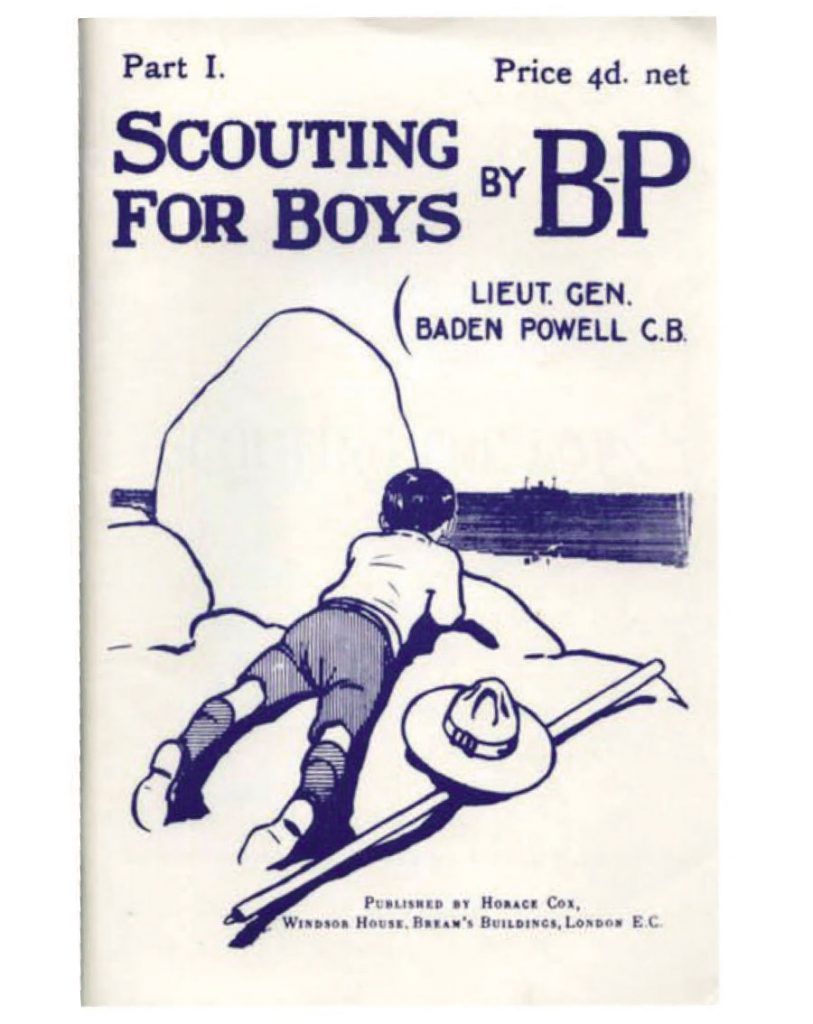 John Grieve in his 24ft mullet boat Maru picked us up from the awash cutter in a display of magnificent seamanship. Bob then got a better 17-footer, Calliope, built by Colin Wild with adequate buoyancy. Apprentice John Salthouse did the work. She was a piece of furniture.

Calliope has done great work for the boys in the troop for the last century. The move into the old North Shore Rowing Club shed on the Devonport waterfront in 1966 has cemented its tradition. Another hundred years? I think so. BNZ 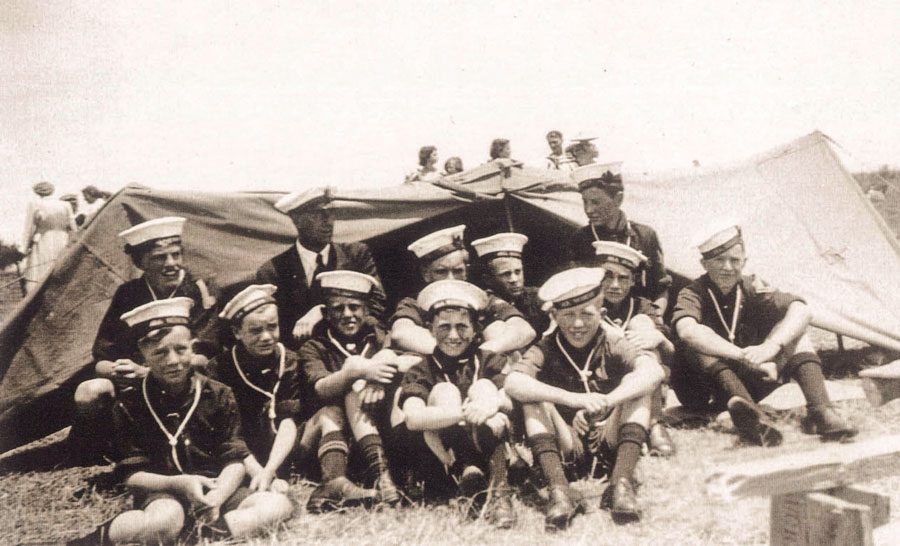