Lithium-ion batteries are often considered the ‘gold standard’ for trolling motors. They weigh a lot less than conventional batteries, offer twice the run-time and boast a life expectancy 10 to 20 times longer.

But there’s some confusion about the different types of lithium-ion batteries and their safety. And to get the most from them, they need to be installed and used correctly.

“LiFePO4 or lithium-ion phosphate batteries (used to power marine trolling motors) are nothing like the lithium-ion batteries in a mobile phone which have been known to catch fire and can be quite dangerous,” he says.

“In fact, I’d much rather have a LiFePO4 battery on board my boat than a conventional lead-acid battery. They are safer, almost impossible to make catch fire (even by overcharging) and, if they are in a fire, they don’t sustain it.”

Sewell has designed and built lithium-ion battery systems for cars, farm vehicles and aircraft for over 20 years and has used LiFePO4 lithium batteries on his own launch for six years. “They’re ideal for a boat – lightweight, safe and quick to recharge – the best combination of weight and safety.” 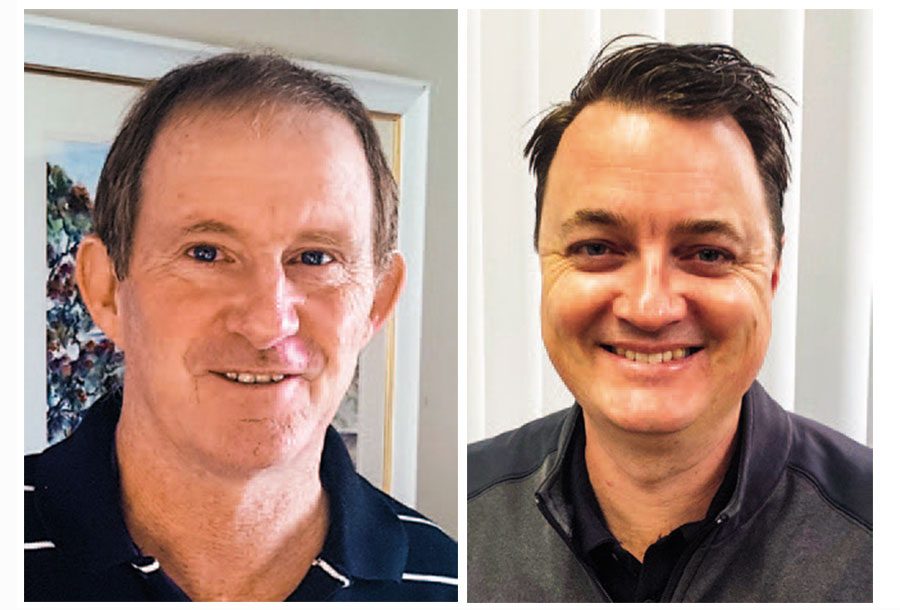 L&B CEO, Mark Milburn, says many users don’t realise that lithium-ion batteries shouldn’t be charged while in use, and that when charging, they require a specialist charger. “Although some people try to get around the latter by installing an AC charger on board, this is actually against the electrical regulations and could cause serious problems.”

He points out that, as a general rule, electric trolling motors should only be run at 80% of their available power, not flat out, or that once the battery’s charge drops beyond a certain level, many of the motor’s advanced functions, such as anchor lock and auto trim will cease to work.

To address these concerns, the L&B team has designed an effective, reliable, and powerful solution. “It became clear we needed an easy-to-understand and simple-to-install system to protect the motor and the battery, meet all the regulations and ensure the owner got all the benefits,” says Milburn.

• A Sterling Power AMPS lithium-ion battery
• A DC-to-DC lithium-ion charger that enables the trolling motor battery to be charged while the vessel is underway, either en  route to a fishing spot or moving between spots
• A dedicated battery switch that means the battery can either be used to operate the motor or be charged – but not both
• A Victron smart shunt that acts like a fuel gauge for the battery, precisely showing how much power has been used/is      available (via cable to the MFD screen or via Bluetooth to a mobile phone or tablet)
• A battery-to battery charger for use with a normal shore-based AC charger (this tops up the lithium-ion battery once the vessel’s engine and house batteries have been fully charged). The system was recently installed in this year’s Hutchwilco NZ Boat Show’s Grand Prize, a 7.5m Surtees 750 Game Fisher fitted with an 87-inch Minn Kota trolling motor.

“It’s a really great system,” says Surtees operations manager Cliff Schnick. “The lithium-ion battery only weighs 13kg versus 35kg for a conventional battery. That’s great for the boat’s ride and performance. Not having to drag all that extra weight around will save the lucky winner a heap of fuel!”

Milburn sees the new charging system becoming the default solution for those wanting to add a trolling motor to a new boat or to retrofit one. “It’s an enhanced, elegant system that meets all the regulations, safely provides on-the-go charging and lets users know how exactly much power they have left.

“Combined with an AMPS lithium-ion battery, it will also save unnecessary weight in the front of the boat, reduce fuel consumption, deliver twice the run time and many, many times the life expectancy of a lead-acid battery. “And for those switching from a conventional battery to lithium-ion, the AMPS footprint is identical. No need for a redesign or rebuild of the battery locker.”