Even if you’ve never heard of the ‘Internet of Things’ (IoT) – the hot buzz-phrase dancing like popcorn through the conversation of every self-respecting techie – you should know it can make a huge difference to the safety and security of your moored boat. Story by Lawrence Schaffler.

For the benefit of anyone not familiar with the IoT, the idea is that just about every device in the modern digital world will eventually have its own, unique identity on the World Wide Web, allowing them all to be interconnected and to communicate with one another. Of course, we’ve had connected devices for many years. Manufacturers and utilities have been using remote monitoring and control for decades and, more recently, ‘things’ are being interconnected via broadband. 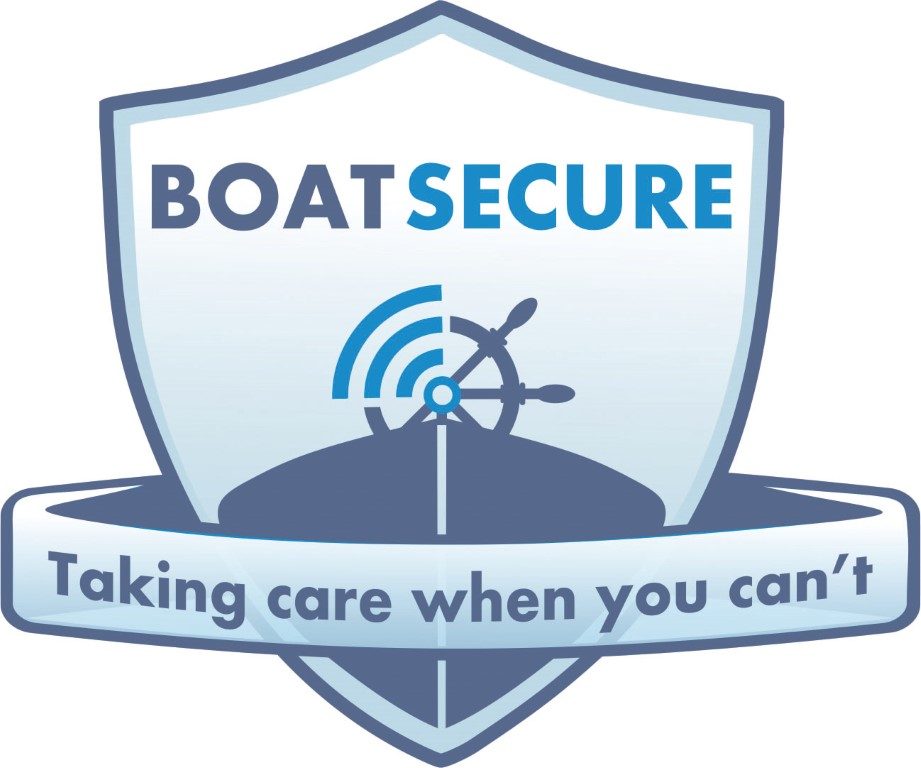 And now, in the new, much-vaunted IoT era, everything becomes a piece of this connected world – your car, your fridge at home, the controller that adjusts your home lighting. And yes, even your boat, moored safely in its usual spot.

BOATSECURE
In New Zealand, IoT and boat safety/security have come together in the just-released BoatSecure – a mobile, cost-effective way to monitor your vessel – 24 hours a day, anywhere in the world.

It’s a collaboration between Matt Hector-Taylor, co-founder and director of local company IoT Ventures, and John McDermott, the owner of BoatSecure. “There are 600,000 water craft in New Zealand,” says Hector-Taylor, “including 10,000 in Auckland alone – moored in marinas and estuaries. That’s a lot of potentially worried boat owners, harbour masters and insurers.”

BoatSecure allows owners to check – via an app on their smartphones – on things like the boat’s bilge pump operation, battery levels (is there even enough juice to power the bilge pump?) and, of course, her location. Is she still on her mooring, where you left her last week? Has she come adrift, or perhaps been stolen? Any hiccup and an alert is immediately sent to your phone, helping to prevent any calamities.

HOW IT WORKS
A BoatSecure device is a small, sealed waterproof box (about the size of a margarine tub) that’s installed on board. It runs off the vessel’s battery (or from shore power for boats living in a marina) and is connected to components like the bilge pump. The box has multiple ports, so additional features such as contact breakers on hatches, for example, can be included in the monitoring system.

Unlike a mobile phone/tablet/iPad, the device doesn’t use a SIM card, but it does receive GPS signals. It communicates its messages to users via a ‘long-range radio’ frequency. Typical current draw is very low – 20mA or less – and a small, built-in, back-up battery will power the device for about a week if other electrical supplies fail. A small solar panel easily copes with the device’s electrical load.

To understand the functioning of the system, you need to understand the significance of the long-range radio signal. BoatSecure uses LoRaWAN (long-range-wide-area-network) – a global radio standard. Relatively new in New Zealand, it’s being rolled out by Spark – at a fairly rapid pace.

LoRaWAN
Most of New Zealand’s cellular (mobile phone) networks operate on frequencies in the 2, 3 or 4G spectrum – and they handle anything from text messages to phone calls to streaming video. These can be data-intensive – and if you’re wedded to your phone you’re probably paying handsomely for the service.

LoRaWAN is very different. It uses the 923MHz frequency which is in the ‘free’ spectrum, so operating costs are negligible. It’s ideal for carrying small, low-data (text) messages.

What’s more, signals using the frequency ‘travel’ easily. Messages can be sent over long distances and the frequency’s also better at maintaining ‘signal integrity’ – the messages are less likely to be corrupted or blocked by the maze of masts and rigging found in most marinas or anchorages.

Spark’s rolling out its LoRaWAN system to cater for a great variety of applications in the industrial and agricultural sectors – the recreational marine fraternity is just another application using the same technology. Towers carrying the LoRaWAN technology have already been established in many of the main centres – and Spark hopes to have 80 percent of the country’s population covered by 2020.

Conveniently for Auckland boat owners, one of Spark’s first LoRaWAN sites is mounted on the Sky Tower. This easily covers most of the city’s water areas and transmissions of over 20km across the Hauraki Gulf have been recorded. 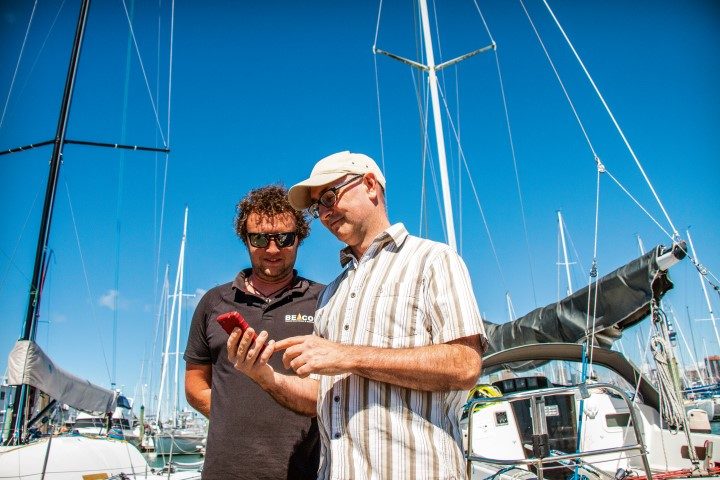 So when the on-board sensors monitored by your boat’s BoatSecure device detect a problem, a message can now be transmitted over large distances via the LoRaWan network. The owner automatically – and immediately – receives an alert via the BoatSecure app on his smartphone.
McDermott says while the system is available to individual subscribers, BoatSecure is in discussion with several marinas around the country to explore ‘fleet’ applications, where boat electricians or marina operators can use a web dashboard to monitor and manage many boats simultaneously.

“We encourage boat owners to sign up to a fleet manager service with either their marina or local marine electrician. With the owner’s permission the boat status and alerts are shared so when any issues arise someone is on-hand to respond and check that the boat is OK or to address any problems.”

HOW MUCH?
BoatSecure is a subscriber service. Depending on how a system is configured for a boat owner, says McDermott, a typical system will be less than $1,000 (excluding the installation costs), with an annual subscription of less than $200. He recommends a professional rather than a DIY installation to ensure system reliability.

BoatSecure will be launching overseas over the next few months.