Now lying in Auckland’s Viaduct Harbour, this grand dame has cruised extensively around the South Pacific since she was first launched in 1976.
Previously named Ulysses (the first of the Ulysses series of superyachts), she was built by Australia’s Millkraft and has enjoyed two refits since then – the first in 2009. But this recent makeover (2020-21) has revived the distinctive styling of her period décor. 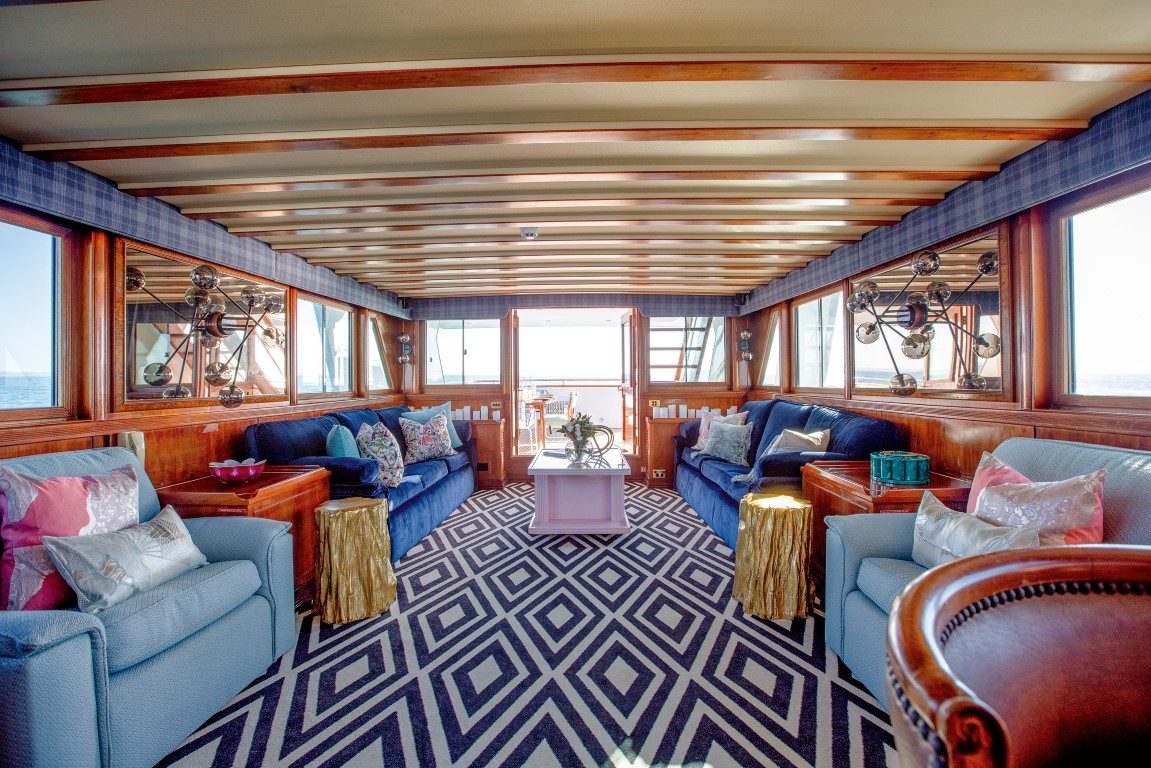 It has also modernised much of her technology and systems – though that’s not immediately obvious. It’s all very discreet – as you’d expect of a vessel that celebrates a more genteel, elegant era.
Particularly noteworthy is the way the makeover team has honoured the vessel’s past, retaining much of her original teak and mahogany panelling, all offset by splashes of colour, modern soft furnishings and silk wallpaper. 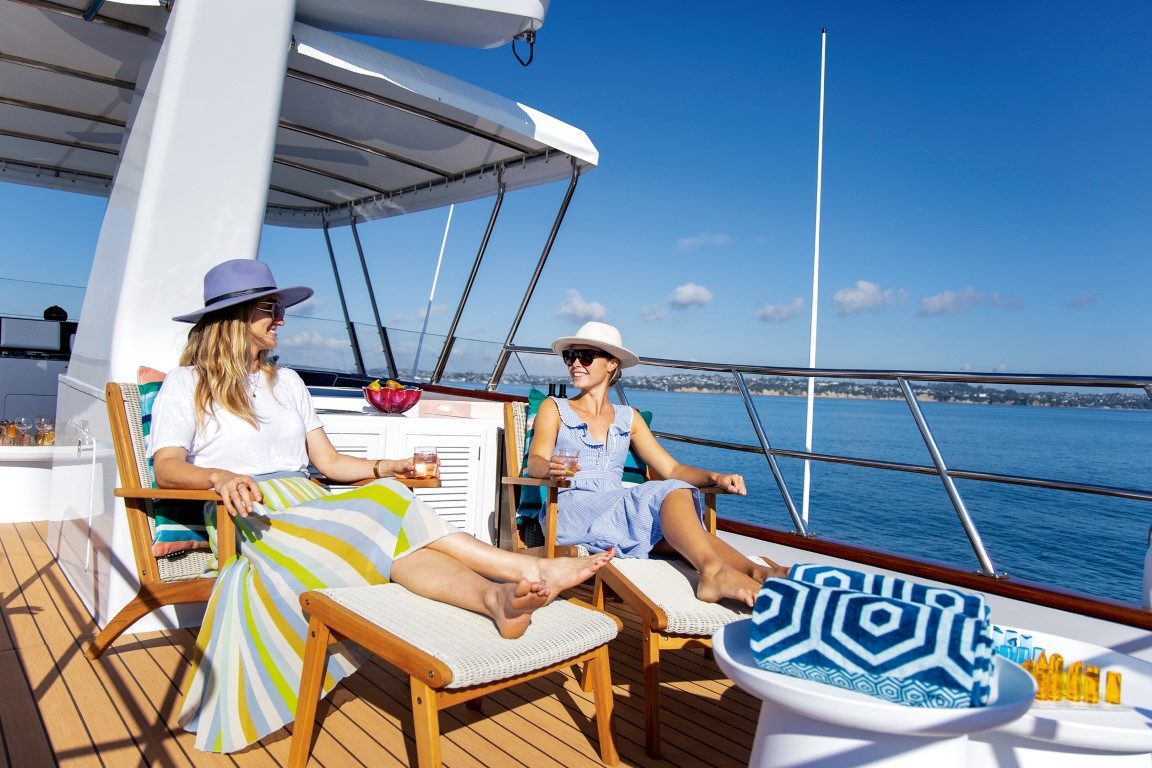 This subtle contrast is evident throughout – the original furniture, for example, has been repurposed and covered in luxurious fabrics, but you only have to explore the eclectic light fittings or bronze taps in the bathroom (carrying traces of verdigris) to be transported back nearly half a century.
Overall, an exceptionally clever blend of old and new, resulting in a very warm, cosy ambience – a classic yacht that’s retained a sense of her history. 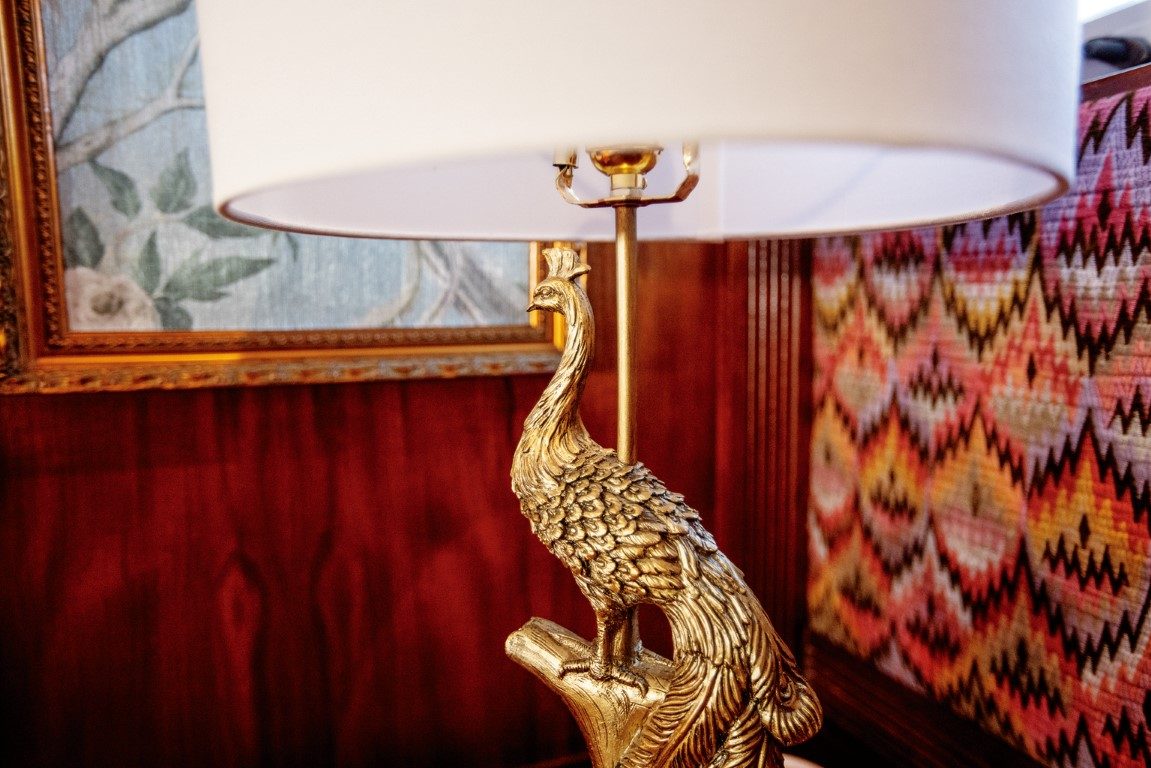 In ‘pure, unadulterated indulge’ mode the yacht caters for six guests in three well-appointed suites – the Kawau (master) Suite, the Motuihe Cabin and the Motutapu Cabin.
If they have the time (and, of course, the money) she is equipped (and has the range) to take guests on exotic cruises as far afield as the islands of Tonga, Fiji or Vanuatu. All enhanced by gourmet cuisine and an extensive wine cellar. A sunset drink in the spa is highly recommended.
In day cruise (party) mode, Sea Breeze III is surveyed to carry up to 99 guests, spread across various deck areas for lounging, dining and entertaining. 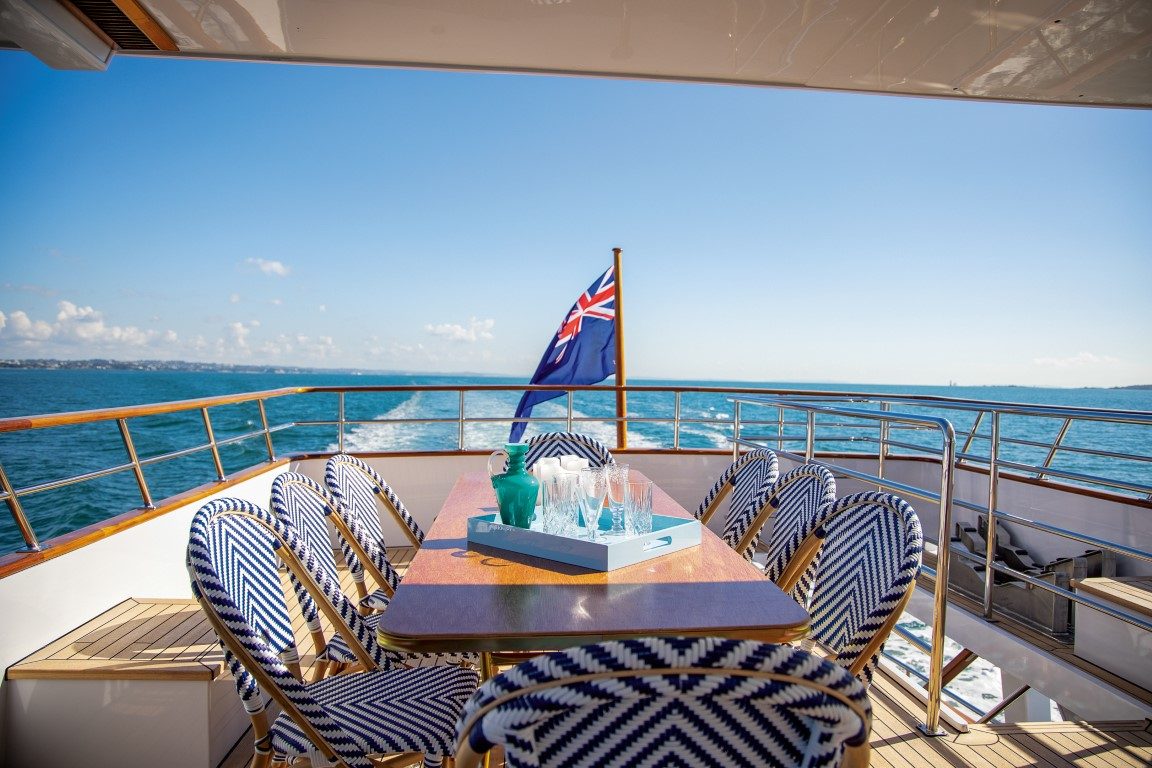