Students of WWll will know that the term ‘kamikaze’ relates to a band of suicidal Japanese pilots who flew their explosives-laden planes into US Navy ships in a bid to thwart the Allies’ advance in the Pacific. It’s estimated around 3,800 kamikaze pilots died during the war, their attacks killing more than 7,000 American sailors. 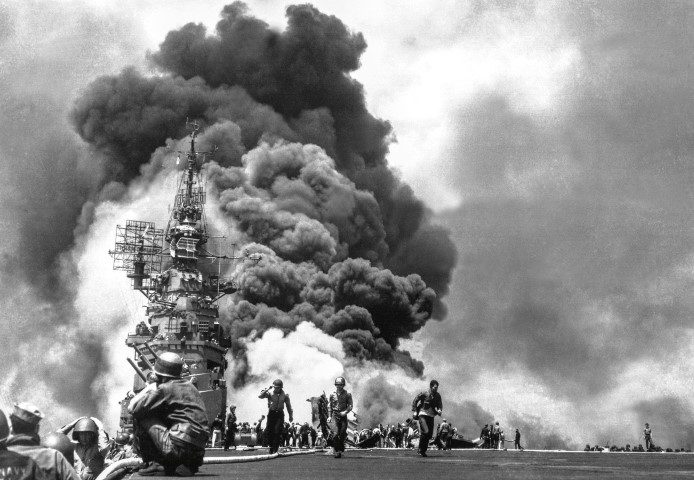 Somewhat oddly, kamikaze translates as ‘divine wind’ – though it’s unlikely the hapless US sailors saw anything divine in the attacks. The kamikaze pilots were to be the ‘divine wind’ that would – once again – sweep Japan’s enemies from the seas. To understand ‘once again’ and ‘divine wind’, you have to travel back to the 13th century, to the time of Kubla Khan and his army of murderous Mongols.

Kubla (Kublai) was the grandson of the infamous Genghis Khan and, perhaps because he was weary of living in his fearsome ancestor’s shadow, harboured his own ambitions. Not content with being Emperor of a unified Mongolia, Kubla launched a series of conquests, continuing where gramps had left off. 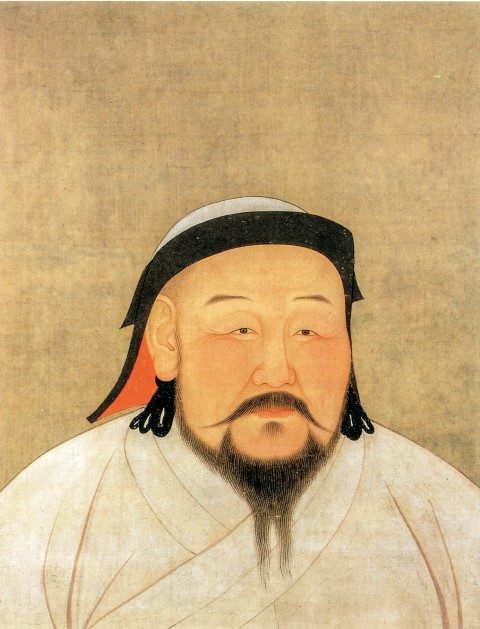 He completed the Mongols’ 45-year-long conquest of China in 1276, also invading Korea. Understandably, everyone in nearby Japan feared their turn was only a matter of time. And with good reason. It seems Kubla was nothing if not courteous: between 1267 and 1274 he sent numerous messages to the Japanese Emperor, demanding he submit to the Mongols – or face the consequences.
Curiously, Japanese diplomats intercepted the messages and didn’t pass them on, so they never got to the Emperor. Interpreting the ‘no response’ as insolent indifference, Kubla got hot under the collar and mobilised his army.
The campaign included a fleet of an estimated 500-900 warships, manned (mostly) by some 40,000 recently-captured Chinese and Korean warriors. It set sail in August 1274 for the first invasion of Japan.
Mongols met the Japanese forces near the shores of Hakata Bay and – in what has become known as the Battle of Bun’ei – slaughtered their way forward. The Japanese retreated but, uncharacteristically, the Mongols returned to their ships. That night a violent typhoon struck the ships anchored in Hakata Bay. The fleet was completely destroyed, taking the lives of thousands of Mongol soldiers.

Round 2
A lucky escape for the Japanese, but Kubla wasn’t finished. He immediately began rebuilding the fleet and recruiting more warriors. Seven years later, in August 1281, the Mongols returned with a fleet of 4,400 ships and estimated 70,000-140,000 men. Once again the battleground would be Hakata Bay.

But guess what. The night before the battle was scheduled to begin, a violent typhoon struck again. Japanese records suggest more than 4,000 ships were destroyed and 80% of the soldiers either drowned or were killed by samurai on the beaches. The battle became known as one of the largest and most disastrous attempts at a naval invasion – ever. The Mongols never attacked Japan again.

The typhoons that saved Japan from a certain foreign conquest were viewed as gifts from the gods and lovingly named kamikaze (the divine winds). But for the two kamikaze typhoons, Japan would have been conquered by the Mongols, and we wouldn’t be driving Toyotas today.

The Protestant Wind
Some three hundred years after Kubla’s failed attacks, similar meteorological good fortune helped the English fleet thwart Spain’s mighty navy. In 1588, in what is regarded as one of naval warfare’s seminal battles, the English routed the Spanish Armada, helped in part by a ‘Protestant’ wind.

And as history demonstrates so often, religion was at the root of the conflict.

After decades of cool relations, Spain’s staunchly-Catholic King Phillip II decided to attack England and her ‘heretic’ Queen Elizabeth. England had become Protestant and no longer accepted the Pope as the head of the Church. The Pope encouraged Philip to reinstate Catholicism in the green and pleasant land. 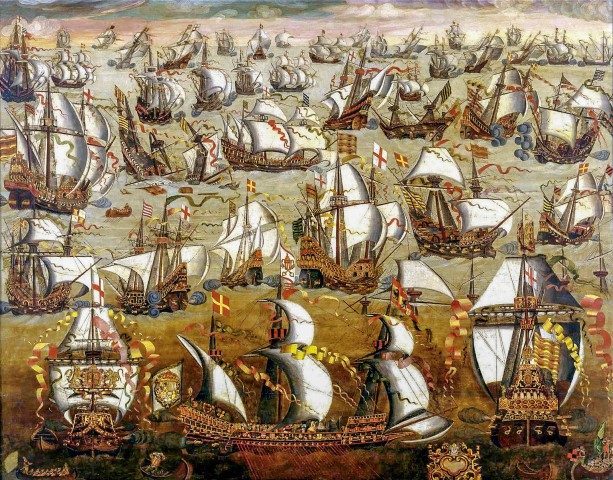 In 1588 Philip launched his Armada. Widely considered invincible – even by the English – it comprised 132 vessels, more than 20,000 troops, 8,000 sailors and 2,500 guns. Of course, there was an immediate problem: the Armada’s massive galleons were floating fortresses – but they sailed like pigs. The English had developed smaller ships that could sail closer to the wind and were much more manoeuvrable.

After weeks of skirmishes the final phase of the conflict saw the English pursuing the Spanish fleet eastward and a great battle took place off the coast of Gravelines. Facing defeat, the Spanish opted to flee and sail for home.

Crucially, though, the winds were southerly – and unusually strong – and the English fleet was blocking the escape route. The Armada’s only option was the ‘northabout’ route – up the east coast of Scotland, over the top, returning to Spain via the west Irish coast.

It didn’t help that no one had charts for the route. But it was the unusually wild wind (a Protestant wind, the Spanish believed) that caused the damage. Of the Armada’s 120 ships, half were lost, wrecked on the Scottish and Irish coasts. Some simply disappeared. Two-thirds of the fleet’s 28,000 soldiers and sailors met the same fate.

The religious authorities in Spain were mystified: why had God sent the Protestant wind? They finally decided it was the Almighty’s vengeance – he was clearly annoyed that the Spanish had taken too long to evict the Moors from Granada in the previous century.