Alan Haddock’s one of those quiet, self-effacing chaps who’s worked tirelessly behind the scenes at Coastguard for decades helping others. His main contribution has been education, training boaties how to go to sea and return safely. John Macfarlane has his story.

While Haddock’s uncles were involved with the sea, his father Herbert and mother Rose Edith became Waikato farmers and it was here Haddock was born in 1928. There was no question about staying on the farm: “From as long as I can remember, all I wanted to do was go to sea.”

But this wasn’t easy in the closing stages of WWII. Aged 16, he eventually managed to secure a ‘boy’ position aboard the Northern Steamship Company’s coaster Kapiti.
He later graduated to the Port Line’s Port Halifax and Port Fremantle, in which he voyaged between New Zealand and the UK. As an aside, the Port Line was originally named the Commonwealth and Dominion Line and eventually became part of the well-known Cunard line.

In 1955 he met his future wife Margaret in Sydney and, seeking a family life ashore, left the sea in 1955 to join Ansett Transport Industries, then owned by Reg Ansett. Ten years later he joined Alltrans, founded by Peter (later Sir Peter) Abeles, an Australian transportation magnate.

Abeles had master-minded the merger between Alltrans and Thomas Nationwide Transport, growing it into one of the world’s biggest transport companies.
In 1964, Abeles asked Haddock to open a branch of Alltrans in New Zealand. Haddock’s wife wasn’t keen, but with the understanding they’d try New Zealand for a year and return to Sydney if it didn’t work out, he agreed.

After setting up an Alltrans office in Auckland he took up pleasure boating. Following a recommendation, he commissioned Tauranga boatbuilder Dick Smith to design and build him a 7m runabout, which he named Seaduction. “A beautiful boat.”

He joined the Outboard Boating Club (OBC) and the Auckland Volunteer Coastguard (AVC). Around that time the AVC was undergoing a renaissance in membership after having dropped to fewer than 70 members at one point.

This renaissance came about largely due to the efforts of the president, Dr John Taylor, who later drove the fundraising for a new Coastguard building at Okahu Bay – still in use today.

Haddock was soon into the thick of things at both organisations. In 1970 he began tutoring fellow OBC members in a Safe Boating course. He also organised and operated a Safe Boating stand at the New Zealand Boat Show.

Between 1969 and 1976, he followed Taylor as President and became the Search & Rescue (S&R) Group Chairman at AVC, which meant organising the rostering and S&R operations of some 30 displacement and 15 trailer boats. He also undertook his share of S&R operations in Seaduction and his later boat Kiribilli, a 12m Terry Cookson-designed and built GRP launch.

Around this time he also represented Coastguard on the Small Boat Safety Committee (SBSC), and one of his first contributions was dropping the then system of grid charts used in S&R operations, in favour of either a distance and bearings from a known point, or latitude and longitude.

“I wouldn’t have a bar of grid charts. They were dangerous in my opinion. How could people use a grid if they didn’t know where they were?”

During these years he and assistant Keith Archer organised the control and patrol boats for the Epiglass 40 and Atlantic 100 power boat races, which meant organising 70 vessels and making in excess of 600 radio calls in a 12-hour period.

In 1974-5, New Zealand Post announced that the then DSB (Double-Sideband) radio frequencies were going to be phased out in favour of VHF, which was line-of-sight range only. AVC began discussions with New Zealand Post about keeping the DSB for S&R operations, without success.

So Haddock and fellow AVC executives Barry Thompson and the late Harvey Sheppard met with Prime Minister Robert Muldoon. In his typically bullying manner, Muldoon refused to deal with the trio, saying he’d only deal with a national body.

At that time, each boating region had its own S&R organisation, which had usually evolved to suit local conditions. Some like Auckland used the word Coastguard, others, such as the Sumner Lifeboat Institute, didn’t. S&R organisations were fragmented, which unquestionably Muldoon knew.

Calling Muldoon’s bluff, Haddock and Sheppard invited the other New Zealand marine SAR organisations to a meeting in Taupo, which eventually resulted in the formation of the New Zealand Coastguard Federation, a National body, with Haddock being elected pro tempore President.

While the Federation failed to retain DSB radio bands for boaties, by using repeaters throughout the region, boaties were eventually able to get very good radio coverage over the VHF bands.

While Coastguard has provided seamanship training for its own members since 1937/8, it wasn’t until the mid-1960s that it began offering training – albeit fairly basic – to recreational boaties.

Until the 1970s the Ministry of Transport (MOT) had run most of the pleasure boating courses, such as the Boatmaster Course (original named Yachtmaster – 2nd Grade – Certificate) and the Master of Pleasure Yacht Coastal (Yachtmaster 1st Grade). 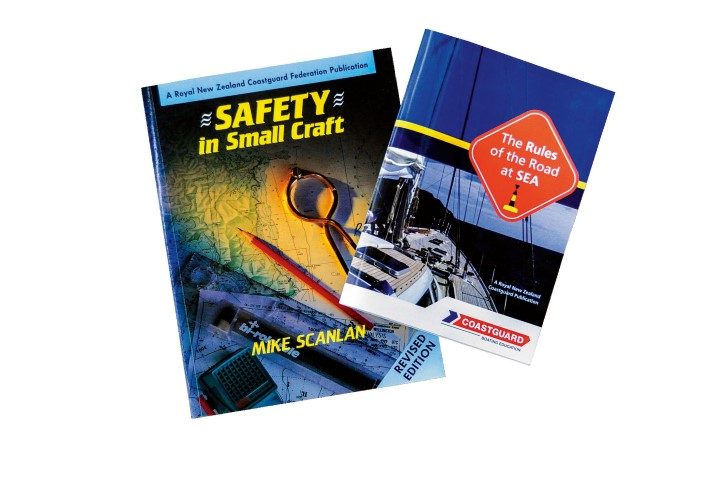 But in 1985, like many government departments, the MOT undertook a major restructure. The next year Coastguard took over the tutoring of the Boatmaster, Master of a Pleasure Yacht Coastal and Master of Pleasure Yacht Ocean Courses.
In addition to running courses at its own facilities, Coastguard courses were offered through local colleges, making them far more accessible to the public.

What became known as The Royal New Zealand Coastguard Incorporated was founded in Auckland in 1937/8. Over time, other SAR organisations were founded in various regions, each having its own name, brand, funding, standards and operational methods.

In 1976, as detailed above, a National body was established – the New Zealand Coastguard Federation – primarily for the purposes of radio frequency allocation. This was a relatively loose organisation that represented the various independent Coastguard S&R units in regard to issues at a governmental level.

In the late 1990s, it became apparent there was a need to standardise and better control policies and procedures in the areas of health and safety, litigation, customer expectations and more throughout the country.

But there was concern that some of the smaller units around the country may lose their independence through being controlled by a single National Centre. The solution was to divide Coastguard into four regions – Northern, Eastern, Central and Southern – allowing the smaller local S&R units within those regions to have bigger influence than would have been possible had they all been lumped together under a single National entity.

Basically, this means everything but the core S&R functions are handled at a regional level, freeing up the operational staff to focus on their core activities – saving lives at sea. Besides thousands of volunteer hours, funding for S&R operations comes from membership subscriptions, grants and other external fundraising such as lotteries.

Founded in 1979, Coastguard Education has always been a national organisation. It’s set up as a Limited Liability Company with Charitable Tax Status, and besides course fees is funded by grants from the likes of Water Safety and Lotteries.

From initially only offering four courses, Coastguard Education today offers more than 20 marine courses ranging from the basic VHF Radio Operators Certificate through to comprehensive RYA/MCA Yachtmaster Coastal/Offshore/Ocean Qualifications. And while these have traditionally been aimed at the pleasure boating public, Coastguard Education is increasingly offering training to commercial operators.