A keen sailor, acquiring Manitou was one of the first things Kennedy did when elected as the 35th President of the United States in 1961, having fallen in love with the 27-tonne, mahogany-hulled yacht.

He first saw Manitou at Annapolis while still a senator, earmarking her as a more stylish alternative to the existing presidential yacht – the 28m launch Honey Fitz. Built in 1931, that vessel was used by President Eisenhower as a shuttle to the Newport Golf Club and was colloquially known as the ‘Floating Locker Room’. 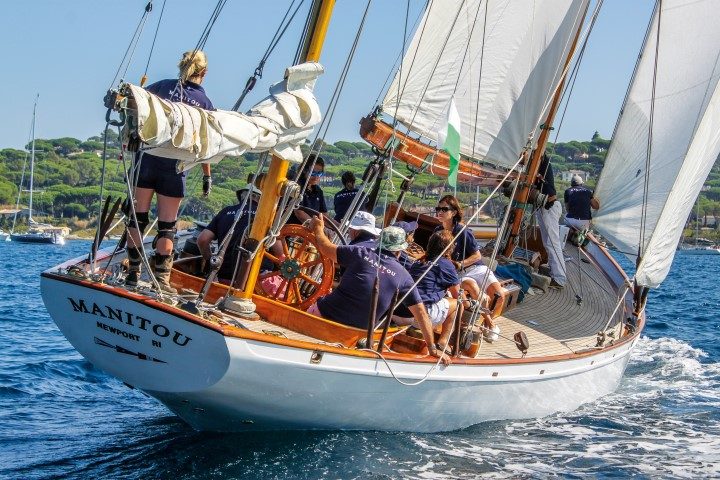 Kennedy, though a golfer, had sailing in his blood and received his first boat as a 15th birthday present. This was the 26’ Wianno Senior Victura (Latin for ‘to come alive’). She is now displayed at Boston’s John F. Kennedy Presidential Library and Museum. In a speech at the 1962 America’s Cup, Kennedy famously declared:
“We have salt in our blood, in our sweat, in our tears. We are tied to the sea.” 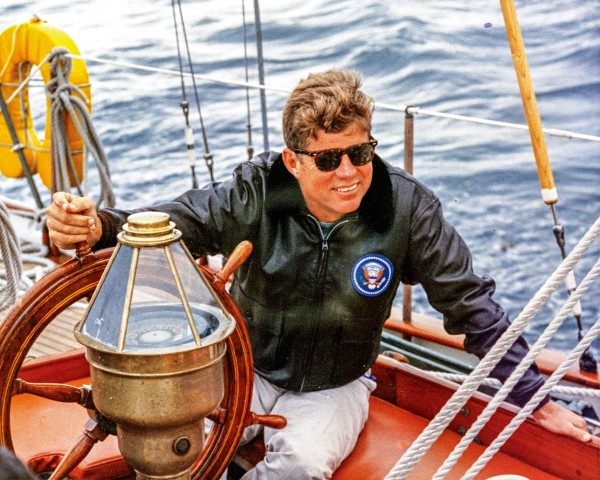 Manitou (‘the spirit of the wind’) was commissioned by James R. Lowe, a member of both the Chicago and New York yacht club. He asked Olin Stephens to design a boat that could win the 289-mile Chicago-Mackinac Race across Lake Michigan. She was built at the MM Davis & Son yard in Solomons, Maryland and launched in 1937.

Manitou promptly won the 1938 Chicago-Mackinac Race in the cruising division (on corrected time), and came a close second the next year before winning it again in 1940 and 1941. Lowe sold her in 1955 and in 1968 she was bought by the Harry Lundeburg School of Seamanship in Maryland to be used as a training vessel. 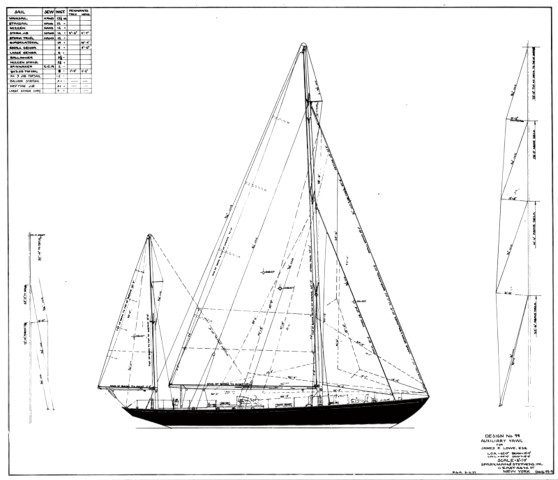 When Kennedy bought her engineers were instructed to fit her out as a working presidential office, incorporating the equipment he’d need to keep in touch with the White House while sailing. She was soon dubbed the ‘Floating White House’.

Kennedy only raced her once, off Newport, in a bet with a friend – Emil ‘Bus’ Mossbacher – the future two-times America’s Cup winner and later Chief-of-Protocol under President Nixon. Mossbacher’s boat was the 38-foot Weatherly – but when things got tense around one of the marks the attendant Secret Service crews ended the race. It had become too ‘dangerous’. Kennedy, reportedly, was fairly miffed.

During his time Kennedy not only used her as a presidential yacht, but also invited numerous stars and starlets aboard as guests. The bathtub in the aft cabin, located under the cabin sole, is said to have been host to some of these, including Marilyn Monroe. 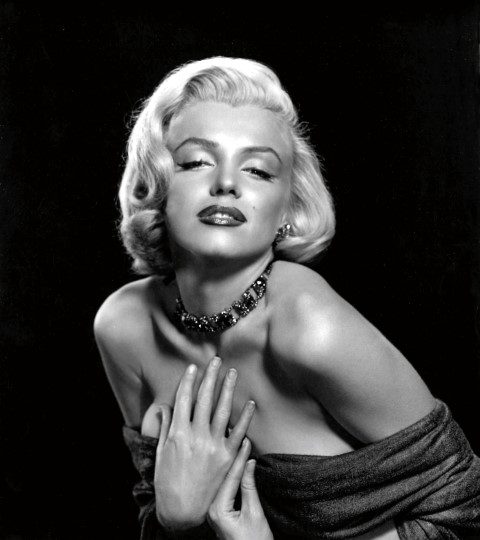 Kennedy was a doodler – particularly of boats. During the Cuban Missile Crisis he filled his White House notepads with sketches of boats. On the last night of his life, November 21, 1963, at the Rice Hotel in Houston, he drew a sloop under full sail. Chambermaids found it after he left for Dallas.

Manitou ended up abandoned in Annapolis between the 1970s and the noughties, until 2010, when a consortium made up of New Zealand, American and Swedish owners bought her and had her restored in a Maryland boatyard before shipping her to the Mediterranean. 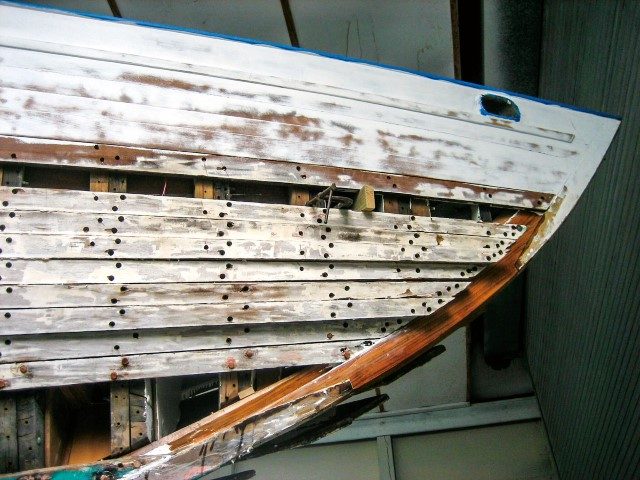 The original butternut interiors have been retained, her engine changed to a 120hp Yanmar and the infamous sunken bath in stern cabin – as well as the original fireplace – remain in place.

Now owned by UK businessman Hamish Easton, Manitou is still very much alive and well. “Like any living entity,” he says, “fresh blood is always required. Ownership of Manitou is really a dedicated caretaker role. She’s 81 and – if looked after – will live to 200.” 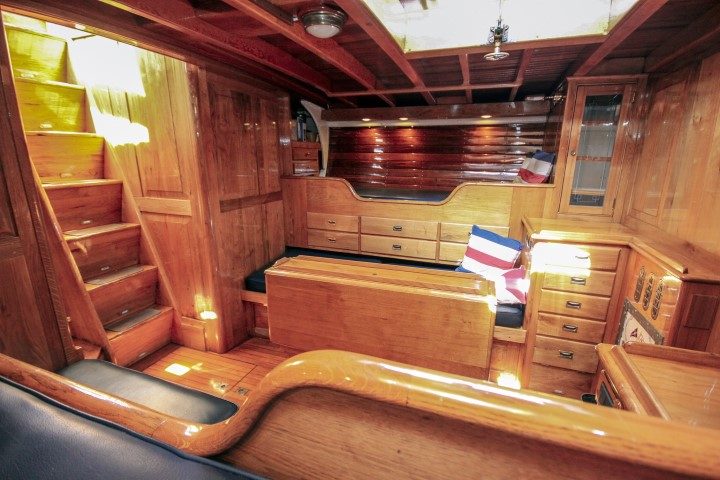 Kiwi Skipper
Over the last two racing seasons in the Med, Manitou has been skippered by New Zealander Guy Robinson.
Born in Waipukurau, Robinson grew up on a farm in Hawkes Bay and started sailing when his father bought a farm near Kerikeri in the Bay of Islands.

A man of many talents, he’s had a varied career. Over years he’s worked in industrial engineering, house demolition, fencing and farming, and has been a postman, farrier, bread vendor, stevedore and a house builder. At 6’4” he has also played semi-professional basketball in Europe. 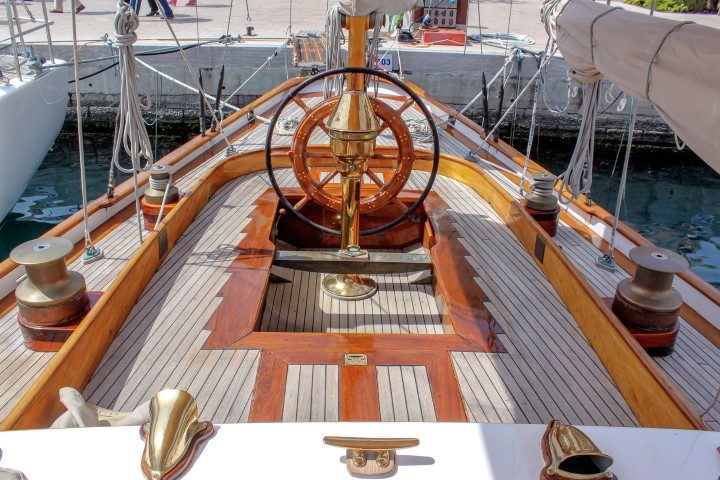 “I came to skipper Manitou through the friendship with Phil Jordan, born a Kiwi and one of the original owners of the boat. It was he who actually found the boat on the east coast of the States and then managed her renovation at Zahniser’s yard in Solomons, Chesapeake Bay.”

Manitou has been based in Cannes for eight years and sailing her, he says, is a glorious experience. “Apart from the obvious history, I derive great pleasure from the fact she’s a S&S. I don’t think Olin Stephens ever drew an ugly boat and sailing a S&S is always a thrill.”

The yacht made her Mediterranean racing debut at the Les Régates Royales de Cannes in 2011. Four years later, she won the Vintage trophy in the Panerai Classic Yachts Challenge. She competes annually at the Cannes Royal Regatta in September. 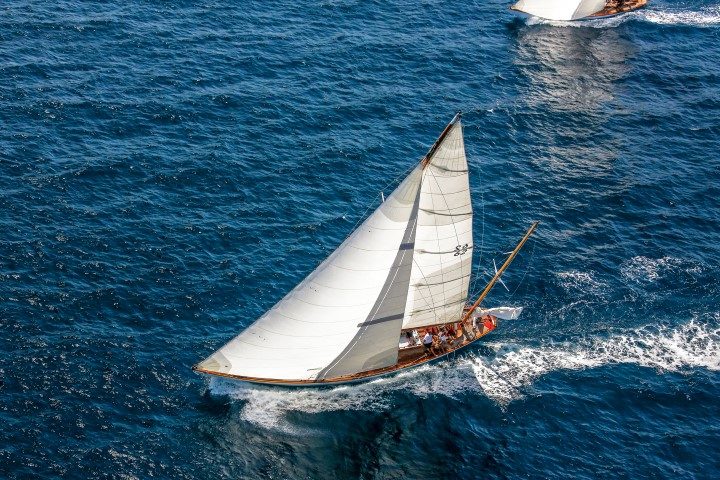 This regatta was conceived in 1929 by the International Yacht Club de Cannes (founded in 1859) to pay tribute to King Christian X of Denmark and, after floundering for a few ears, was revived in 1978. The Cote d’Azur hosts 200 classic boats racing around the Bay of Cannes and Iles de Lérins. The Trophee Panerai is the most coveted prize.

Sailing Manitou, says Robinson, is tricky, largely because there are no self-tailing winches. “Finding up to 14 suitably experienced crew is always difficult. Some yachts are entirely crewed by ‘professional crew’ – others are 50/50. On Manitou we liked ‘friends-of-friends’ or one degree of separation.

“Most crew can make one or two regattas a year but there are four Panerai and one Rolex events. There have been up to seventeen regattas in the Mediterranean during the season – it’s difficult to do them all. There’s always a lot interest – but not always the commitment. ”