Taking friends for a sail is one of the great pleasures of owning a boat, writes Matt Vance – a way to share your kingdom with people you like. It’s one of the few instances in life where you can select good people over all the other types you have to tolerate on land – a sort of Noah’s Ark of good humour and easy company.

On Whitney Rose the invitation is issued as a simple statement: “Come for a sail with us.” This is more than a mere invitation; it’s a ticket to a kingdom. Like all good invitations, it is not issued in desperation. Whitney Rose is a good cruising boat and can easily be handled alone.

Because of this, the invitation is offered in recognition of the quality of the company and not for their sailing ability.

Perhaps the most confusing aspect of the statement “Come for a sail with us” appears to be the “us”. It is a habit I have picked up, of referring to the boat and me as plural, as much of the time I sail Whitney Rose alone.

On a handful of occasions it has caused great confusion to my guests. On coming aboard their eyes dart around the boat looking for what appears to be my imaginary friend. When they eventually find out my imaginary friend is a boat they are well-reassured. 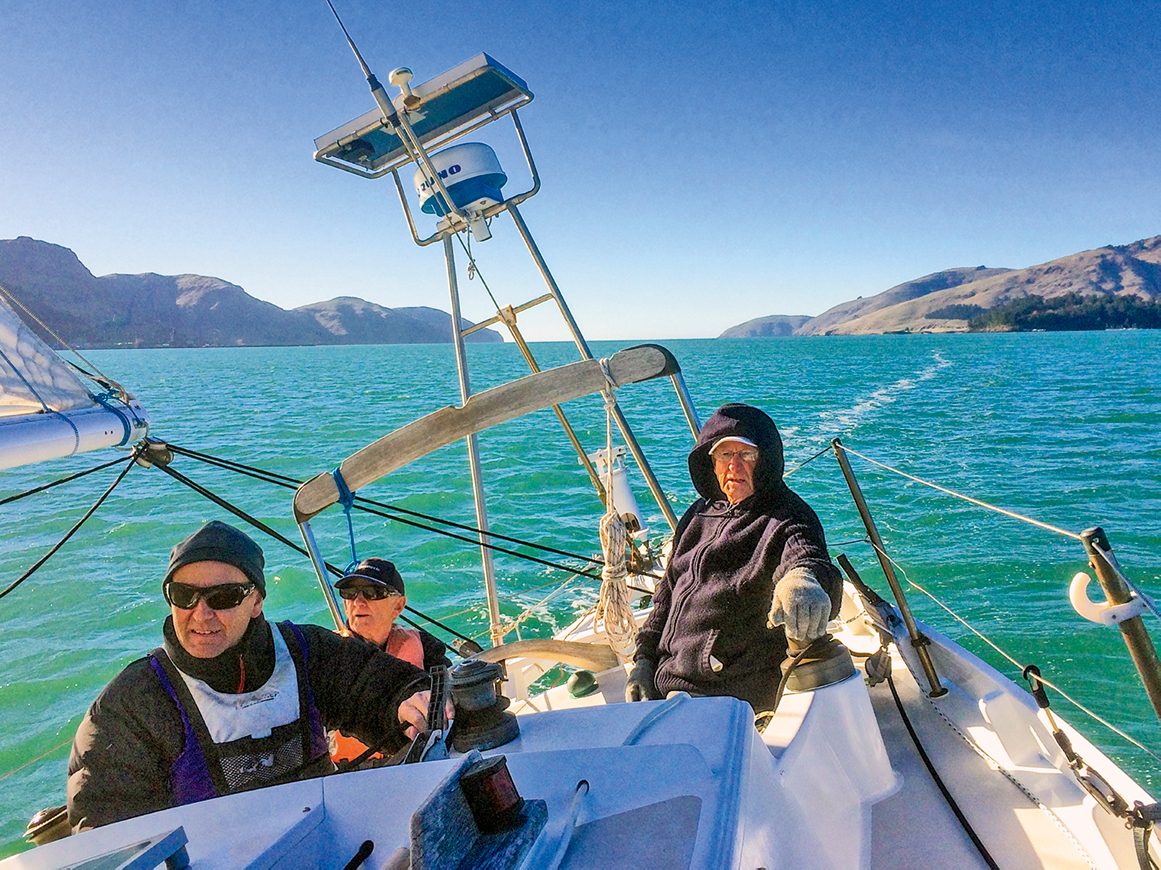 More often than not my guests are landlubbers who are curious about the sea. While most landlubbers are harmless enough, keep in mind that landlubber logic has brought us talkback radio, nuclear weapons and line dancing – all reasons to take pity on them and take them sailing.

Once aboard, these landlubbers will have the faintest hint of terror in their look. They will nervously spin the winches, poke their nose briefly down the main hatchway and take up position in the cockpit, where they will remain for the rest of the day.

The boat will heel to the first puff and they won’t look reassured by the two-and-a-half-tonnes of lead on the bottom of the keel holding us upright. After a time they’ll begin to relax and take the helm at which point they will hog it without a trace of guilt. By late afternoon I will hint that we run for home. At this suggestion, they will suddenly develop the demeanour of reluctant children.

There will be plenty of questions along the way, like “what is that red mark for?” There will also be definitive statements like “Power gives way to sail” as they eye up the large container ship charging down the channel. They will look in disbelief when you tack the boat to get out of its way.

They will like to talk and start up deep conversations just at the point that the shore is looming up and the boat needs to be tacked. It is hard to pretend you are listening to their innermost revelations while you are tending to the sheets and winches.

Headlands and points will have a magnetic attraction for them. Suggestions to “Keep off a bit” will be overwhelmed by this magnetism. You will teach them to sail to the woollies on the luff of the genoa and they will look at you aghast when you tell them “You are too high” and they will reply “But I have only had one beer!”

They will have a sense of time that is not linked to the weather. They will fire in conditions like “We can’t make it till this afternoon.” They will look incredulous when you say, “The longer you leave it the windier it will get.” As the skipper, all of it will be your fault, like any spray that might find its way onto the deck and frost their sunglasses with salt.

They will not trust the marine toilet and view the finer points of its plumbing with a thinly-disguised disgust. They will not be frugal with limited resources and will use water and electricity like they are free. They may even purport to be green but will have no experience of going without or making do.

They will be incredulous as you let go the helm and the Whitney Rose begins sailing herself fuelled only by the wind. Despite what you say, they will wear their dirty land shoes aboard and bring glass bottles of beer. They will look dubious when you say you enjoy sailing alone. Sometimes you will think about sailing alone while they talk.

On very rare occasions you will get an unwelcome guest aboard who has snuck in on someone else’s invitation. An invited friend introduced one such person as “My fiancé.” She had only been aboard a matter of minutes before she declared loudly from Whitney Rose’s foredeck “Isn’t sailing a great lifestyle option?”

It was as if I had selected the weekend recreation from a glossy catalogue – I had an overwhelming desire to deep-six her and her fashionable white pants, sailor outfit and dirty shoes over the side.

But there are others who have become regulars. They would never bring an uninvited guest and are smart enough to wear clean bare feet around the deck. They assume their favourite position, either in the galley with a tea towel over their shoulder, producing endless streams of nice food or they take up position hogging the helm. 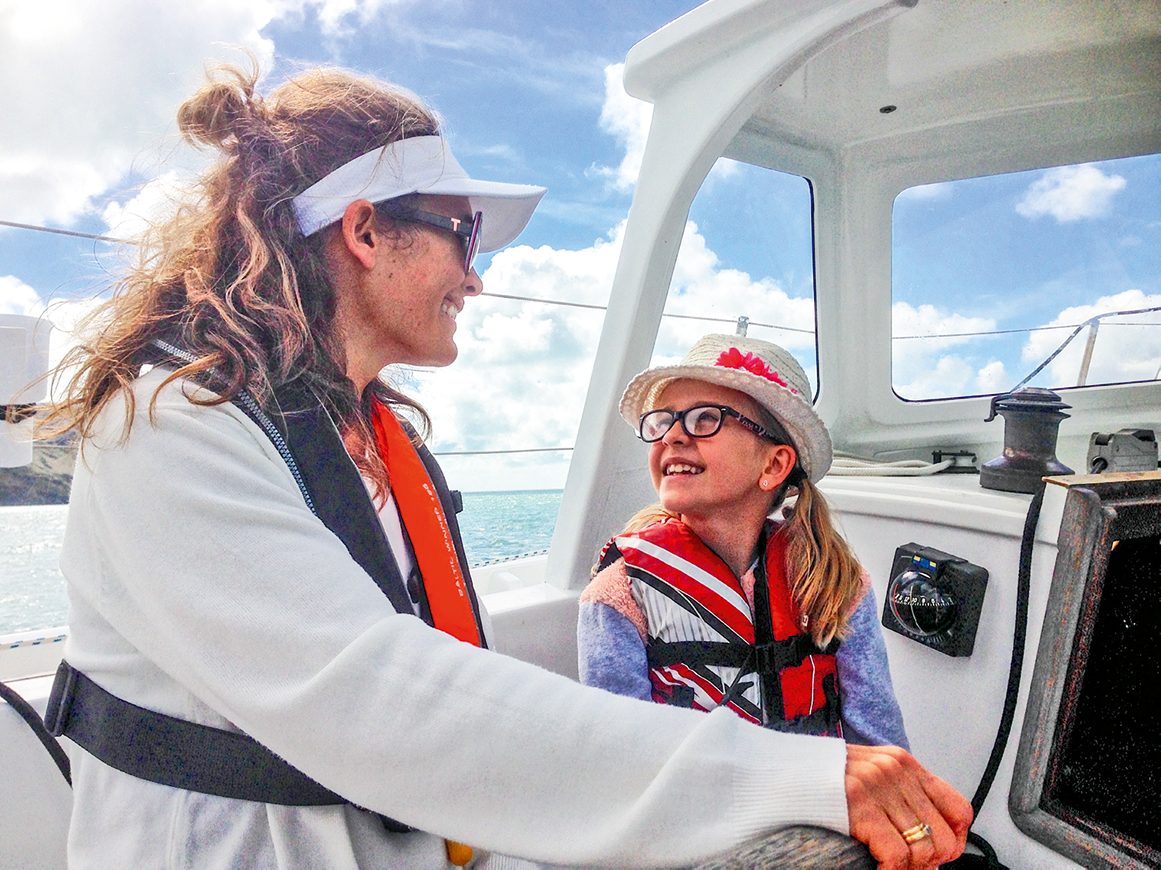 They are comfortable with the ritual of sailing and are nearly as addicted to it as the owner. Some of this mob gets to experience overnight trips to favourite bays, where there are conversations deep into the night by the glow of a kerosene lamp.

On land they are plumbers, teachers and billionaires, yet all that does not seem to matter when they step aboard. They shed a skin or two and immerse themselves in the nation of the boat. We become a small community with simple rules to live by. It is the sea and us and that puts a blessed black and white relief on everything. While the regulars are enjoyable, observing the reactions of first-time sailors aboard Whitney Rose is a delight. I have witnessed responses to the first puff of wind and surge of the helm that have spanned the range from complete cosmic revelation to virtual mental collapse, all of them honest and all of them allowing a brief peek at the person below. This is usually a privilege that only those who tend the dying and terminally ill get to enjoy.

Each guest will, without asking, bring something for the boat. Mostly it is food and drink. Any not consumed by the crew will go into the kitty, like some offering left at a shrine. The majority of these offerings are consumed by other guests with the exception of a bottle of rough brandy left aboard by a prominent psychiatrist, which seemed to last forever until it was found that mixing it into a hot Milo on a cold day made it just drinkable. 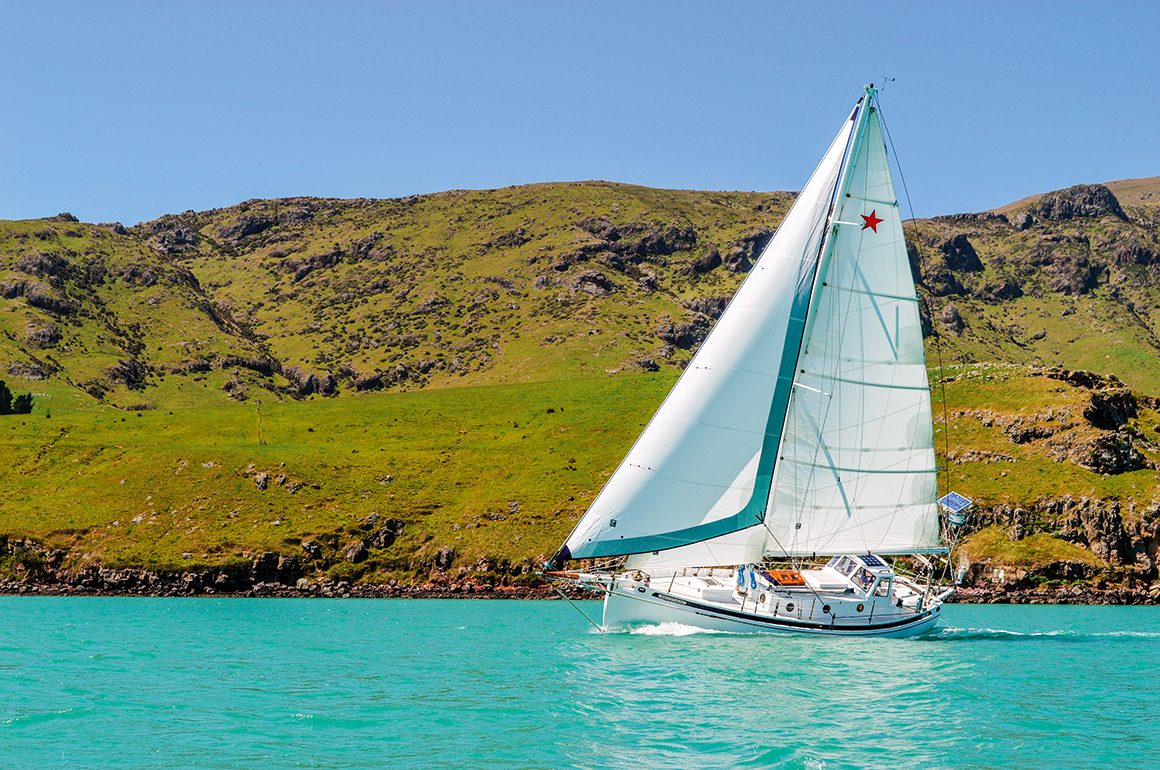 There is coffee in a tube, which says more about the ability of condensed milk to make anything taste good than about the coffee. There is also a beautiful smell of oiled timber wafting around the cabin and if you spend long enough on board, this aroma will get into your clothes and hair so that after a time you will smell like the boat. One female guest said, “If you could bottle that smell you could make a fortune in the perfume business.” I remain a poor person who smells like a boat.

For the landlubbers, even a day sail will be one of the more outrageous adventures they have ever had. Their initial discomfort as they watch the land thin down to insignificance over the course of an afternoon reach out to sea will later turn to bravado at dinner parties.

There are times when I consider sailing only with sailors, revelling in the silence of questions not asked. It only lasts a little while before I return to taking on board a motley collection of landlubber friends, quietly cursing their dirty-shoe-worst while simultaneously rejoicing in their honest-faced-best.