For anyone unaware, Titanic was actually one of threesister ships built for the White Star line – the other two being Olympic (slightly older) and Britannic (the youngest).

Representing the bows of these gigantic liners, the museum is an angular, imposing edifice, its aluminium-clad exterior gleaming in the sunlight. And though the museum’s architectural design draws on the three vessels, it is definitely Titanic’s gig. 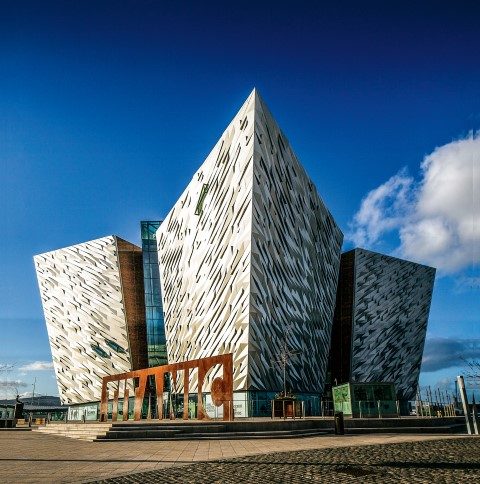 Meandering through the exhibits is about as close as you’ll ever get to experiencing the reality of what was once labelled the ‘ship of dreams’ – now a rapidly-decaying wreck nearly four kilometres below the surface of the North Atlantic.
For most 21st century observers, the story of the 882-foot (269m), 46,328-tonne Titanic is largely about the tragedy – the loss of more than 1,500 lives in the frigid waters off Newfoundland in the early hours of April 15, 1912.

But many are fascinated by the glamour and opulence of her wealthy, first-class passengers – as depicted so caustically in James Cameron’s epic 1997 blockbuster starring Kate Winslet and Leonardo DiCaprio. Others nod sagely at the arrogance of her owners and operators – and the inevitable fall that follows hubris. 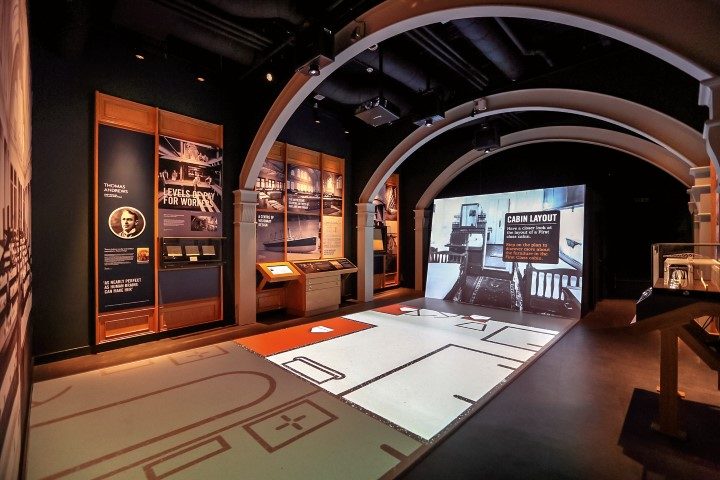 There’s an intriguing overview of the monumental battle between White Star and the arch-rival Cunard line – each angling to secure the Blue Ribbon – the coveted prize for the fastest Atlantic crossing.

These elements are all strikingly presented in the museum’s exhibits – with all the supporting visuals, smells and audio – along with plenty of lesser-known facts about the ill-fated ship. You can even view mesmerising underwater footage of the wreck on the ocean floor.

But for me the museum’s take-home messages are a little more complex.

You can’t help admiring the innovation and sophistication of her design – and the scale of the engineering. At the time of her launching, Titanic was the world’s largest man-made moveable object. 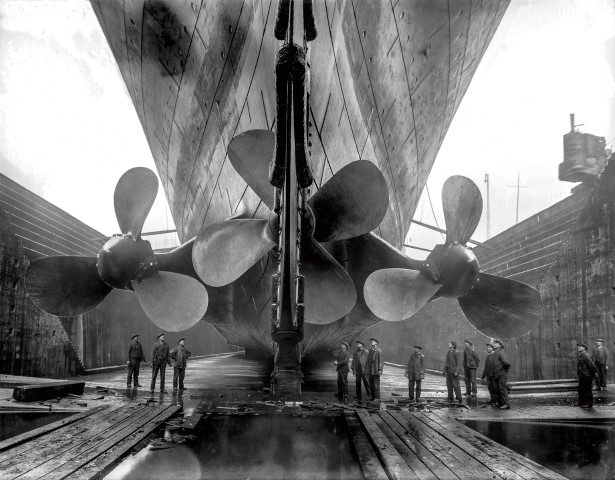 I also didn’t know that when work began on Titanic in 1909, Harland & Wolff was the world’s largest commercial shipyard, employing around 14,000 men. So large, in fact, that her slightly older sister, Olympic, was built alongside her at the same time, with both slipways serviced by a single gantry – the world’s largest. 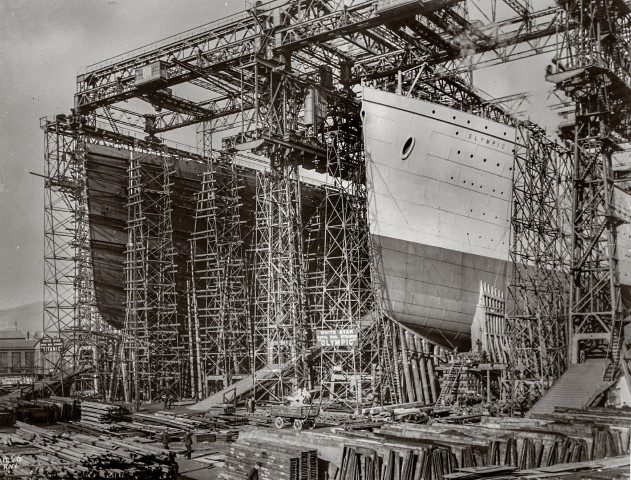 And yet, offsetting all of that, you come away with a slightly uncomfortable insight into the mindset of class-conscious Edwardian England. You tour through the ‘re-created’ world of the first-class passengers – their cabins, the grandeur of the dining rooms, the menus(!), the gymnasium, the Turkish baths. 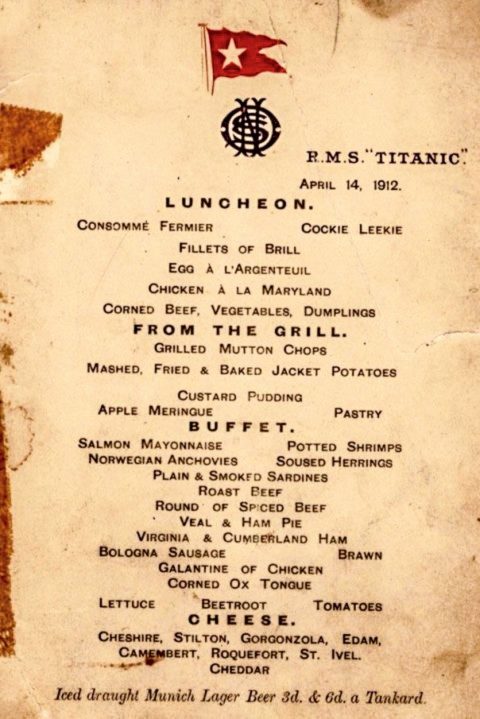 The difference between this and the less-opulent accommodations/dining facilities for those travelling second-class is staggering, and it’s worlds away from the rabble in third-class (steerage) consigned to bunks far below in the vessel’s bowels. And God forbid there should be any integration of the strata – even by error.

Titanic cognoscenti – and the museum is crawling with them – are known as ‘Titanoraks’ and, after exploring the museum, you feel semi-qualified to join the club. Over the years many observers have commented on the psyche of the people of Belfast – and even of the wider Ireland – following the sinking of Titanic. Everything went very ‘flat’ – especially at the epicentre of the world’s ship-building industry – and there’s a sense that it never really recovered.

Perhaps that sentiment underscores the popular and slightly defensive quip often heard around Belfast today: “She was all right when she left here”.

Belfast Titanic is a wonderful, thought-provoking place – a superb portrayal of the ill-fated ship that simultaneously reflects on the wider maritime, economic and industrial issues of Belfast in the early 20th century. 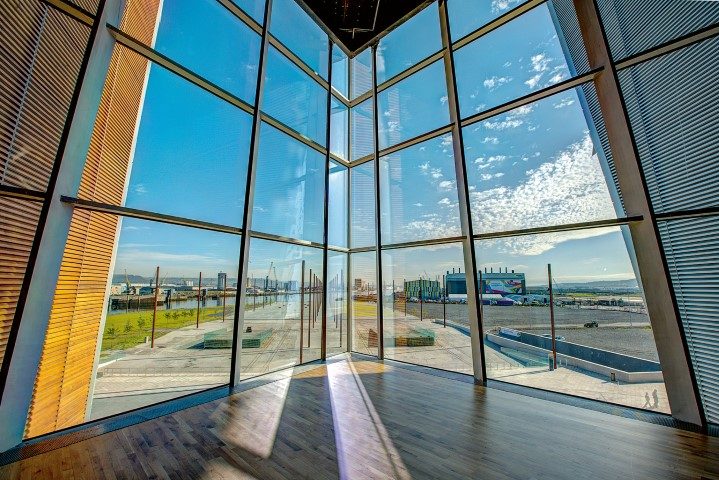 Since it’s 2012 opening – commemorating the 100th anniversary of the ship’s sinking – the museum has attracted millions of visitors. It’s also won multiple awards and was judged Europe’s Leading Visitor Attraction at the World Travel Awards 2016.

If you’re in the area, it’s a must-visit. Leave yourself plenty of time.

Titanic Trivia
Spend enough time at the museum and you’ll pick up a few Titanic curiosities:
• 246 injuries and two deaths were recorded during her 26-month construction
• She burned through 600 tonnes of coal a day – serviced by 176 stokers
• She had her own on-board newspaper – the Atlantic Daily Bulletin
• Everyone knows she didn’t have enough lifeboats. Her 20 lifeboats could accommodate 1,178 people, about a third of the ship’s complement. But the original design specified 48 lifeboats. The rest were sacrificed to keep the decks looking uncluttered 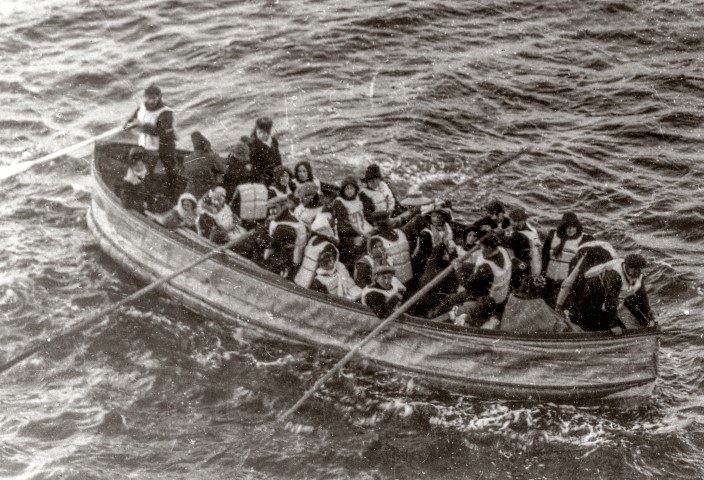