But this year my aim is to be less focussed on catching snapper for the table. I love a feed of snapper, but worryingly low stock levels of popular eating fish due to unsustainable commercial fishing practices has got me thinking about what fish I eat.

Tarakihi is one such fish, with east coast stocks at just 16% of virgin biomass when 40% is considered the minimum sustainable level. Snapper is far and away the most accessible catch where I live in Auckland, but it too is under pressure from overharvesting. It is thought snapper stock levels in the Hauraki Gulf are slowly building, but the biomass is still well below where it should be, so it wouldn’t hurt to give snapper a bit of rest.

Most of the fish eaten in New Zealand is caught commercially, with the industry concentrating on those few species most popular with consumers. Many, like tarakihi, are in serious decline. That’s why organisations like LegaSea and Forest and Bird are urging Kiwi consumers to consider eating alternative species sustainably caught from fish populations not under threat. 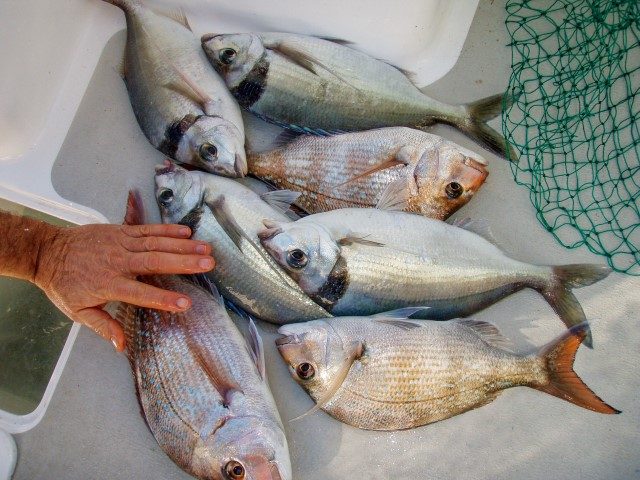 LegaSea is the public outreach and fundraising arm of the New Zealand Sport Fishing Council and Forest and Bird is an independent conservation advocacy organisation.

In its 2017 Best Fish Guide, Forest and Bird classifies a list of 85 commercial fish species based on sustainability. While the guide doesn’t reflect the most recent stock assessments, it labels most popular table species, including hapuku, trawled blue cod, snapper and tarakihi, ‘do not eat’.

For recreational fishers such advice is somewhat problematic: snapper is the predominant catch in areas like Auckland while blue cod dominates in many southern fisheries. It can be difficult to catch anything else. Fortunately, fish caught recreationally make up a small percentage of the total catch and even the ‘do not eat’ advocates agree that line-caught fish are the most sustainable, also for the commercial fishery.

Forest and Bird’s ‘do not eat’ advice is largely directed at people who buy fish, which too often is harvested unsustainably. Provided they fish responsibly, I can’t see a problem with recreational fishers eating the fish they catch. Amateur fishing is small scale, yet it provides fishers with nutritious meals and the health and well-being benefits of outdoor recreation. Compared to commercial fishing, it has minimal impact on fish stocks. 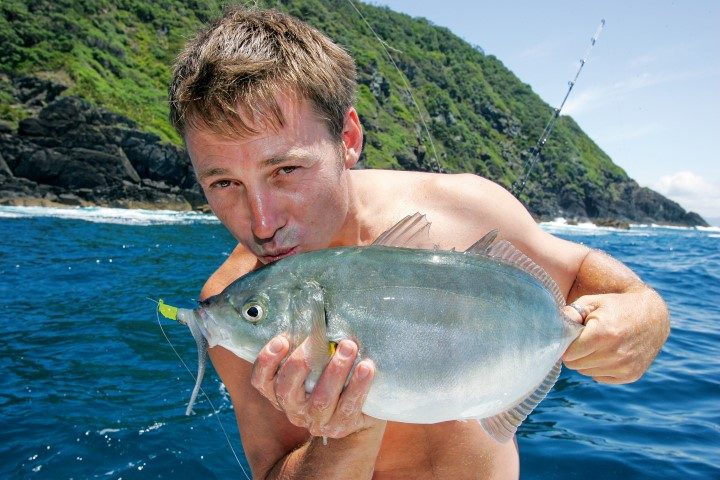 Many consumers believe fish caught commercially using damaging and unsustainable bulk fishing methods such as bottom trawling, purse seining and large-scale set-netting should be avoided on ethical grounds. The best fish retailers can advise their customers how the fish they sell was caught, where and by whom. They take pride in supplying sustainably caught fish, often sourced locally and fresher for it. Such retailers should be rewarded with our custom.

Although we are surrounded by water, New Zealanders tend to eat a rather limited range of fish. A few popular varieties supply the bulk of the retail market. In part, I believe that’s because of the limited way in which we prepare fish, which leans heavily towards battered and fried. Delicious though that can be, there are far more interesting (and healthier) ways to eat fish. Ask the Japanese, Greeks or Scandinavians.

As consumers and anglers, when it comes to fish, we really should expand our culinary horizons. Not only would our palates benefit, but demand for species under pressure from unsustainable fishing would be reduced.

Instead of keeping snapper, blue cod or tarakihi for the table, why not try eating trevally, kahawai, sea perch or warehou? All of them are good – as are most of the fish in our waters – but each offers different eating qualities depending on its lifestyle and physiology. 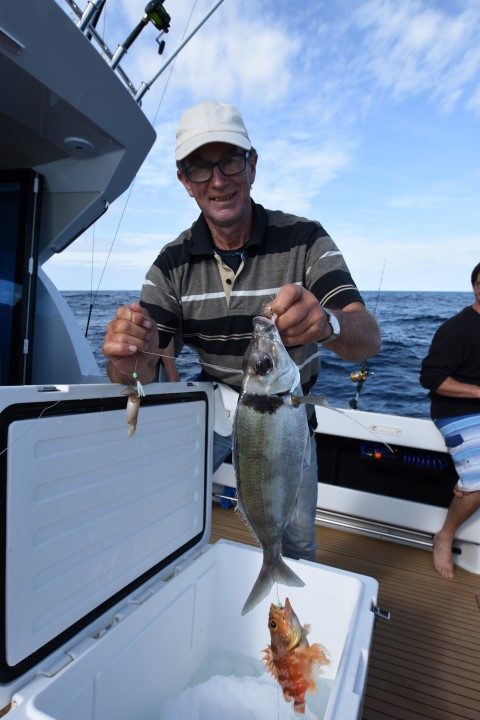 Pelagic fish that swim constantly – tunas, mako sharks, marlins and others – have dense ‘meaty’ flesh which may or may not be dark-coloured. Many people don’t like those qualities, so pelagic fishes are seldom seen on our dinner tables.

The texture and oil content of a fish’s flesh strongly influences people’s opinion on its palatability. For example, until recently most New Zealanders considered tuna too oily, too dark, too strong (in flavour) or too difficult to cook to be worth eating. It is only now becoming popular with New Zealand diners.

Tuna, marlin, mahimahi and other pelagic fish are very good to eat, though the meat should not be cooked in the same way as white fish like snapper, monkfish or john dory. Sear it like a good steak and it is a different proposition altogether.

That said, fish like marlin are apex predators. Naturally occurring in small numbers compared to the fish they prey on, they are especially vulnerable to overfishing, and like tuna, marlin stocks are in decline. Much of the tuna and all the marlin sold in New Zealand is imported (a moratorium prevents the commercial harvest of marlin in New Zealand’s EEZ). There are plenty of more ethical species to buy. 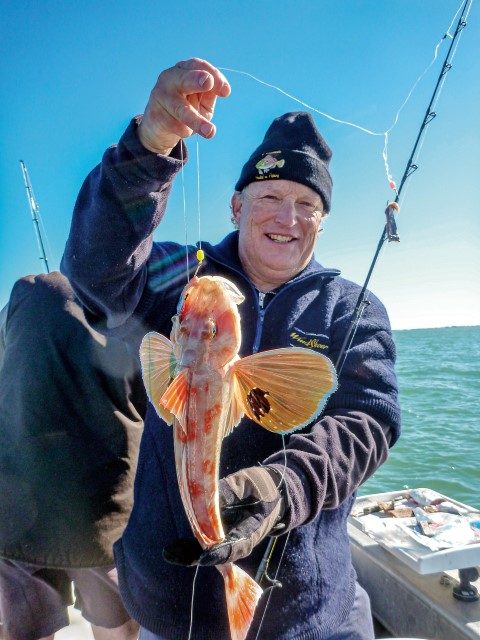 Even common, readily-available inshore species such as jack mackerel, mostly considered a trash species or at best good only for bait, is fine eating. Flavoursome and only moderately oily, bigger specimens furnish reasonable fillets, while smaller ones can be cooked whole with Asian or Mediterranean flavours.

Another ‘bait’ species is slimy (sometimes called ‘English’) mackerel. This fish is quite common in parts of New Zealand and grows to a couple of kilos or heavier. It’s a close cousin of the Atlantic mackerel, which is such a popular food fish in Europe. An oily fish, it smokes up well, but it can also be prepared using any of the hundreds of recipes for mackerel.

Our pilchard, another ‘bait’ species, is almost identical to the sardine, which is such an important food fish all over the world. Although local pilchards are quite easy to catch using small sabiki bait flies and are occasionally sold fresh, we seldom eat them. Even New Zealand pilchards sold as bait are often fresh enough for eating. Any recipe for fresh sardines works equally well for fresh pilchards – try grilling them whole on the BBQ, sprinkled with salt.

One fish that’s available to virtually every recreational angler is kahawai. With its robust flavour, darkish flesh and meaty texture when fresh, it has never been highly regarded in New Zealand as table fare. Kahawai is relatively oily and the flesh of large fish can be coarse. Fillets also contain dark meat close to the bone, which has a strong flavour.

The red meat is not a result of neglecting to bleed the fish but rather the slow-twitch muscle used for continuous swimming. Kahawai are active schooling fish that swim long distances, so they have quite a lot of this red meat (tuna have much more).

Fast-twitch muscle is whitish. It’s responsible for explosive bursts of speed and many of the more popular eating species have mostly white, fast-twitch muscle because they don’t have to swim long distances to find food. In kahawai, the red meat is easily trimmed away.

Kahawai doesn’t deserve its bad rep as an eating fish. Bleeding the fish straight after it is caught makes a big difference to its flavour, and even more than most species, kahawai should be chilled immediately. It’s best eaten very fresh, as the flesh softens after a day or so in the fridge. 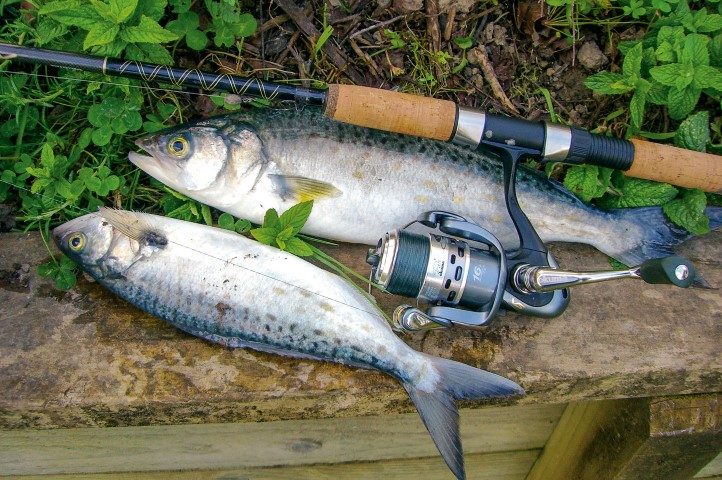 Like most fish, the eating quality of kahawai varies with its condition. Kahawai that have recently spawned are poor eating, but fat fish in good condition are delicious and smaller specimens are better than large ones.

Kahawai is good simply fried in butter, but it’s not bad battered either. Where it really comes into its own is baked or used in seafood casseroles, stews and curries. Like trevally or kingfish, which is also excellent cooked this way, kahawai has relatively firm flesh, so it holds together well. 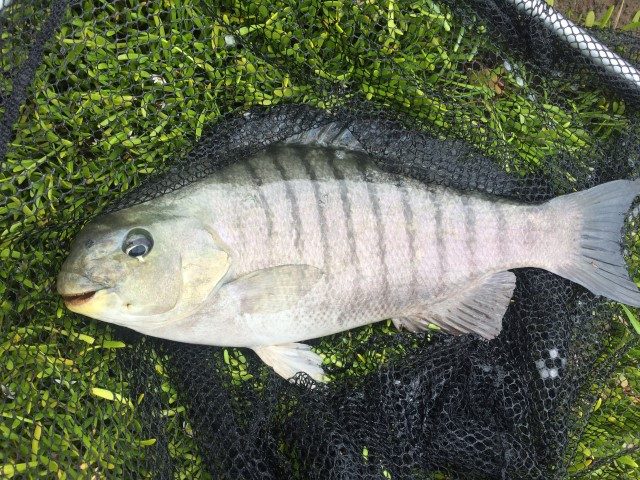 I’ve already mentioned trevally, but other fish to try, depending on what’s available where you live, include scorpionfish (watch the spines), maomao, sweep, parore (common and not bad eating if gutted immediately), grey and yellow-eyed mullet, porae, rig, elephant fish, banded wrasse (gut immediately), butterfish/greenbone, blue moki, red snapper, pigfish and many more. A bit of inspiration from cultures where fish is highly valued can provide appetising cooking ideas. The internet is full of such recipes.

A tip: don’t be afraid to cook fish whole or to eat it by picking the meat off the bones. You waste much less meat that way, and cooked whole, even a small fish can provide a decent meal.