Twenty years ago, Tony Smith placed a ‘crew wanted’ advertisement on the noticeboard at a Les Mills gym in central Auckland. I answered. It set my life on a new course. Turns out I’m not the only one. By Zoe Hawkins-Wilde.

Tony Smith was born and raised in Thames. A fitter and turner by trade, he was raised on P-Classes, graduated to Cherubs and eventually into keeler sailing, part of a close-knit group who migrated between the Coromandel township and Auckland to race on various boats. 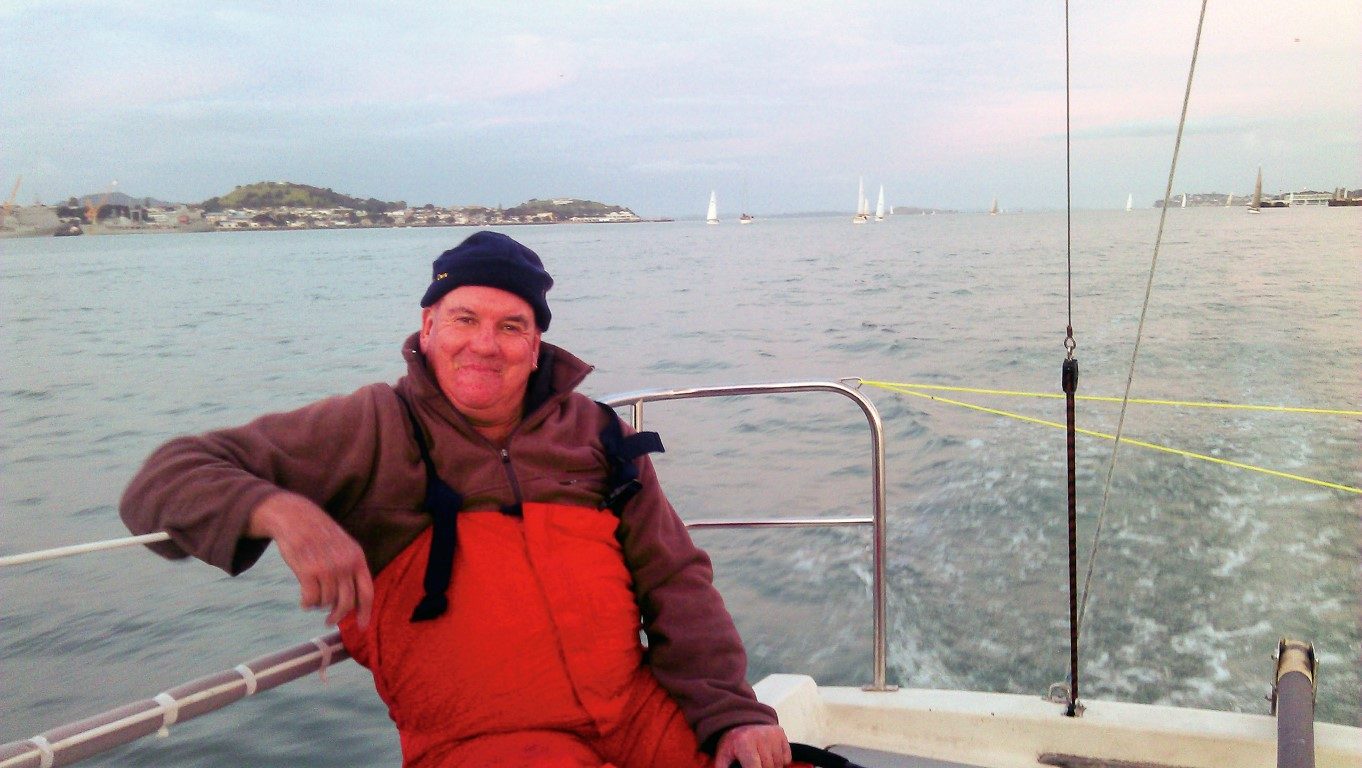 In 1982 he purchased the hull and decks for a Ross 930, a new type of keelboat that was low on weight and big on sail power, with the ability to plane and sail fast. With his father’s help he finished the boat in his garage, christened her Fast Company and launched her in 1984.

Since then he’s made the boat – and her crew – his life’s work. He is a master at team-building, and over the years has created a huge, sprawling family unrelated by genetics but united in their love for sailing – and sailing on Fast Company in particular.

The yacht’s one of the country’s most prolific race boats – estimated to have sailed in around 5,800 races since launching, covering a whopping 101,000 nautical miles – the equivalent of four world circumnavigations. If there’s an inshore race going on out of Westhaven, chances are Fast Company will be there. 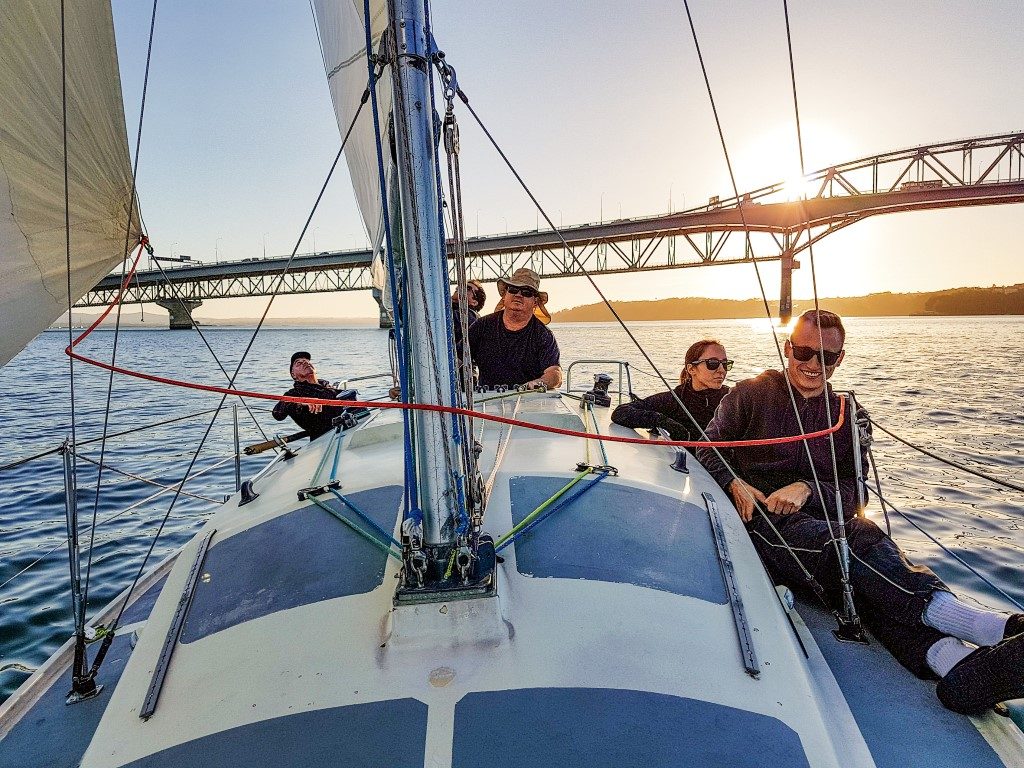 I remember arriving for my first race on Fast Company 20 years ago: shy to meet new people, nervous about sailing, scared stiff when the boat heeled upwind. Likewise, Andrea Rush is one of Tony’s long-serving crew members.

She had spent time cruising in the South Pacific (surviving a shark attack no less) but had never experienced racing until introduced to Tony and Fast Company by a friend in her new-mum’s coffee group. It was, in fact, my sailing gear she borrowed for her first sail.

Like the estimated 1,400 others the boat has hosted over the years, she enjoyed a warm welcome. Being light and athletic, Tony placed her on bow, as he did with me, where she was very handy. Over time she took opportunities to learn to trim sails and became a valuable, well-rounded crew member.

“Tony manages people so well,” she says. Indeed, it’s estimated that he has filled around 35,000 bums on seats over the decades. And with that goes a huge number of associated phone calls – he doesn’t use texting or emails. Whether it’s tourists turning up spontaneously at the pier gate looking to get out on the water, or serious wannabe-sailors looking to find a crew spot (like Andrea and I), he always finds room. 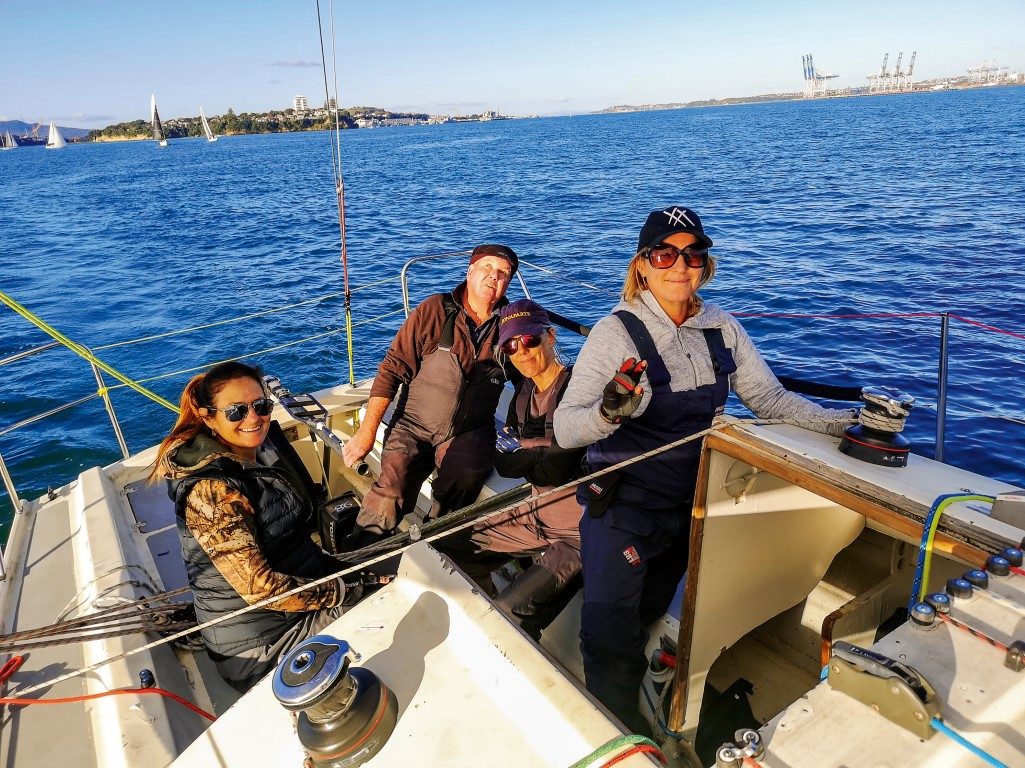 It’s no secret that yacht racing is a high-pressure sport and that tension onboard can be off-putting for new sailors. While Tony is no different from many other skippers (he goes into low-boil mode when the heat is on), his tried-and-true recipe is to have a core number of crew who know what they are doing, and several who are new and learning.

“It was always fun – no stress,” says Andrea. “He always has a smile on his face, quick with a joke, but under it he is very good, competitive sailor.”

Another crew member – Sally Ostick – remembers a mischievous trick Tony would play on new crew, telling them: “If you fall off, just swim to Devonport Wharf and I’ll send a cab.”

“I have always loved sailing on Fast Company because you are sure to get a job whether you are ready or not – definitely the best way to learn. Tony and I often butted heads over his dreadful jokes, but when I sadly lost my dear mum, one of the first phone calls was Tony Smith with his deepest sympathy and real concern. That’s the measure of the man and just one of the reasons we all keep going back,” says Sally. She has crewed with Tony for nearly 20 years.

Tony says the recreational races on Thursdays and Fridays – where spinnakers are exempt – are his feeder events for new crew, who can learn what they need to know before joining the ‘A team’ on Wednesday. A high proportion of his crew are female – he says they make the best crew.

I’d already sailed with him for several years when he gave me the opportunity to helm in the Ponsonby Cruising Club Women’s Series – a move that would give me the confidence to buy my own keelboat, another Ross design. That in turn enabled me to begin a professional career as a marine industry writer. And history repeats – my own dinghy-mad teen is set to learn ‘foredeck’ on the boat this coming winter.

Although it’s hard to keep track, over the years quite a number of the crew have met their life partners onboard. When that happens, Tony is almost always invited to the wedding. He has also occasionally found himself a less enviable position – deciding who will leave the crew when the relationship sours. At least 10 children (probably more) have been born as a result of relationships that originated on Fast Company.

Tony is on a continual quest to make the boat lighter and faster. When the Ross 930 class recently moved from a strict one design rule to a box rule, it gave him license to take it to the extreme, removing all cruising attire and even removing part of the interior. In fact, says crew member Vera Huehn, “whenever I return to sail with Tony there seems to be another part taken off.” She has sailed with Tony since 2005.

Fast Company may not be the flashest boat in the fleet but Tony invests where it counts. He is a skilled sailor who knows his boat – and the Waitemata Harbour – like the back of his hand. He knows where the advantages are in all wind directions and on all parts of the tidal cycle. 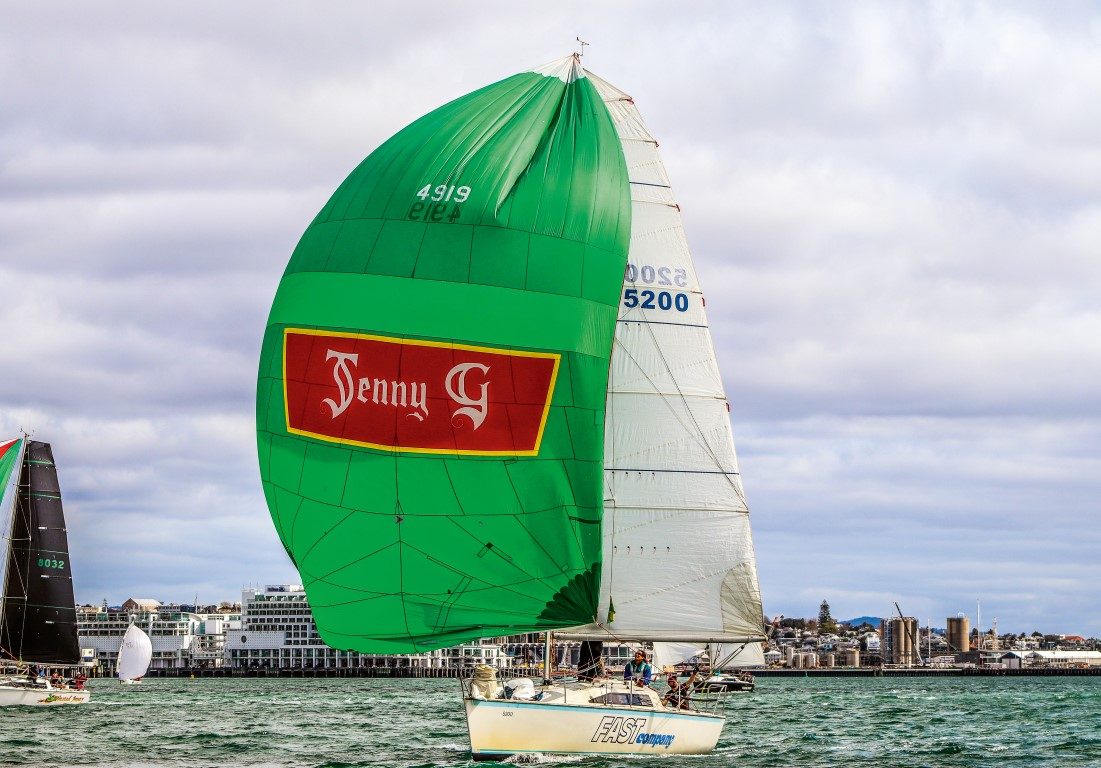 He is a specialist at two-sail reaching and carries equipment to ensure his headsail is trimmed correctly with a tweaker or a pole to leeward or to windward when required. Very competitive, he has made the most of sailing on the smell of an oily rag – still opting for Dacron sails while his competitors have gone for carbon and other exotics.

Tony has made many people happy through sailing – and it doesn’t take much to make him happy: “When I am in front with my spinnaker filling – is when I’m happiest.”

Hillary and the Ganges