Sharing the joy of sailing with others was my privilege as an occasional charter skipper for 16 years on Sydney Harbour, recalls Kevin Green.

A university with its own sailing yacht, as the blurb for UTS (University of Technology) stated in its prospectus, caught my attention when I matriculated for my Masters degree. Having recently sold my yacht in southern Spain and emigrated to sunny Sydney, I was in need of boat, or at least a way to continue sailing. A fortuitous meeting at the Double Bay Sailing Club (DBSC) with Peter Russell changed my life for the next 16 lovely years.

Stalwart sailor, occasional crewman on the illustrious yacht Love & War and UTS lecturer, Peter had advised the university sports union to purchase a yacht in 1999. This proved a controversial buy, with some factions citing the elitism of being the only university with its own sailing yacht, which few students could experience. 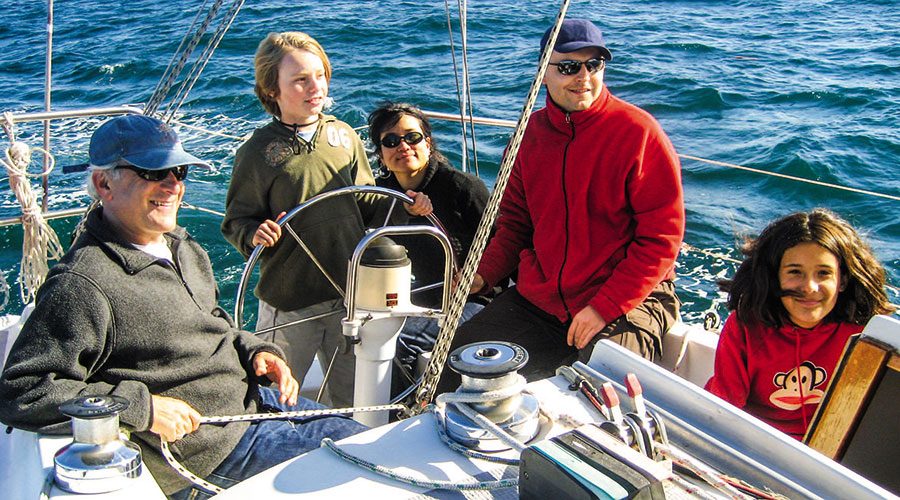 The privilege of introducing charter guests to sailing was a truly rewarding experience on the UTS yacht Impulse.

But the economics of the programme worked, with income from the charters usually falling only a little (10-15%) short of each year’s routine maintenance costs. Finding responsible skippers, however, was proving problematical. I met Peter at the Double Bay Club after I’d come ashore from a dinghy race on a Taser with the inimitable Don Roach, who was commodore of the club at that time (2001) and Don kindly made the introductions.

Gazing a short distance from the DBSC front window with its picturesque location next door to the Skiff Club in Double Bay, Peter pointed out the nearest yacht. Named Impulse, she was a Peter Cole 30-foot design with a large UTS logo on the bow. Years later I would buy my own Peter Cole boat because of his design prowess.

The following week we met at the club, launched the dinghy, and rowed out for my first sail. I had earlier sensed Peter assessing me and his close attention to detail became evident, which was reflected in how the yacht was run. From the highly detailed logbook to yacht handling, Peter had covered every detail. I was quite awed by it all and wondered if I’d eventually be asked to join the small group of volunteer skippers. 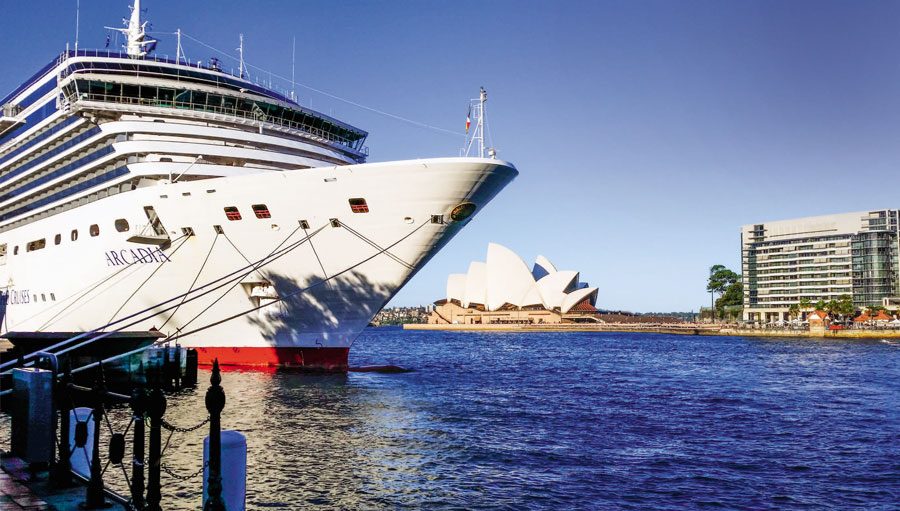 Cruise ships are a major feature of the harbour and should be given plenty leeway when sailing.

Peter’s diligence ensured a remarkable record for the yacht. “The statistic which the skippers can be most proud of is the figure ‘zero’. Not a single injury – no heads hit the boom, no crushed fingers in the winches, no-one overboard, and no incidents embarking and disembarking at the wharf. This wasn’t luck. It was the skill, care and watchfulness of the skippers, and considering that Impulse was a ‘wet boat’ (alcohol was allowed), the safety record was doubly impressive!” said Peter.

Our logbooks show more than 2,000 guests and 400 charter trips done during Impulse’s career up to 2016 when she became uneconomic to run. The Union Board had agreed that in lieu of payment, volunteer skippers were allowed one ‘personal use’ of the yacht for every four (paying) charters completed.

The skipper’s job included liaising with the charter groups of six, getting them aboard and then sailing them safely around Sydney Harbour. With all the logistics it took most of a day. Avoiding inexperienced hands jamming in blocks, the boom hitting unwary heads, people falling overboard and the dreaded sea-sickness was all part of the day. 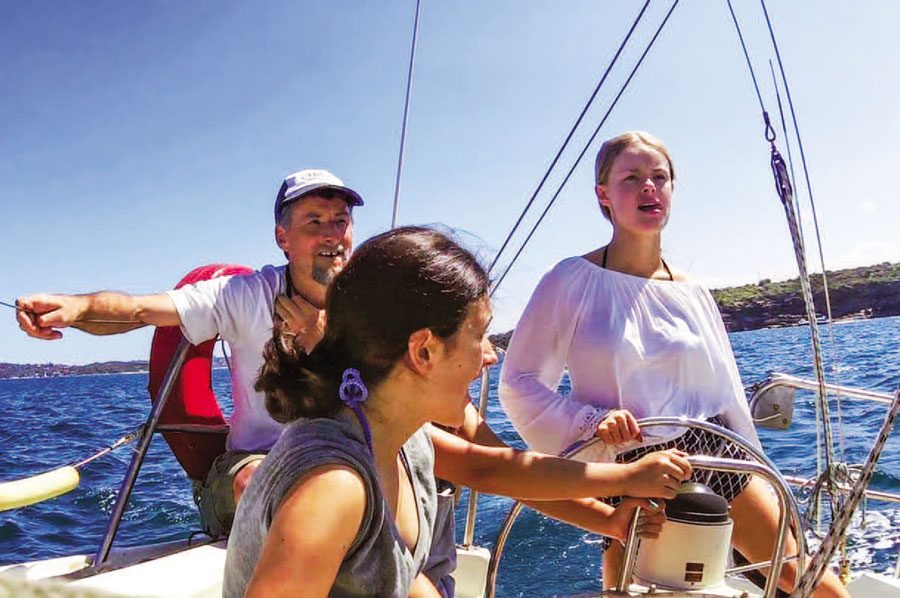 Teenagers learning the ropes on Impulse

Many guests – who typically were students, lecturers or associates of the university – enjoyed learning to sail the yacht while others simply wanted to cruise. The joy of seeing that ‘Eureka’ moment on someone’s face as they grasped the theory of sailing was particularly rewarding for me. For the skipper without crew, the challenges included boat handling and picking-up the mooring, typically during a windy day on the harbour.

Showing people around one of the world’s most spectacular harbours was a true joy. Passengers were always picked up at the Double Bay Wharf near the city centre – often a rushed affair as the skipper had to constantly look over his shoulder for the approaching ferry.

Fellow club members were the other main hazard – and they said the same about us – the 18-foot skiffs whose bowsprits regularly threatened to spear an unwary Impulse skipper making his weary way home as they descended on him like a swarm of high-tech bees.

At the beginning of the charter from Double Bay, guests were asked where they wanted to sail as we passed Shark Island. Invariably I’d tell the story about its history as a quarantine station for animals and its shape resembling a shark; and yes, a shark attack occurred there. 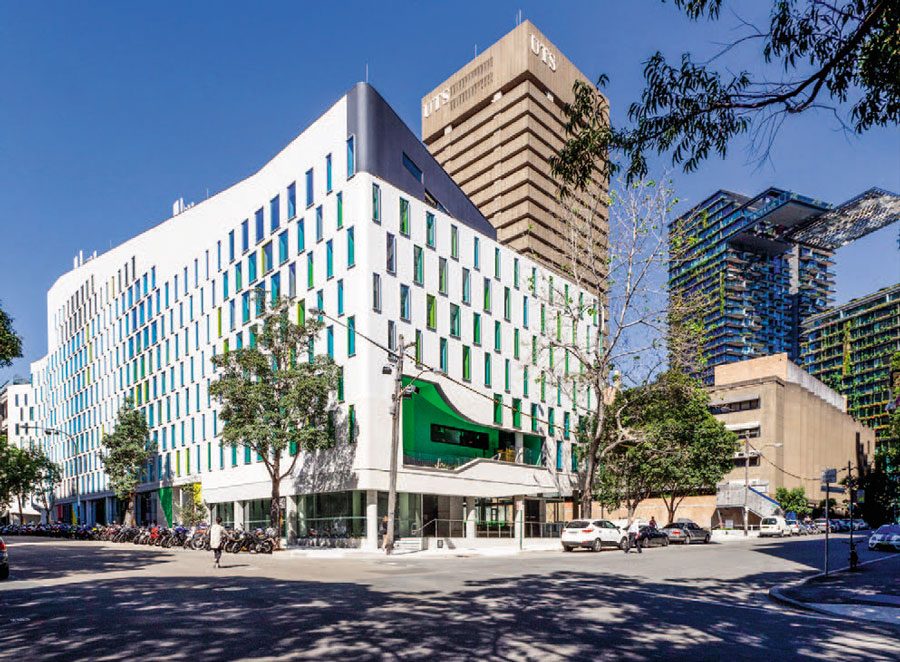 The University of Technology in Sydney and its Sports Union hold fond memories for the writer who was a former student.

Our short briefing, which included showing where the lifejackets were stored and strongly emphasising the different behaviour of Impulse – from being a docile motorboat to becoming a living creature with flailing sails and a swinging boom – was something guests quickly realised as we hoisted the mainsail and unfurled the genoa.

The sailors among the guests preferred sailing towards the Sydney Heads while the sightseers liked cruising under the Harbour Bridge; the latter one of the most hazardous spots on the Harbour due to the blind corners near Circular Quay from where the ferries zoomed out.

Looking up one day a passenger asked how many people jumped off the bridge to land on our decks. I reassured her that it hadn’t happened yet, but from then on I had a secret urge to check for jumpers every time we sailed under the bridge.

On occasions my young son Donald would join me as junior crew and as his experience and appetite for tasty food grew, he’d update me on the state of passengers’ picnic baskets. “Dad, these people have prawns and steak sandwiches, so we should take them out the Heads.” Invariably on this leg the swells off the Heads dissuaded appetites and the crew were duly offered most of the feast.

The conventional layout worked well during charters of Impulse.

As a guy with a young family and hectic job, some days were more fraught than others, so as a busy journalist I’d sometimes use the clubhouse for my weekly news radio broadcast before doing the charter.

During a broadcast one day I glanced out across the water and stopped in mid-sentence, much to the consternation of my producer. I suddenly realised Impulse was gone from her mooring. Failed seacocks was my first fear for an old boat. Upon finishing the broadcast, I rowed out to peer beneath the water for signs of her submerged mast – nothing.

Also missing was the mooring rode, which a well-known company was paid to check annually. Briefly looking around the bay among other moored yachts didn’t reveal anything, so I had to report the missing Impulse to a surprised Peter who alerted the police. The errant yacht was eventually found on the far side of the bay, undamaged.

The scenic surrounds of Double Bay.

Peter, who conducted most of the charters, has many anecdotes, most of which defamation laws prevent publishing – but charters where scantily-clad Scandinavian women went skinny-dipping and the like proved eye- opening for the middle-aged skipper.

Equally alluring were early cruises for the year 2000 SOCOG Olympic committee and the fascinating cosmopolitan guest list. Around 300 passengers were international students from Europe, Africa, North and South America and Asia.

“There was one from the Caribbean who burst into tears of homesickness when passing Admiralty House because the building was a replica of his “Government House back home,’’ recalled Peter. 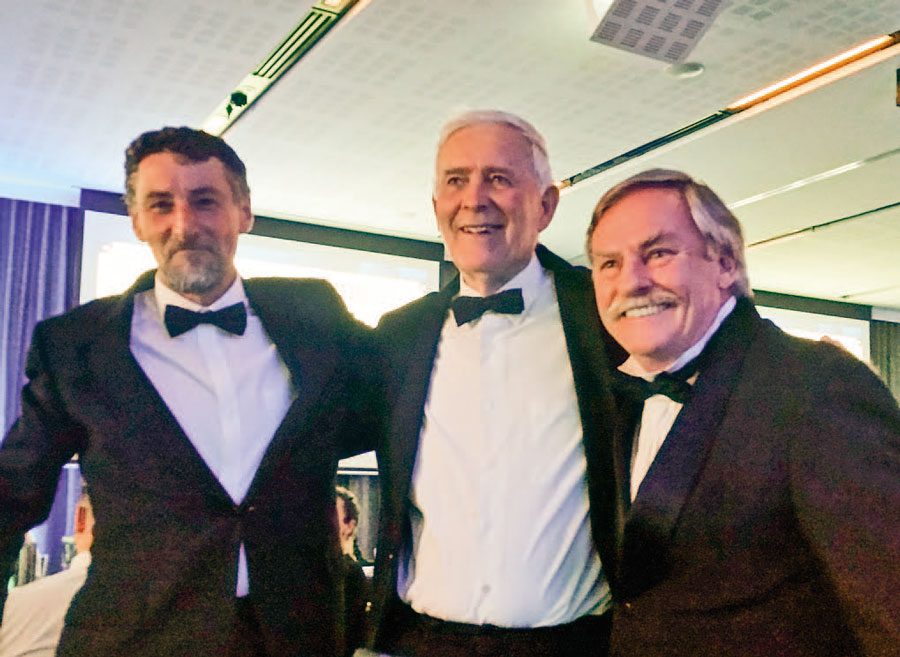 From Left to Right: The last three skippers – the writer, Don Gillies and Peter Russell – being honoured at the UTS Blues evening in 2017

Weather was another variable on the harbour. Peter recalled being out on a sultry Sunday charter when thick fog suddenly rolled in just as they were near the Sow & Pigs Reef: “I pulled down the main and slowed to just steerage way – then I heard a big launch doing the exact opposite!

“I knew we were smack in the middle of the Manly Ferry’s track and was just thinking about how good (or bad) their radar was, when the motor launch passed right in front of us doing at least 10 knots.

“I got all the passengers (who seemed to think it was all great fun) to put on lifejackets and asked a guest to go to the bow as a lookout.” 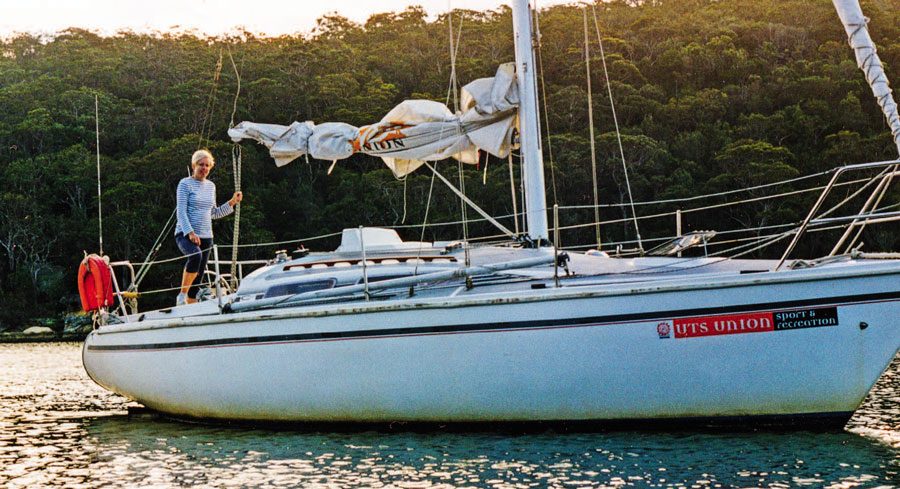 An old picture of Impulse in the serene surrounds of Bantry Bay in 2002.

Impulse was an ‘over-built’ Cole 303, as her original owner had ordered upgrades to several key parts in 1988 from builder Maydona Yachts Australia. So, she had a substantial lead keel and sturdier mast which made her stand up well to her canvas – the ideal charter boat.

Peter had chosen well, as he explained: “The surveyor told me that as far as he knew only around a dozen Concept 303s were built, many of them in New Zealand. He said that if its release hadn’t coincided with the introduction of cheaper, massproduced European yachts, Peter Cole would probably have been ‘onto a real winner’ with the Concept 303!”

Conventionally laid-out down below with a V-berth and double settee berths midships, and galley and substantial chart table aft, Impulse was a very practical boat. On deck the best feature for chartering was the sugar scoop stern that made it easy for the skipper to board and visitors to use as a swim platform.

The slab reefing on the mainsail was often used during the 16 years of sailing all over Sydney Harbour. The detailed operating instructions for Impulse included wind speed limits (25 knots) which allowed skippers to avoid the worst, and in case of cancellations, guests were offered another time slot on the regular Friday or Sunday charter schedules.

Another good feature was the steering wheel, which I found ideal for showing newbies how to sail – they simply turned it in the direction they wanted the boat to go. The only large expenditure on Impulse was in 2007 when a new engine was fitted. The old 18hp Volvo sail-drive had become unreliable and high hours dictated a change – to a 28hp Volvo, which the UTS Sports Union funded.

The final chapter for Impulse took place in 2017 when the last three remaining skippers, Peter Russell, Don Gillies and myself, were honoured at the UTS Blues and Sports Awards evening. We were all amazed to see how successful and impressive the Sports Union had become. Perhaps one day it will have another equally impressive yacht like Impulse to pass on the joy of sailing. BNZ

Photo above: Sydney Harbour is a charterer’s dream because of its myriad shapely bays and majestic landmarks. PHOTO: Tourism NSW.