Maritime archeologists are confident they’ll soon have a better idea of what caused the loss of the HMS Terror and HMS Erebus in their ill-fated expedition to discover the fabled Northwest Passage nearly 170 years ago. Story by Lawrence Schaffler.

The two ships left England in 1845 under the leadership of British polar explorer Sir John Franklin but they, along with their crew of 130, were never seen again. The expedition’s quest was finding a route through the ice, over the top of Canada, allowing ships to navigate between the Northern Atlantic and Pacific. This route would transform international shipping and British trade.
Numerous missions were launched to find the ships and their crew – they all failed. Persistent tales among the local Inuit population about two wrecked ships and stranded sailors were ignored by historians over the next 150 years, but that all changed when the ships were finally discovered – Erebus in 2014, and Terror two years later. 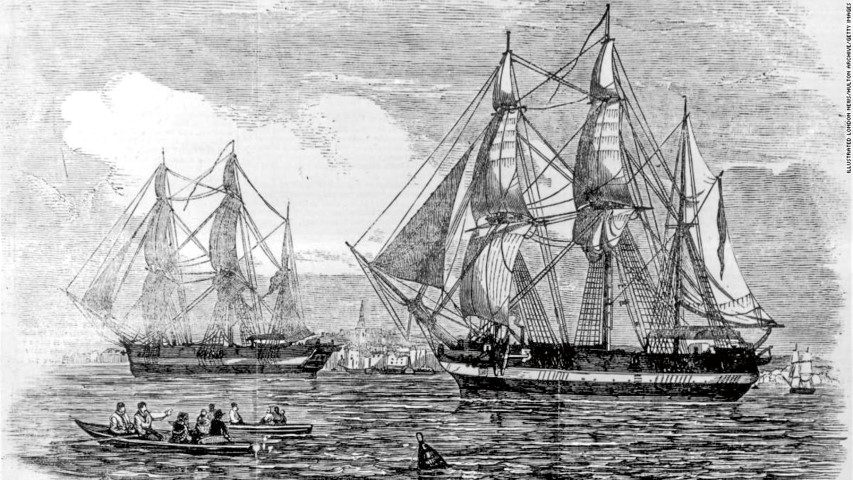 In August this year, after a detailed study of Terror using 3D-mapping equipment, Parks Canada and Inuit researchers have released images and video revealing a remarkably well-preserved ship. They are also hopeful that the freezing Arctic water and lack of light may have preserved logs and maps. If these are legible after nearly 170 years underwater, they’d provide an intriguing insight into the final days of the doomed vessels.
Using remotely-operated vehicles (ROV), the researchers were able to explore Terror’s interior in detail, including the crew’s quarters. “The condition in which we found Captain Crozier’s cabin surpassed our expectations,” says Marc-André Bernier, Manager of Underwater Archaeology, Parks Canada. 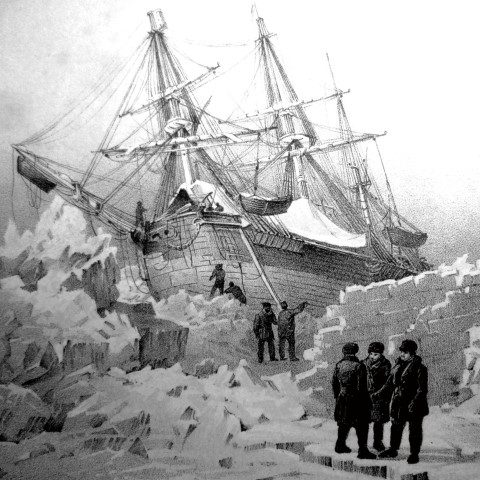 “Not only are the furniture and cabinets in place, drawers are closed and many are buried in silt, encapsulating objects and documents in the best possible conditions for their survival. Each drawer and other enclosed space will be a treasure trove of unprecedented information on the fate of the Franklin Expedition.”
Terror is lying off the coast of King William Island in Nunavut – Erebus is a little further north. Diggings on nearby islands suggest scurvy and hypothermia might have decimated the crews after they abandoned the vessels.
In its exploration, Parks Canada’s Underwater Archaeology Team conducted seven ROV dives and explored 20 cabins/compartments within the ship. It obtained clear images of over 90% of the lower deck of the ship, which includes the crew’s quarters.
The team says the frigid water and layers of protective sediment have provided the best conditions for preservation – it allows for an environment with less oxygen (anaerobic), which helps preserve organics like paper.
In the officers’ cabins, they discovered beds and desks in place, as well as shelves with items such as plates and glass bottles, tumblers and stemware glasses – all intact.
The Captain’s cabin is the best-preserved space of the entire lower deck. There, it seems, a significant amount of sediment has seeped through the stern gallery windows, covering a good portion of the artifacts and hopefully preserving what lies beneath. 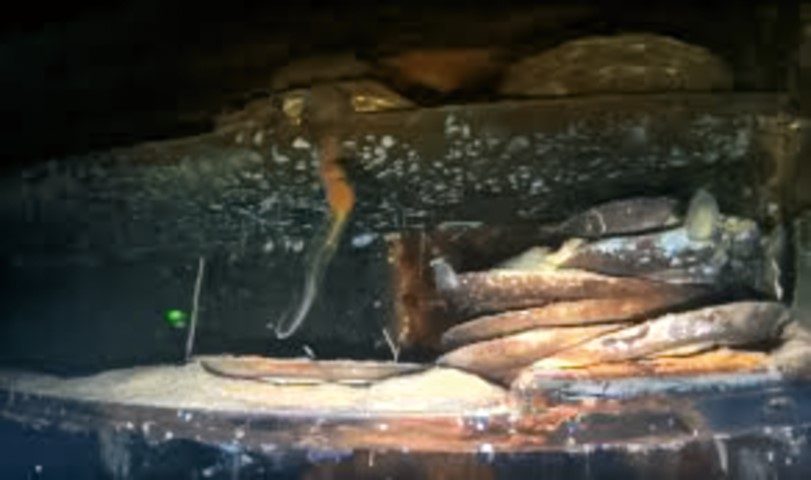 His desk, map cabinets (with closed drawers) and boxes probably contain scientific instruments. A complete tripod (similar to a surveyor’s tripod) and a pair of thermometers were identified. The only space on the lower deck that remains inaccessible is the Captain’s sleeping quarters, behind a closed door.
Exploration of the doomed ships has answered many questions about the 170-year-old mystery, but many more remain unsolved. Documenting the wrecks and their contents will keep archaeologists and historians busy for years.

Ferrari hydroplane one of a kind