What started off as a leisurely river cruise through the Australian bush turned into a race for survival for a Taupo couple when a bush fire appeared out of nowhere. Story by Carol Chandler.

It was meant to be a fun cruise up the Noosa River – a party of 11 adults in two boats. One a ski boat powered by a 200hp Yamaha, the other a Quintrex 5.4m Bowrider with a 100hp Mercury.

We all gathered at the Noosa River’s Tewantin boat ramp, looking forward with great anticipation to our adventure. Our plan was to head up to Harry’s Hut on the upper section of the river for a picnic lunch. The hut dates back to the 1900s and is a relic from the early timber cutting days.

Travelling in tandem, we set off on a picture-perfect summer’s day, passing by the small heart-shaped Makepeace Island. It is now a luxury private retreat owned by Virgin chief Richard Branson. 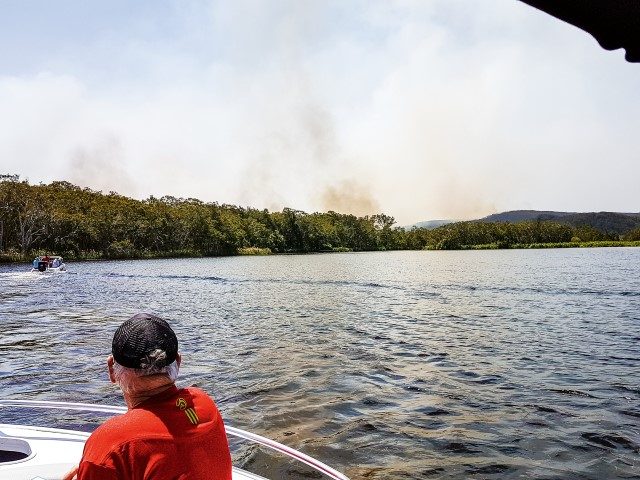 The Noosa River widens into the shallow Lake Cooroibah which is surrounded by lush bush. With plenty of lake weed floating on the surface, we had to take quite a bit of care crossing the lake.

In the distance we could see several plumes of smoke – the remnants of recent bush fires in the Noosa area. Having crossed Lake Cooroibah we headed once more into the river’s tranquil, mirrored waterways. The speed limit here is 6 knots.

It’s a majestic setting with an abundance of birdlife enhanced by picturesque purple water lilies, pelicans and blue dragonflies humming along the edge of the river. 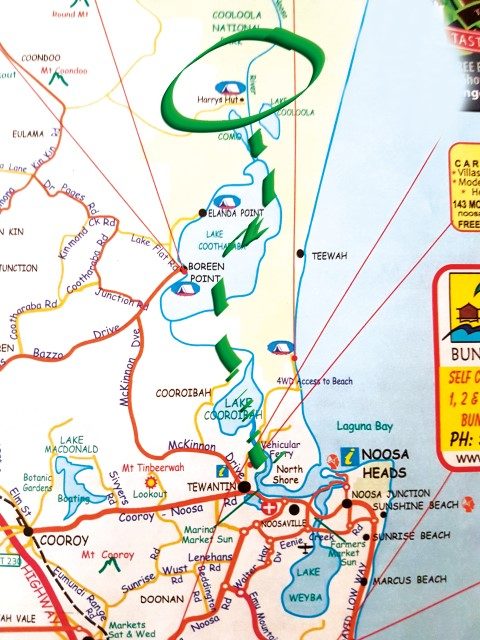 We then headed out on to Lake Cootharaba – a brackish lake on the Noosa River. The lake is 10km long and is well-stocked with a wide variety of fish – bass, trevally, whiting, mangrove jack, tailor and jewfish/mulloway.

Though it’s very calm the lake is quite shallow in parts and we had to tilt up the outboards to navigate it safely. At this point we could still see the plumes of smoke – but they were a long way off and, we were confident, no cause for concern.

We were down to 6 knots again and all eyes were scanning the water for submerged tree stumps that make negotiating the narrow river fairly tricky. It was here that a few flakes of soot started to land on the boats. But we arrived safely at Harry’s Hut. In the distance, looking up the river, was a very faint smoke haze. 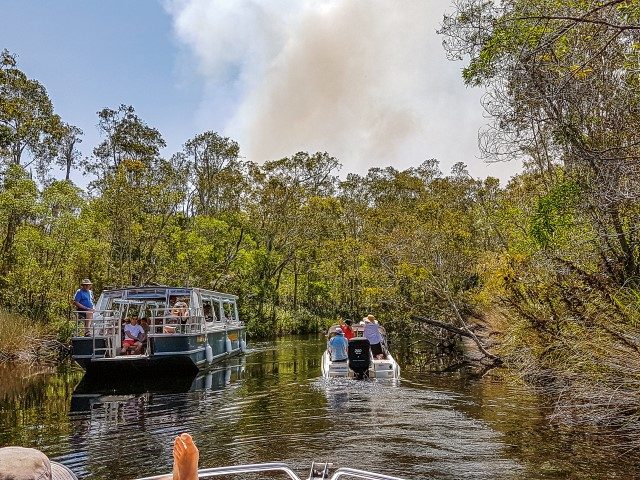 Tying up the boats we were about to hop off when we heard the sudden roar of a fire above the idling engines. It had come from nowhere. The wind had picked up and within seconds a massive, intense fireball about 40m in diameter was above us – with accompanying smoke and heat.

It was difficult to understand how quickly the fire had appeared – but we didn’t have time to ponder that – we now had a solid wall of fire along the banks of the river. The tinder-dry trees on the river’s edge were beginning to burn as the wind scattered the embers in every direction. The fire was about to jump the river and engulf us.

The skippers shoved the throttles forward and we beat a hasty retreat with ash raining down on us. The heat and the fire’s noise was unbelievable – we all sat in shock, trying to understand how our cruise had all changed so quickly.

Reaching Lake Cootharaba we finally throttled back, and in the relative safety we sat and looked back to the roaring, raging fire blazing out of control. The picnic at Harry’s Hut was now a pipe dream – we eventually ate it back at John’s Landing. 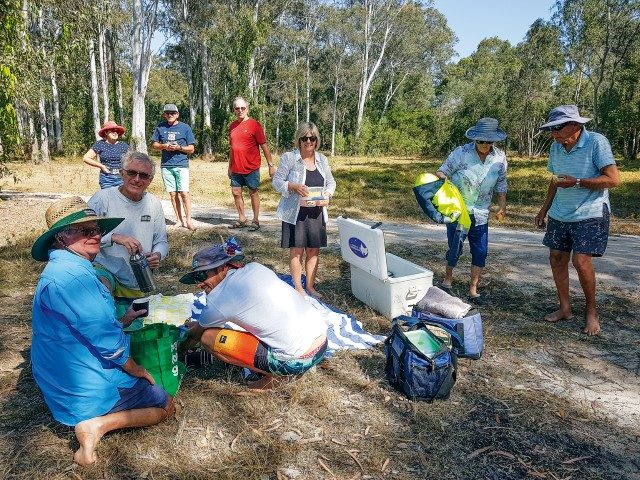 Despite our close call, we would thoroughly recommend the cruise up the Noosa River, across the lakes and into the Noosa Everglades. It’s a great trip – just keep a weather eye for tell-tale plumes of smoke.