Jack Brooke was not only a vigorous leader in New Zealand yachting and recognised from his earliest days as an amateur yacht designer of stature, but his real job was principally a scientist. He had a leading role in the wartime and post-war Department of Scientific and Industrial Research, some of the work being ‘hush-hush’, in the vernacular of the period.

In his spare time Jack was an analytic follower of overseas yacht design, being heavily influenced by US designers from his first Wakatere canoe designs in the late 1920s, through his adaptation of the American Frostbite for local conditions, to his outstanding individual planing centreboarders like the hard-chine 14-footers Muimai, Mania, Prefect, Wai-iti and the 16-footer Mahana. In the later 1930s Jack moved on to keel yacht designs, getting a lot of attention with his 1939 landmark Gleam, which was inspired by the 1937 Yankee One-Design by W. Starling Burgess.

But back in 1938 Jack had a commission for the design of a yacht at the opposite end of the spectrum from the lean fin-keeler Gleam. It came from carpenter Syd Hamon of Mt. Roskill for a husky 42ft keel yacht for offshore work, potentially a circumnavigation. It seems that the inspiration was the 1931 design of Highland Light by Frank C. Paine of Boston. Highland Light was a 62ft cutter, of the same vintage as Olin Stephens’ Dorade. In 1932 she was the first yacht to race from New York to Bermuda in three days.

Although considerably smaller, Wakaya shares the same chunky lines as Morning Light. The New Zealand Herald said that “in appearance she will be somewhat similar to the Tangaroa, but will have a flush deck.” Tangaroa was a K. Aage Nielsen 38-footer design built by Percy Vos in 1936. Nielsen had recently joined Sparkman and Stephens from John Alden’s firm. Then again, the October 1936 issue of the New Zealand Yachtsman attributed Tangaroa’s design to Jack Brooke, which perhaps demonstrates the cross-pollination in US design during the 1930s?

Syd Hamon started construction of the yacht on the Tamaki River at Panmure. Her dimensions were LOA 41ft, LWL 33ft 3ins, beam 12ft and draught 6ft 6ins. But WWII intervened and he went off to serve in the Third Division NZEF in the Pacific. Shipwright Edwin (Ted) Hay of St Heliers bought her incomplete in April-May 1944 and, with the assistance of Owen Jackson and Robert Warder, finished her off over more than three years of part-time toil. He launched her at St Mary’s Bay in December 1946 and called her Wakaya after what he considered to be the prettiest island of the Fiji group. 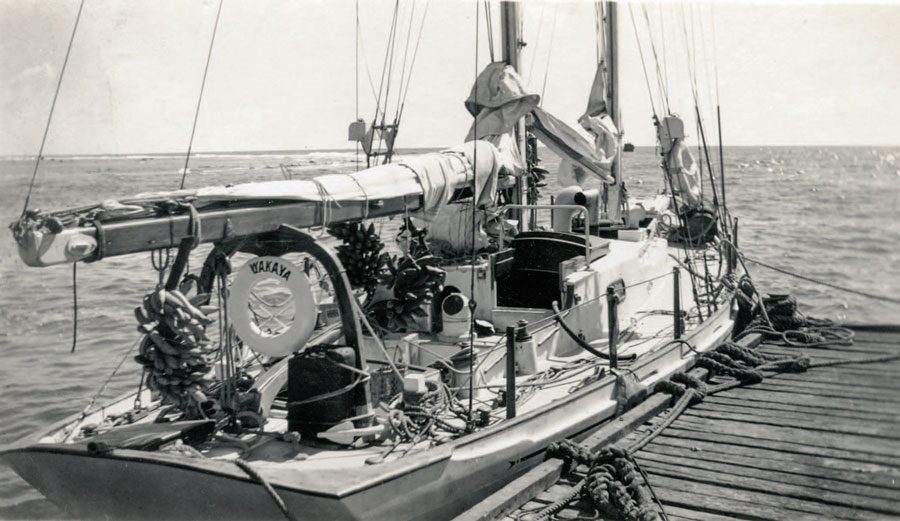 Deck detail of Wakaya on her first cruise.

Wakaya was rigged as a staysail schooner, a rig made popular by US designers because it had proved effective offshore in recent Bermuda races and had the approval of Dr Manfred Curry, the rig guru of the time. It was first used in this country by Bert Woollacott with his 30ft yacht Medina, built at Percy Vos’ yard in 1932. Medina was closely followed in 1933 by Mangawai, designed by William Atkin and built at Devonport by George Hogan and the 75-footer Morewa built by Colin Wild. The sound theory was that the main working sails at sea would be the mainsail on the mainmast aft, taller than the foremast, the large, ‘fisherman’, staysail rigged from the mainmast, and the foresails. In heavy weather at sea, this rig could be reduced to storm staysails set on both masts.

Ted Hay had raced in mullet boats as a young man and crewed on Valeria when she won the Lipton Cup in 1928. He looked after the racing yacht Bird O’ Freedom (later Altair) for Lt. Home Kidston who had brought it out from England, along with his DH 60 Gypsy Moth biplane and his Mercedes-Benz SSK, to keep him company during his sojourn with the Royal Navy on the New Zealand station on HMS Diomede. Ted owned the C Class keel yacht Scout for eight years, selling her to top Auckland sailmaker Leo Bouzaid of Sails & Covers in 1938. 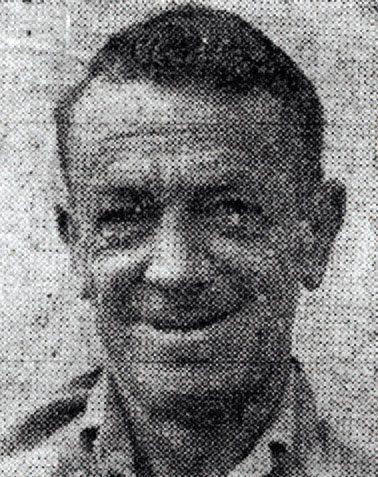 Ted also had considerable off-shore experience. He had helped crew the yawl Seafarer back to Suva in 1935. With Dick Wellington he had crewed on the ketch Soubrette for her owner George Mills-Palmer in an Island cruise in 1936-7. In the 1938 Trans-Tasman race from Auckland to Hobart he had crewed in the quite similar J.G. Cox-designed staysail schooner Aurora Star owned and built by H.E. Terry. Aurora Star was clearly Ted’s major influence for the setup of Wakaya. The 1938 race was abandoned during its course because of extreme weather but Aurora Star sheltered at Lord Howe Island and went on to Sydney where she was sold.

After she was launched, the proposed 1947 Trans-Tasman race had just been postponed. Ted indicated that Wakaya would be a likely starter in the 1948 Auckland-Hobart race. In the outcome, Ted did not enter her as he was asked to navigate the Australian yacht Kurrewa III which took line honours in Sydney. On his return to Auckland, he planned to take Wakaya on an immediate winter Island cruise, first to the Cook Islands, then to Fiji and Tonga. For crew he had Owen Jackson, Robert Warder and also Harry Welch, who had sailed in May 1940 on a six months’ Pacific cruise as crew in the 93ft schooner New Golden Hind, built by Deeming Bros in Opua. That cruise was shortened because of the war, of course, as German commerce raiders became active in the Pacific. 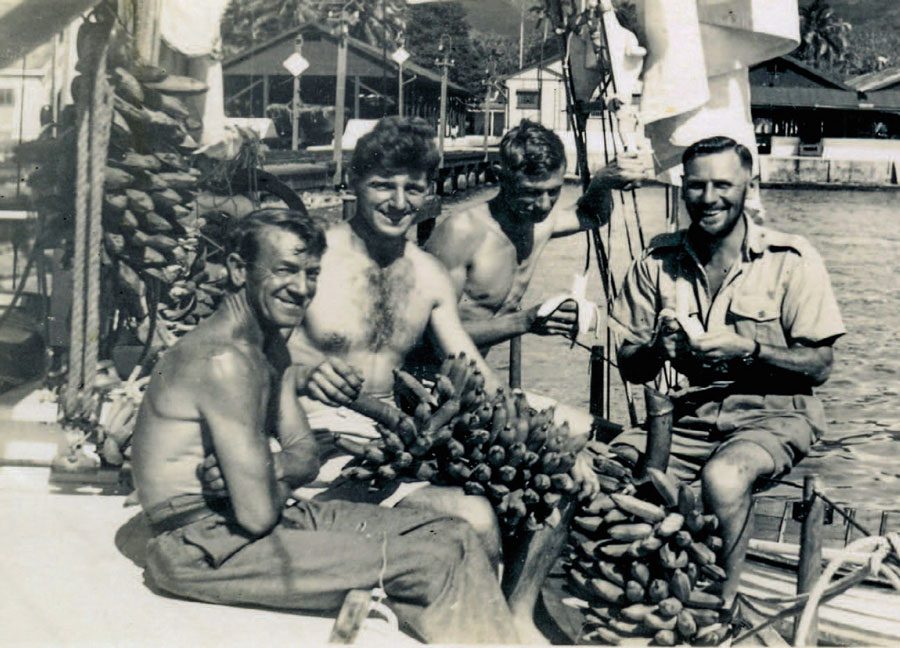 Wakaya set off from Auckland on June 21, 1948 on her first trip offshore, bound for Rarotonga. The crew antifouled her alongside the wharf at Mansion House Bay, Kawau, weathered a north-easterly at Tryphena and set off north on June 25. By the 28th it was blowing a full gale which they rode out on a sea anchor. It was a very bad storm indeed during which Wakaya was constantly swept by huge breakers and proved her strength. The crew handled the task well too and, to their credit, kept their team spirit throughout.

By July 6 they were in the latitude of Rarotonga but were hazy on their longitude. Eventually they raised the island of Mauke, northeast of Rarotonga where they received a great welcome. They then sailed to Rarotonga and Aitutaki. Harry Welch returned to New Zealand by steamer. Wakaya got back to Auckland in November after visiting Tonga, avoiding the hurricane season in the Pacific. 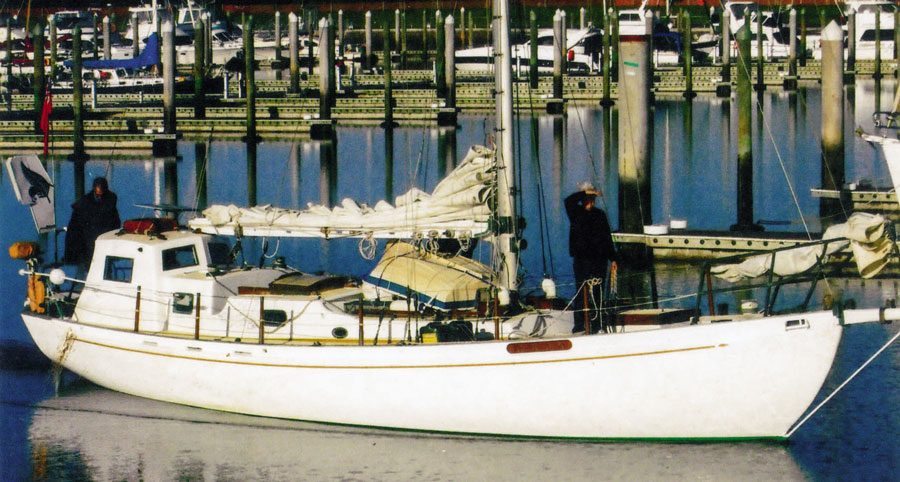 Wakaya setting off from Marsden Cove for Vila in July 2010.

Ted Hay kept Wakaya for many more years, living aboard her around the New Zealand coast, usually at Whangarei, and cruising extensively. He married Hala, a Tongan lady, who accompanied him on all his adventures including a trip to Tonga and Fiji in 1961. By then he had built an extension to the cockpit for safer and more comfortable cruising and converted the rig to a ketch and later to a sloop.

Whangarei couple Geoff and Christine Wooding had a sail on Wakaya with Ted in 1974 and kept in touch through Christine’s parents. Ted helped them paint their house in 1977. In 1984 Ted was 81 and decided he was too old to live aboard and Wakaya was getting run down. He put her on the market. Geoff and Christine bought her and still own her, although they are approaching the same decision as Ted, 37 years later. 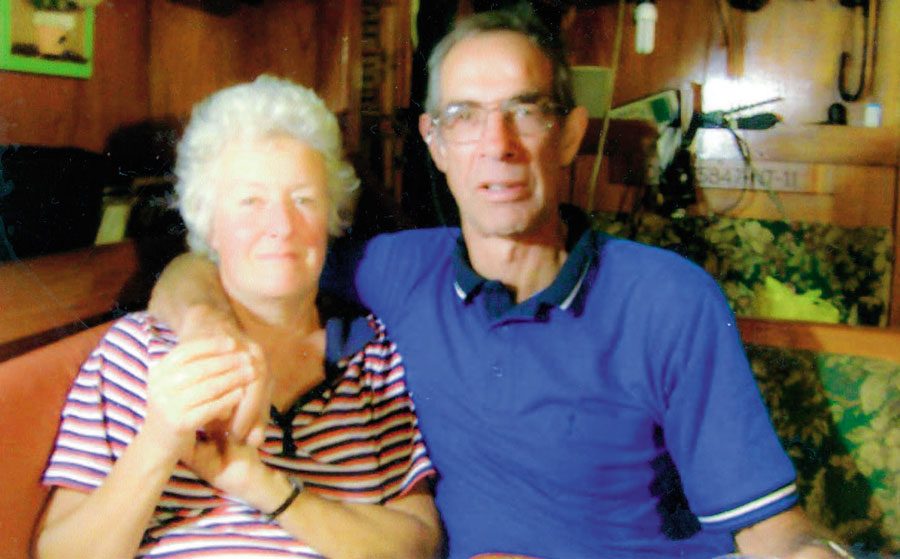 Geoff and Christine Wooding on board Wakaya.

The couple have gradually brought Wakaya back up to an effective working offshore craft. There were major alterations in 1990 after which they had a trip down the east coast to Timaru, stopping at Tryphena to brush up on their navigation and carrying on to Dunedin and back up the coast via Akaroa and Napier. Their crew consisted of Christine’s brother Peter Rolfe and their 11-year-old daughter Jodi, who was the flower girl at a wedding at Oamaru. Geoff and Christine had a trip to New Caledonia alone in 2000, repeated the trip in 2001, sailed to Vila in 2003 and had three months around Vanuatu, repeating that in both 2006 and 2010.

It really is a great achievement for the Woodings to have breathed life again into this great yacht with a yard of pedigree and made her into a thoroughly practical historic blue water yacht for the 21st Century. BNZ

THANKS TO: The Woodings and to Harry Welch’s son Roger for help and images for this article. See Roger’s excellent piece on the net: www.beyondeyelevel.com/449/schooner-yatch-wakaya-a-cruise-to-thecook- islands-1948/