A sporty, silent and emissions-free tender will soon be zooming around your favourite anchorage. It’s a new, electrically-driven jet boat from ZeroJet – a local engineering startup ​company. Words by Lawrence Schäffler, photography supplied.

The first ZeroJet electric jet system has been fitted to a 3m tender from local manufacturer Offshore Cruising Tenders (OCT), and performance is spectacular. Top speed is 25 knots (if you’re brave enough) though a docile 12-knot cruise speed is more sensible (and offers a longer run-time). And as with any electric installation, torque is instantaneous – acceleration is eye-watering.
But let’s back up a moment. 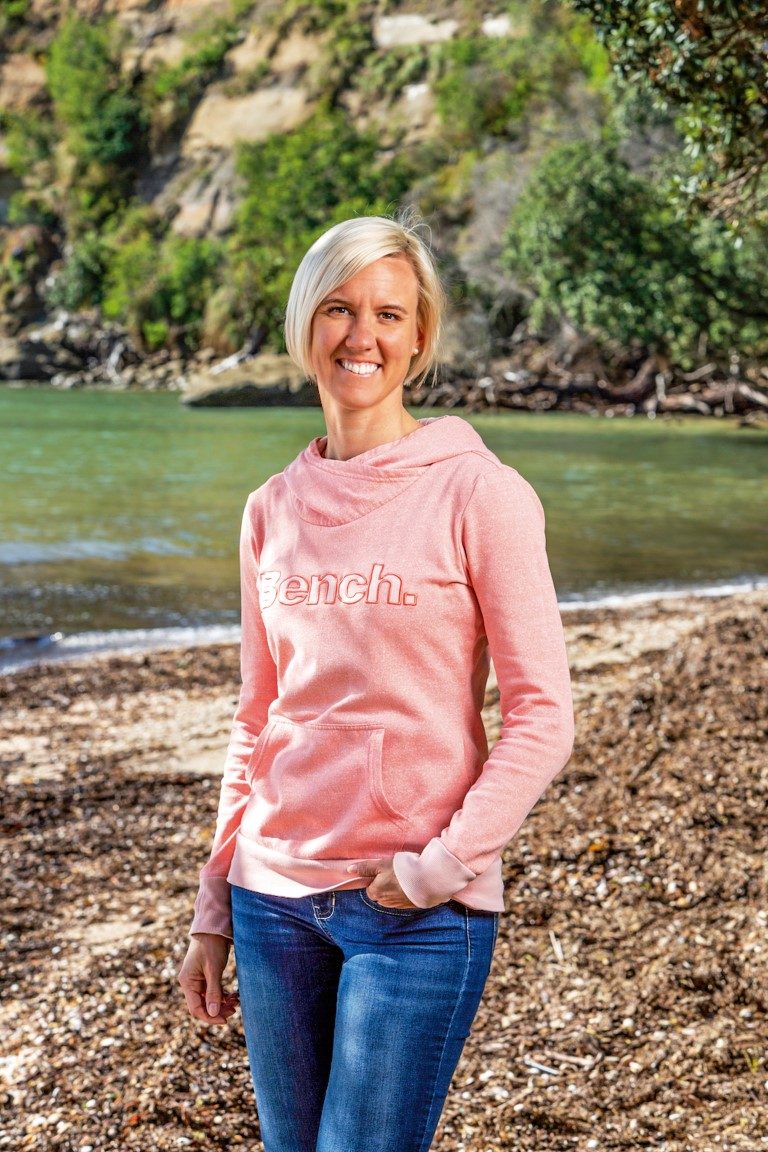 About 18 months in development, ZeroJet is the brainchild of Auckland-based Neil Mans and Bex Rempel – and given their track record it seems the electric jet concept was simply an idea waiting for germination. Rempel’s a chartered accountant and Mans has an extensive engineering background. For this new venture they assembled a small but experienced team of engineers, all of whom previously worked alongside Mans at Buckley Systems building high-precision electromagnets for particle accelerators. 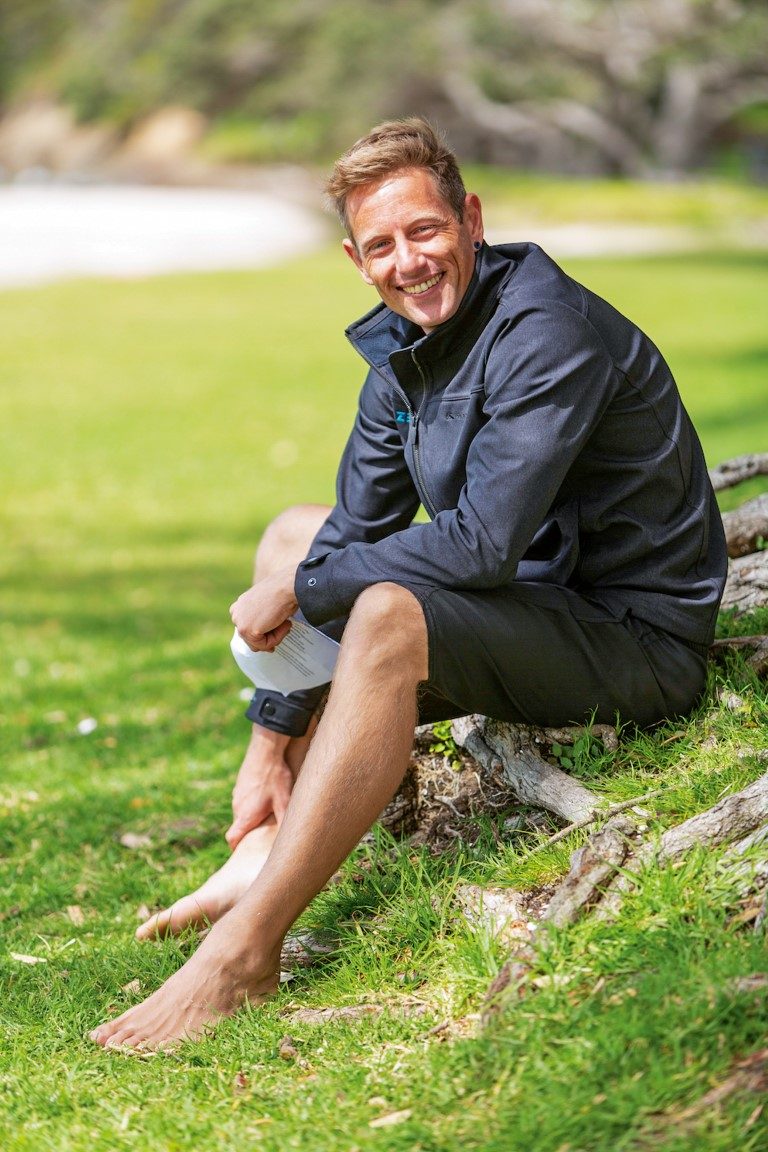 This isn’t the pair’s first startup venture. They previously established a jetboard rental business in Perth – Jetsurf Perth
– using petrol-powered surfboards. They eventually closed it and moved back to New Zealand to build electric jetboards (Voltaic Jetboards). These high-performance electric jetboards reach speeds of 70km/h and are driven by tiny electric jet units producing over 140kg of thrust.
Their focus has now turned to boats, targeting the 350,000 outboards (smaller than 30hp) sold annually on the global market. 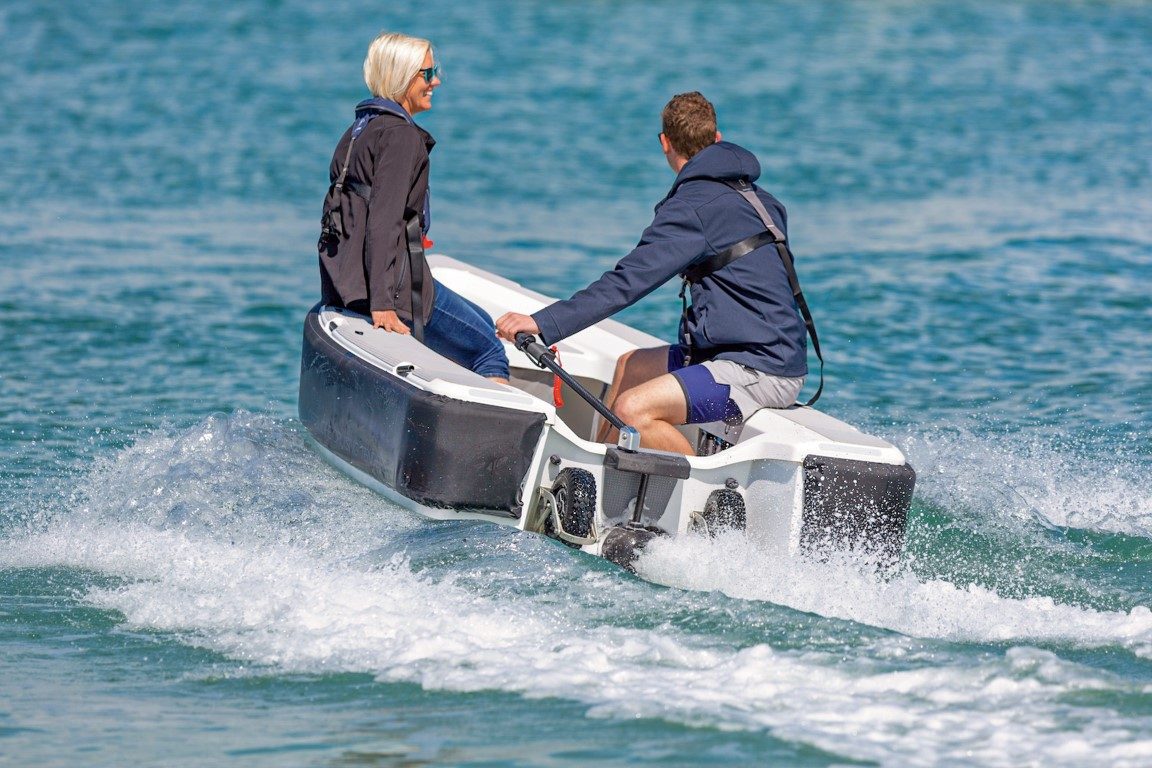 Much of ZeroJet’s genesis stems from the pair’s concern for the planet’s environment. “The vast majority of the world’s outboard engines are petrol-powered,” says Rempel. “They pump pollution directly into marine environments. ZeroJet’s electric jet tenders offer a zero-emissions option for an industry we think is lagging in innovation efforts to become more environmentally responsible.
“If you run a new 5hp four-stroke outboard for one hour, you produce the same amount of nitrogen oxide and hydrocarbon pollution as if you were driving 38 new cars at 95km/h for the same length of time,” points out Mans.
“The automotive industry uses methods such as exhaust gas recirculation​ and catalytic converters to reduce pollutants. The outboards currently on the market don’t have any comparable systems, even the new ones.
“This is why the level of harmful nitrogen oxide and hydrocarbon emissions is much higher than with cars. Though there are far fewer outboards than cars, their pollution is substantially out of proportion.”

The system
ZeroJet’s electric jet propulsion system comprises a lithium iron phosphate battery bank (48-volts), a brushless DC electric motor and a compact jet unit.
It’s a high-efficiency motor, about the size of half a loaf of bread, and about 50% lighter than a traditional outboard engine of a similar ‘power rating’. As a low-voltage system, it was specifically designed to cope with any high-current spikes resulting from a sudden, enthusiastic twist on the throttle.
Similarly, the jet unit is a much smaller version of those mated to a petrol-driven engine. It was designed around the major advantage of an electric motor – an immense amount of low-down torque, available instantly, compared to a petrol engine which reaches optimum power at higher RPMs. 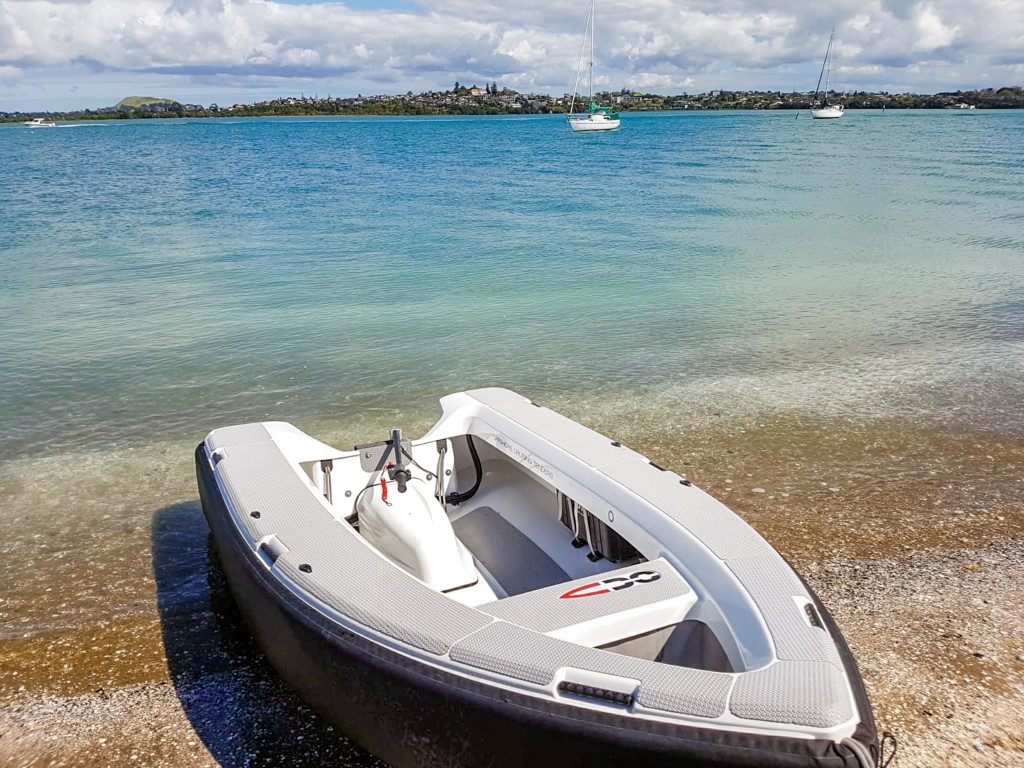 In another departure from a conventional jet unit which uses a bucket for reversing, the ZeroJet unit provides thrust in both directions. All of which equates to a light and very compact drive configuration. A tiller with throttle operates the system – a strategy Rempel says is geared to making the system immediately familiar for new users.

Run time
Two battery configurations are available – 40 and 80kg. At a 12-knot (planing) speed the 40kg option offers about an hour of run time – or about seven hours at 3 knots. The 80kg option extends that to 1.5 hours and 10 hours respectively. In both options the batteries are stored under the OCT’s D-tube – leaving the tender’s entire floor area free for passengers or equipment.
While the 3m OCT tops out at 25 knots with this system, Mans says the tiller is equipped with ‘limiter’ which keeps top speed to about 20 knots. For boaties in a hurry to get to shore, a ‘boost’ button unleashes the system’s full power. 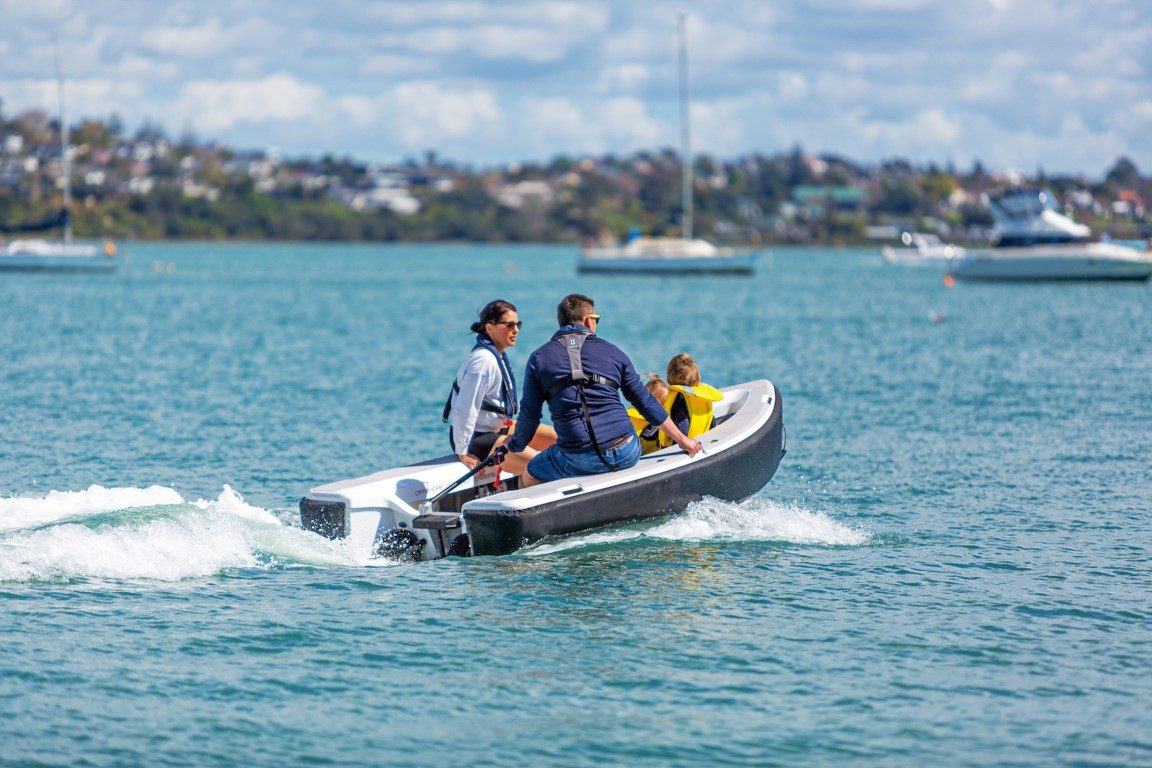 ZeroJet’s production ramps up early in 2021 and while Mans and Rempel have initially focused on supplying systems for the 3–3.5m tender market, the R&D targeting bigger boats is already in full-ahead mode.
“We have just begun an application for a New Zealand boatbuilder with a 6m vessel,” says Rempel. “There’s been a very positive local response and we want to build on the momentum. Our eyes are on Europe, which is currently leading the way in terms of regulations to support more environmentally-friendly marine technology.”
“Every boatbuilder we’ve spoken to and consulted with has jumped at the idea,” adds Mans, “giving us the confidence to think globally.”
Rempel says price for the system will be $24,000 – $12,000 for the drive technology and $12,000 for the batteries (depending on battery option).

Funding
ZeroJet’s development has been aided by investment capital. In 2020 it raised its second round of capital with investment from K1W1, Impact Enterprise Fund, Icehouse, NZGCP and Arc Angels. It was also accepted into Startmate’s Accelerator programme.
As part of the Startmate programme, ZeroJet received a $75,000 investment and it joins a global network of founders, venture capitalists and mentors from the world’s brightest tech-enabled startups and businesses.
Startmate is the centre of startups in Australia and New Zealand. Following its inception in 2011, it has accumulated an alumni of over 120 companies worth more than A$1 billion (see www.startmate.com.au). Its Accelerator programme receives 1,000+ applications across Australia and New Zealand and it invests $75k in 30 startups every year (at their latest valuation).