Delivering Quintin Fowler’s new More 55 from Europe home to New Zealand began as a fantastic ocean adventure for the crew of Rum Bucket. But when Covid-craziness descended on the world it all came to a stressful halt at the Panama Canal. Zoe Hawkins has the story.

Quintin’s affair with the 16.7m Rum Bucket began in January 2018 when he and sailing buddy Ross Masters visited the Dusseldorf Boat Show. He wanted to find a new yacht in Europe and sail it back to New Zealand. After lengthy research he opted for the beautiful More 55 cruiser-racer, built in Croatia. 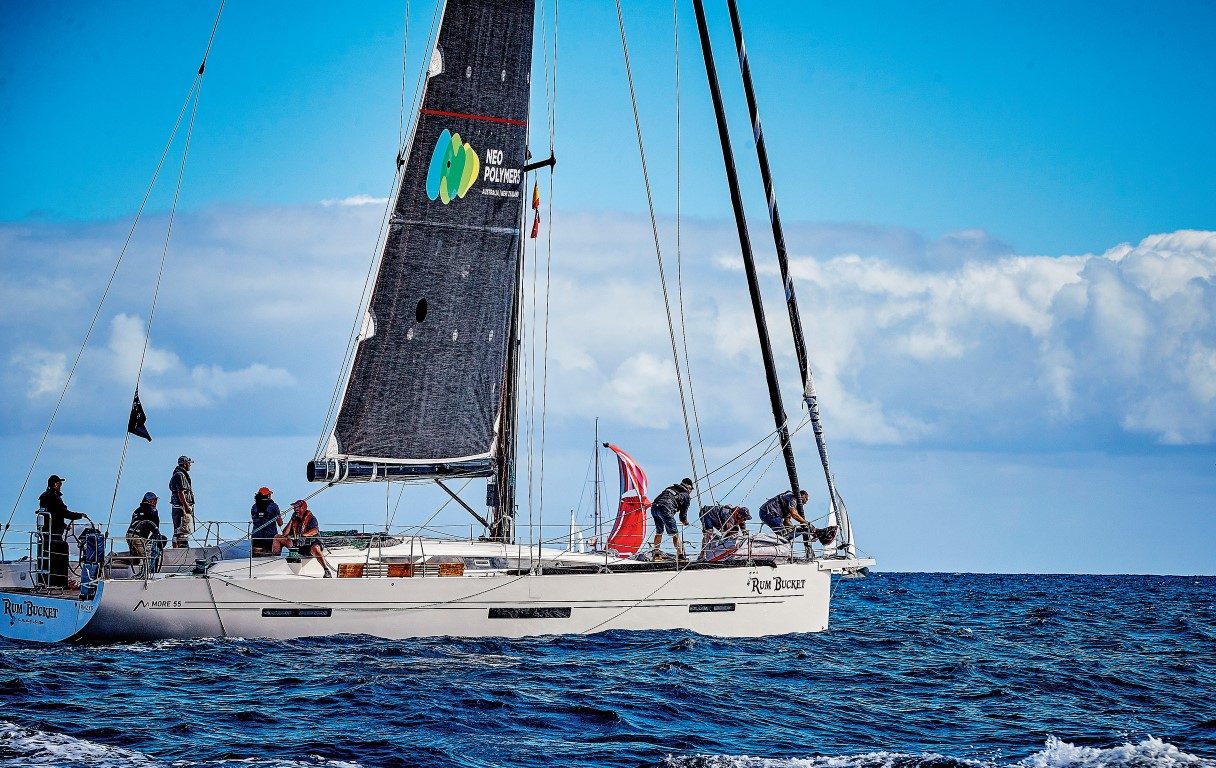 Rum Bucket departed Split, Croatia in April 2019 destined for Auckland via the Panama Canal, Galapagos Islands and Tahiti. On her maiden voyage she crossed the Adriatic to Ancona, Italy and down its East Coast, around the bottom of the ‘boot’ and up into the Tyrrhenian Sea. The crew left the yacht in Palermo, Sicily and returned to their day jobs, aiming to return in September and spend six weeks sailing her to Las Palmas de Gran Canaria.
Rum Bucket arrived at Gran Canaria in early October, and the crew once again headed home, returning less than two months later for the Atlantic Rally for Cruisers (ARC). Quintin loved it: “I highly recommend the ARC to yachties sailing back from Europe – it’s a fantastic race and was well supported with 220 yachts. Overall, we did well despite the few teething issue you’d expect on a new boat. We came 7th in our racing division and 22nd overall.”
After crossing the finish line in Rodney Bay, St Lucia in the Caribbean, Rum Bucket parked up for Christmas and the crew – for the third time – returned home, looking forward to the next voyage – crossing the Caribbean Sea, transiting Panama Canal and finishing in the Galapagos Islands.

Earlier this year Quintin put a crew together to sail Rum Bucket to Tahiti. “Five of us would leave New Zealand at the beginning of March. We picked up a young Swedish chap, Alex Johansson, in St Lucia to help as well. He was an experienced sailor, pretty keen to get to Tahiti and New Zealand and happy to join our crew.”
On the Pacific side of the Panama Canal, three more crew would join Rum Bucket. Four would disembark in the Galapagos Islands, leaving the remainder to sail on to Tahiti.
Dale Patterson was the first New Zealand crew member to arrive in St Lucia (late February). He helped Alex organise a hull clean and paint to pass the stringent marine biosecurity measures required by the Galapagos Islands. The remaining Kiwis – Quintin, Jo Clarke and Tim and Lynne Jeffery – arrived in St Lucia in March.
On Friday, March 13, Fowler contacted the Panamanian authorities who said “we’re looking forward to meeting you on March 19!” With that, Rum Bucket left Martinique for Colon, Panama. 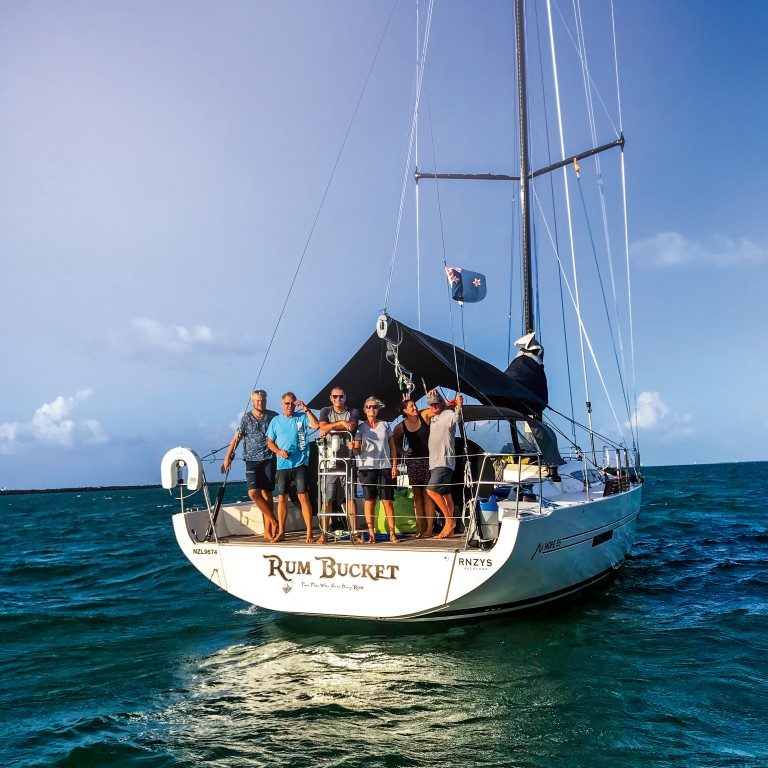 “This was my first off-shore passage,” says Lynne, “so I was very excited. The sail across the Caribbean was awesome with a nice downwind breeze and generally good weather. All I could see was blue sea and blue sky. At night the stars were amazing and I enjoyed spotting the constellations on my watches.”
Little did the crew know how much the world would change in the six-day sail across the Caribbean.

Bureaucratic storm
Old sea dogs will point out that Rum Bucket’s crew was tempting Fate by departing on Friday 13. That day, there were five Covid cases in New Zealand and the world was still a reasonably sane place. Panic and fear hadn’t yet set in.
On March 17, day four of the voyage, Jo received a message via IridiumGo from a concerned friend: “Galapagos is closed due to Covid-19.” This was the crew’s first inkling that things weren’t quite as they had left them back in Martinique.
Rum Bucket’s crew was nothing if not adaptable and, after a flurry of phone calls, texts and emails, they decided missing Galapagos wasn’t the end of the world. There were other options. But a day later it emerged that the options were rapidly disappearing. Doors were closing fast.

Panama, the transit route to Galapagos, had locked down. A flurry of exchanges between embassies and officials in New Zealand, Mexico and Panama ensued. Onboard was 22-year-old Alex. His mother in Sweden was also batting hard for Rum Bucket – she wanted her son home.
The usually unflappable Quintin – who has been through some major dramas at sea including a MOB incident in the 2013 Auckland-to Musket-Cove ocean race – admits he began to worry. At this point, stress levels on board sat around a 6-out-of-10.

Go back or push on? Rum Bucket was low on provisions and would face a 1,000nm beat back to Martinique or St Lucia – where they could also be denied entry. Another possibility was a 600nm upwind slog in big conditions to reach Jamaica. Daunting, if not dangerous. What about Cape Horn? Yeah…nah. Calling into Columbia or Honduras was equally unappealing.
Getting into Panama was the only remaining option, and international law would be on their side – a country cannot turn away a vessel requiring assistance, and the depleted provisions situation could potentially turn serious. Quintin decided not to ask for permission to enter Panama until they were right on its doorstep.
Rum Bucket arrived at Colon, Panama on March 19, on schedule, and requested entry. She received a friendly welcome, on the proviso that she and the crew quarantine at anchor outside the Shelter Bay marina for 14 days. Relief! 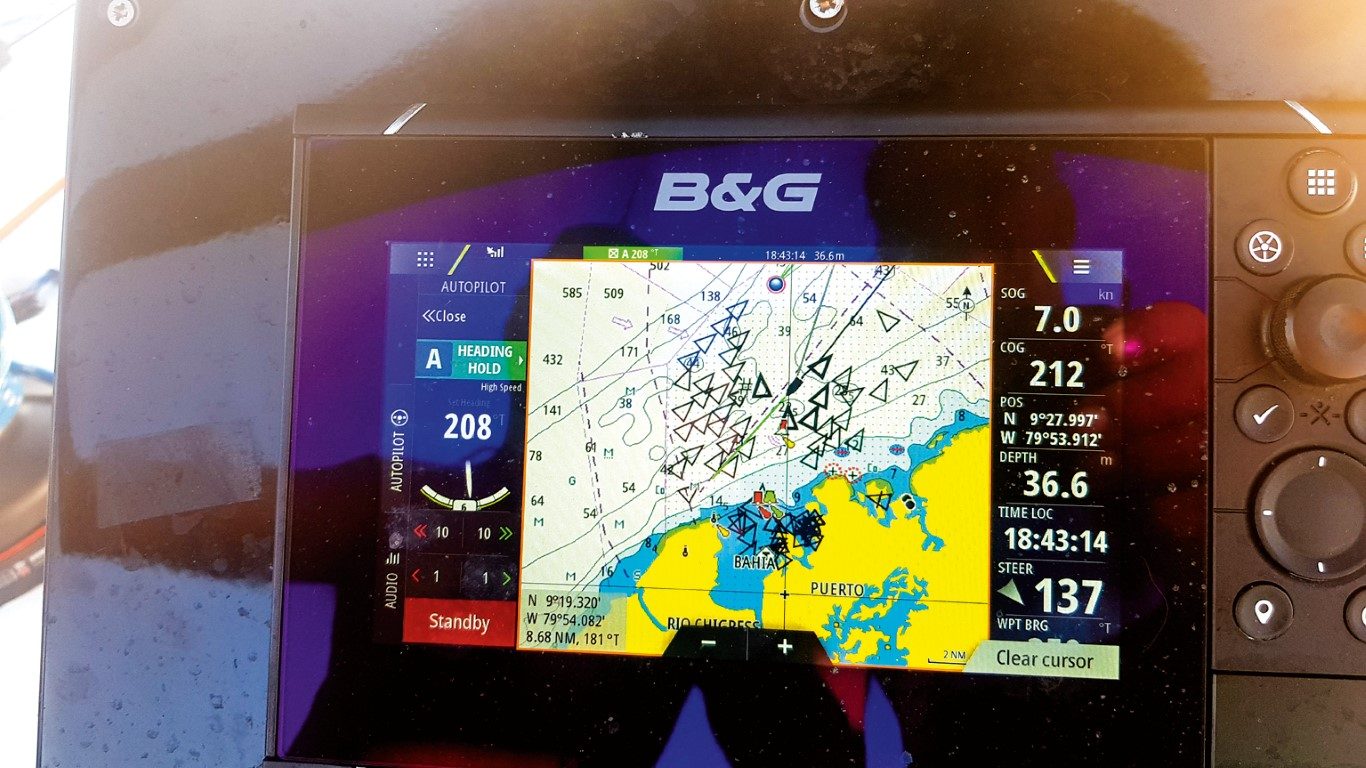 Together with around 20 other vessels from around the world, Rum Bucket obliged, the crew reasonably content to wait. They were grateful for additional provisions courtesy of the ever-friendly and helpful Juanjo Boschetti, the Shelter Bay Marina Manager.
But on March 20 Panama announced its International airport would close for 30 days. Rum Bucket’s crew now had two days to get out or remain stuck in Panama for a month or longer. Stress levels skyrocketed to 11-out-of-10. The youngest crew member really wanted to get home, three others had new jobs to return to, and Quintin’s business/staff was waiting…
The New Zealand government urged them to get home as soon as possible, but the bureaucratic storm was just about to hit. For the next 48 hours, the crew experienced a roller-coaster of highs and lows attempting to get clearance from the local Minister of Health to enter Panama. 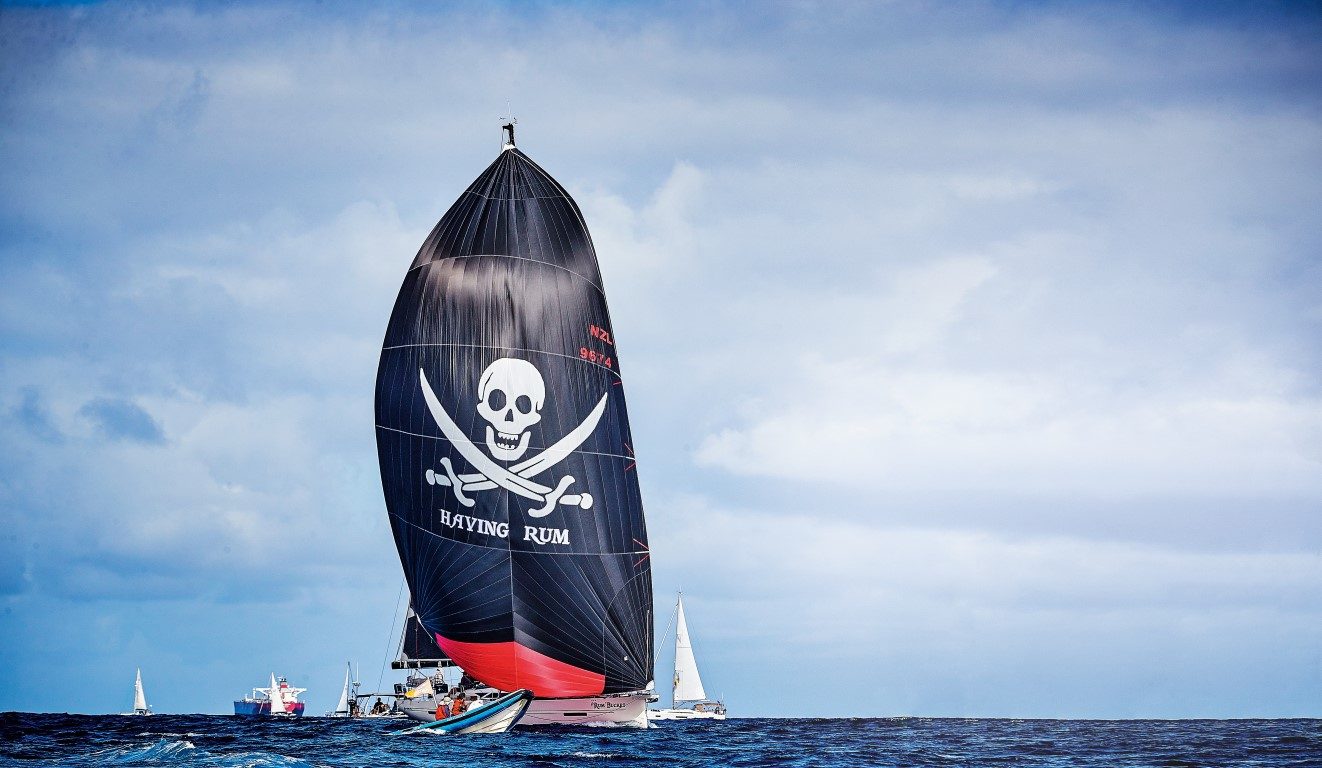 Lynne describes the situation onboard: “It was like a War Room! Tim had three mobile phones and the VHF radio going at once – MFAT, the NZ Embassy in Mexico and Shelter Bay Marina. He had his finger on the BUY button to book the last flights out of Panama for all of us once our clearance confirmation came through. We were giving everything to try to get out, otherwise we could be stuck for goodness knows how long.”
First Alex, the young Swede, was given entry, only to find that this didn’t mean anything unless Rum Bucket herself was cleared to enter. The Kiwi crew were then cleared to enter Panama, only to find that the email issued to local authorities had been forwarded via a New Zealand MFAT representative – it needed to be direct from the Panamanian Health Minister himself.
Overcoming this obstacle ignited celebrations – but these quickly died when they were told that because Rum Bucket herself wasn’t named on the email, access was denied. Each cycle of hope and despair led to frantic phone calls and emails.
The situation was desperate. At 1800hrs the roads to Panama International Airport would be closed, and at 2359hrs so would the airport itself. 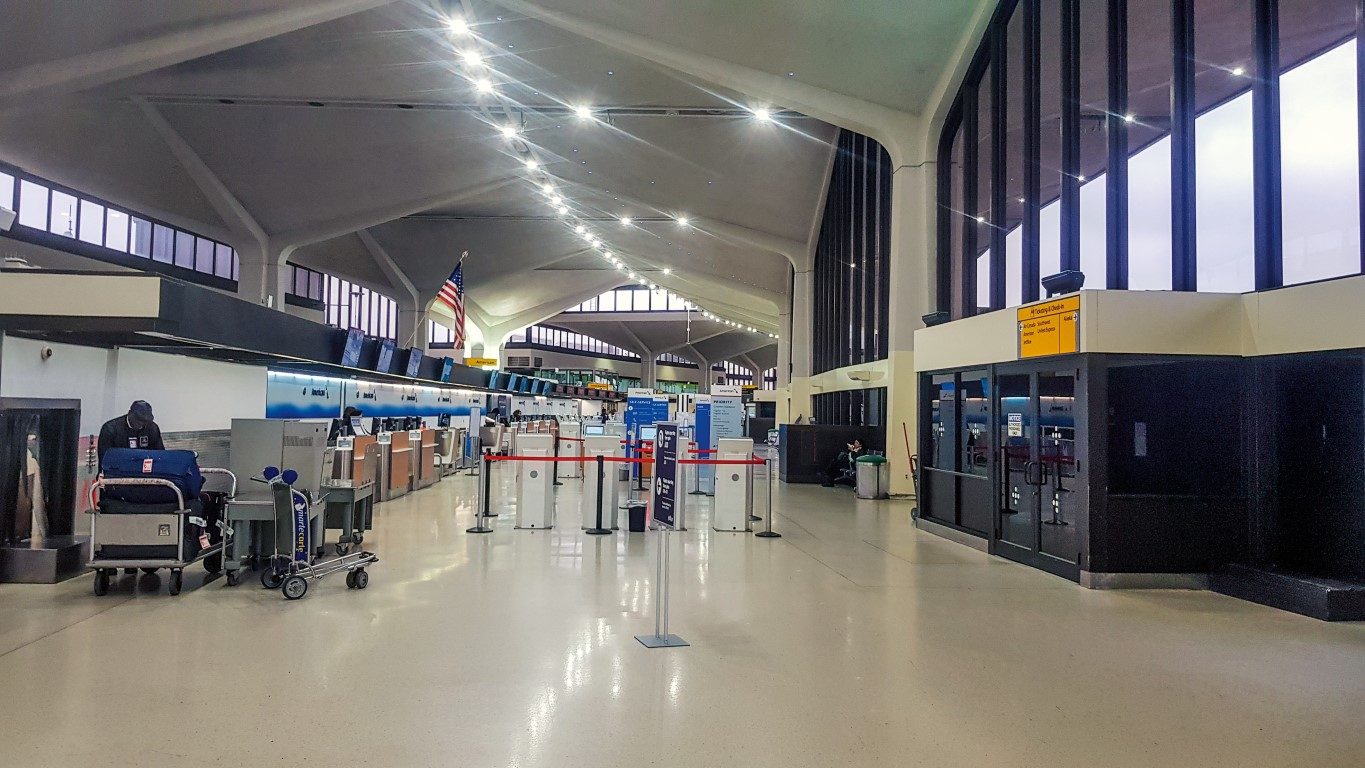 In the nick of time – Quintin calculated they had a ‘window’ of less than 30 minutes – clearance for Rum Bucket to enter Shelter Bay Marina was issued and received. But the Panama National Guard hadn’t received the memo and stationed its boats to block Rum Bucket’s entrance to Shelter Bay Marina. Again, Juanjo saved the day. “We nearly blew the prop off getting in there,” says Quintin.
But Panama contained one more twist.
The minibus! Where the hell’s the minibus? “I called the driver,” says Jo, “and he was stuck at an armed checkpoint. Understandably he wasn’t keen to push his luck, so we had to be patient and wait – yeah right! The clock was ticking and the stress levels were sky rocketing! Would we make it?”
Make it they did, arriving at the airport about 15 minutes after the roads officially closed. The ‘voyage’ home, taking in five international airports, was straightforward but surreal: forced to walk in single file from the boat to the waiting minibus, in which they drank rum and ate cheese to celebrate their liberation.
Armed checkpoints. Arrival at the airport, just hours before it shut down, to find theirs was the only flight on the board not cancelled. Checking in at an empty airport and flying on a plane whose only other passengers were flight crew escaping home. 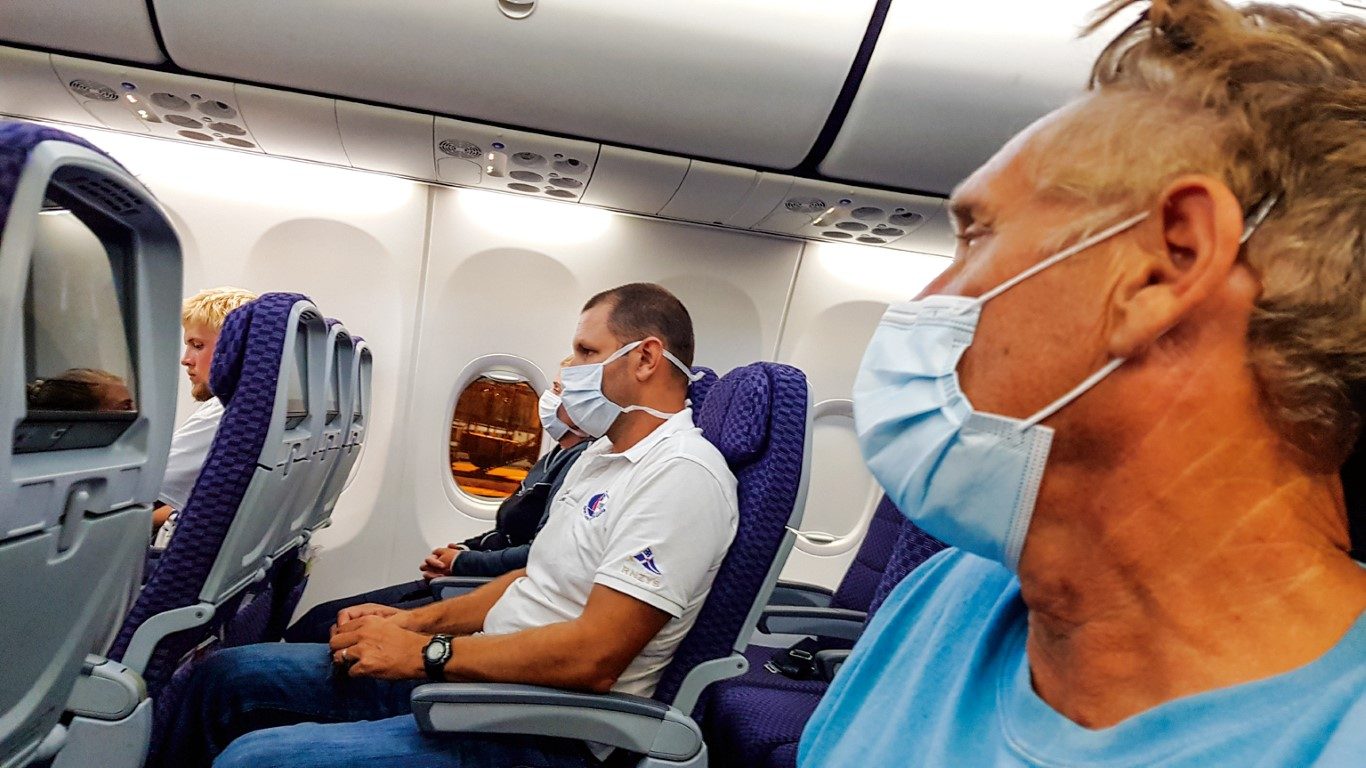 March 25. Fowler and his New Zealand crew finally got home – safe – but in mandatory self-isolation and into a country preparing for Level 4 lockdown.
Rum Bucket is on the hard stand in Panama, secured for hurricane season, where she will wait to be reunited with Quintin and his crew when the world returns to normal.