Ever since it was first staged in 1851, the battle for the Auld Mug has delivered scarcely believable storylines. Auckland’s 2021 edition didn’t disappoint and will be remembered for its extraordinary ‘comeback-from-the-dead’ narratives. Lazarus himself might have blushed.

The AC75 foiling monohull generated controversy from the moment the design was first unveiled by ETNZ chief executive Grant Dalton following the team’s 2017 success in Bermuda. Many predicted it would ‘never fly’. But fly it did – and advanced the science of foiling (and sailing) to new heights – literally. We are all richer and wiser for it. 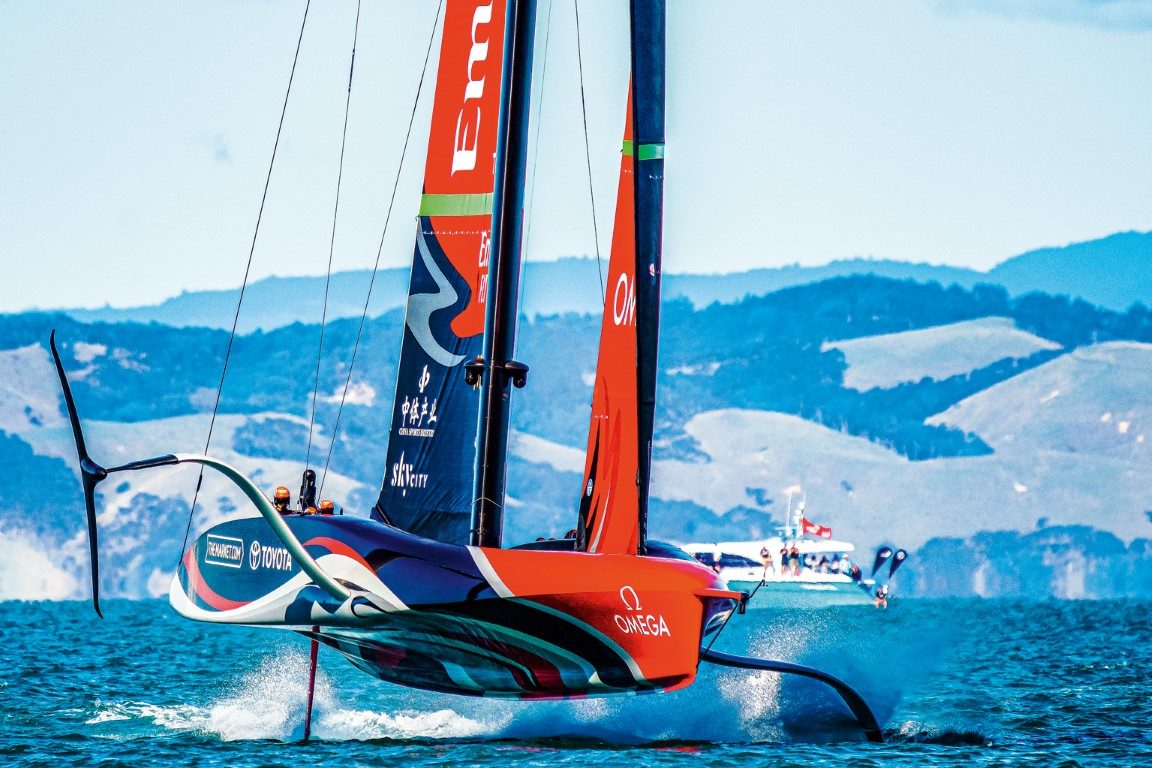 But achieving sublime perfection with such a revolutionary blend of aero- and hydrodynamic forces was never going to be easy – even after three years of trials, testing and development. Which is largely why this year’s event generated such extraordinary ‘Lazarus moments’.

Consider the lot of Ineos Team UK’s Britannia in the 2020 pre-Christmas regatta. A wallower rather than flyer, she was quickly and widely dismissed as a ‘lame duck’ – and at times the frustration on skipper Ben Ainslie’s face read like an open book.

But she disappeared into her shed during the short Christmas break and a few weeks later a radically different Britannia emerged – slick, quick and agile. It’s hard to guess what radical treatment caused the transformation, but she immediately proved to be a serious contender.

Remarkable though it was, Britannia’s resurrection was easily overshadowed by the fortunes of Patriot – the American Magic team’s entry, skippered by New Zealand’s Dean Barker. With an impressive turn of speed she immediately established her credentials. Until that tumultuous race against Luna Rossa in the Prada Cup, when she reared skywards at high speed and came crashing down.

The structural wounds were critical – evident from the large hole in her hull. That she was able to be kept afloat (thanks, in part, to the instant aid rendered by chase boats from rival teams) was remarkable. As armchair observers we could only guess at what additional damage she sustained to the complex electronic and hydraulics bits within.

Incredibly, against an impossibly tight deadline to make the Prada Cup start line, Patriot emerged from her shed in fighting trim, sporting a large band-aid across her hull as a show of appreciation for the help she received from her rivals and wider New Zealand marine industry. A Lazarus moment that beggars belief.

But for many fans the most outlandish come-back-from-the dead-narrative of the 36th America’s Cup must surely be that of ETNZ’s Te Rehutai Houdini-like win during Race 8. Sailed in flukey and capricious winds, Te Rehutai fell off her foils during a risky manoeuvre – and wallowed for an eternity as stunned fans watched Luna Rossa sail serenely away to a four-minute lead.

Until she too fell off her foils. 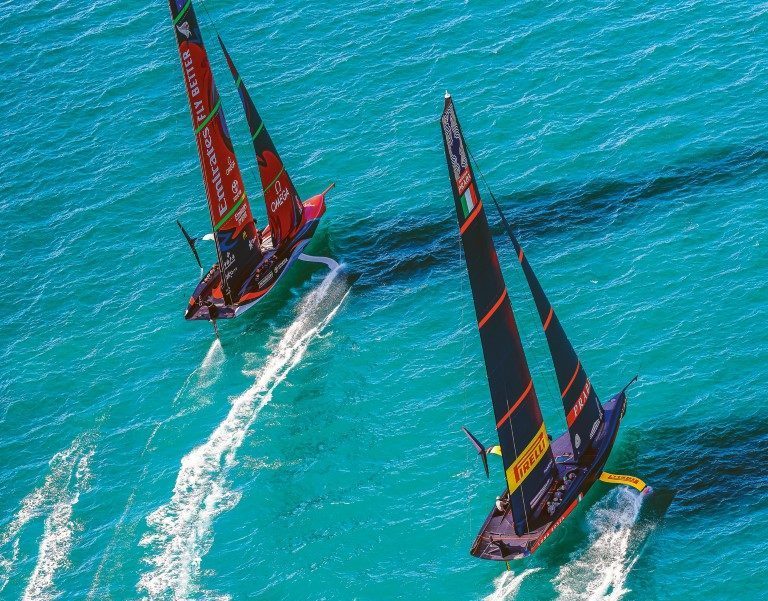 By which stage Te Rehutai was back up on her foils, hauled in her rival and eventually won by over four minutes. An eight-minute turnaround in a race where the winning margin is typically less than 30 seconds? Gobsmackingly bizarre.

Te Rehutai, in fact, engineered quite a few Lazarus resurrections during her eventual 7-3 win over Luna Rossa. These were best displayed during Races 7 & 9 – where less-thanperfect starts saw the ETNZ boat trailing and on the back foot for much of the races. Somehow, unbelievably, the team saw/ created opportunities late in the races, turning almost certain defeats into wins. 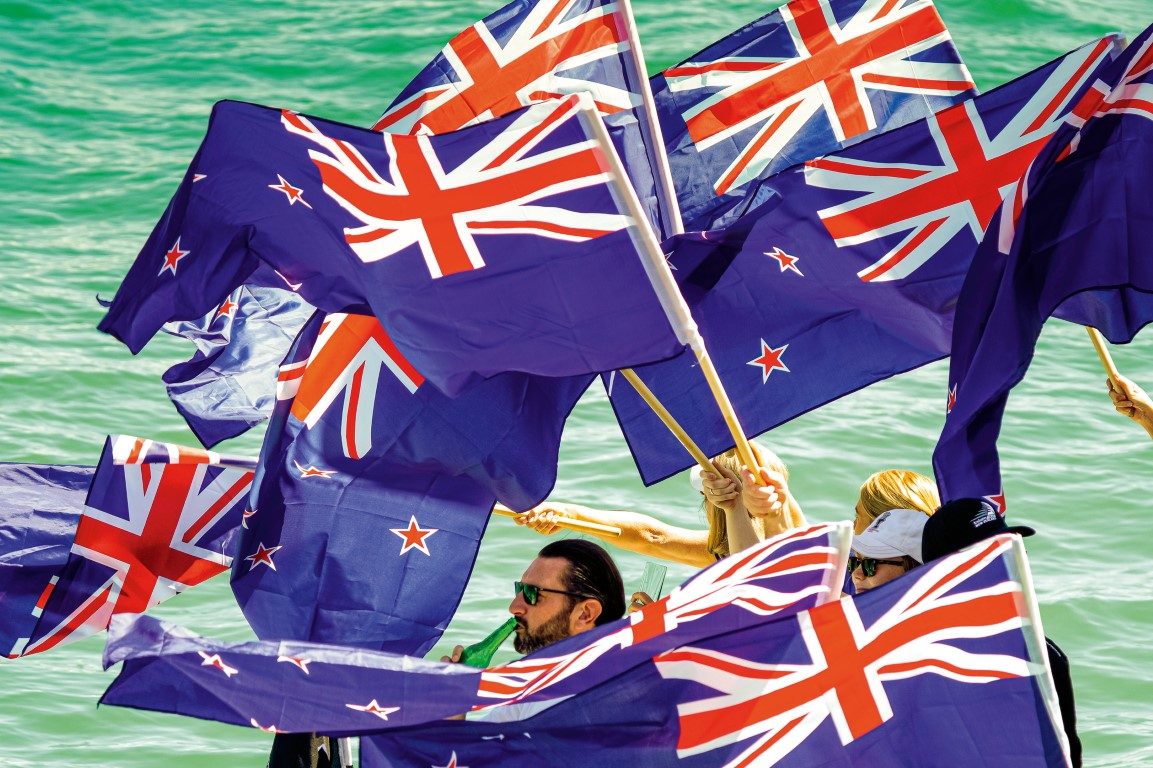 Luna Rossa helmsman Francesco Bruni summed it up when asked about ETNZ’s irritating come-from-behind performances. Sailing against them, he admitted colourfully – if a little despondently – was “like trying to drown a fish underwater.”

What a regatta. BNZ