Hooks come in many shapes and sizes, often designed for specific fishing tasks, but not all hooks are created equal: differences in quality can be marked, depending on the material and the manufacturing process used and, along with size and gauge (thickness), hook shapes vary considerably as well.

Many factors contribute to hook design, including corrosionresistance, weight, strength, hooking efficiency, and whether the hook is being used for specific bait types, lure types, or for different styles of flies.

Hook sizes range from 32 (the smallest) to 20/0 (the largest), but sizes vary between manufacturers. A 2/0 Mustad hook may be larger or smaller than a 2/0 Daiichi, but sizing is consistent within each maker’s range.

Most fish hooks are made from steel wire alloyed with vanadium and containing varying amounts of carbon. Hooks are usually forged and/or tempered to give the desired strength and stiffness. Stainless steel is also used.

Steel quality and carbon content impacts greatly on tensile strength, point sharpness and resistance to corrosion. Get the tempering process wrong or use the wrong (cheaper) grade of steel in the first place, and hooks can bend or break under pressure.

Many hooks are coated to resist corrosion and most fish hooks sold over the counter these days are chemically-sharpened, so they come out of the pack with needle-sharp points. Except for some larger patterns, which are not chemically-sharpened, there’s generally no need to file the points.

Some cheaper hooks, even heavy gauge examples, easily bend straight while others are too brittle and snap under load. Hook points either roll over or quickly lose their sharpness and corrosion-resistance may be extremely poor. Saving a few dollars on fish hooks is false economy if those hooks let you down when it matters most.

Hook shapes vary considerably depending on what the hook is intended for. For single hooks, the most notable distinction is between so-called ‘circle’ hooks – recurved hooks with points that turn in close to the hook shank – and ‘J’ hooks, which as the name suggests look like the letter ‘j’ in profile. The recurved circle-style hook is an ancient design that was used all over the Pacific basin; J-hooks are based on a traditional European design, though some examples of very early hooks from Eurasia are also of the recurved variety. 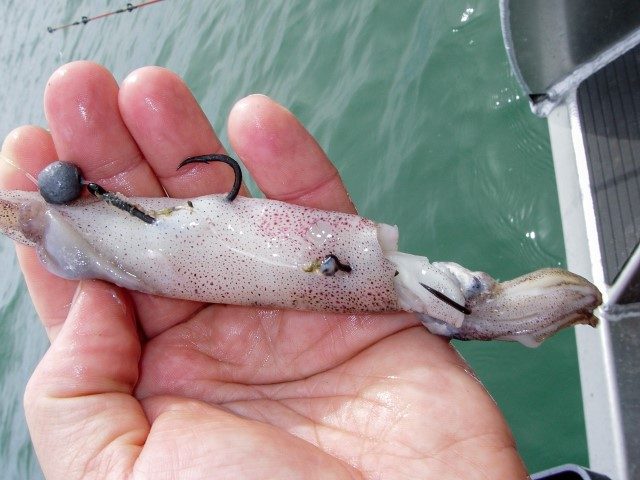 Circle hooks were used all over Polynesia, including New Zealand, going back to prehistoric times. They are a ‘self-setting’ design: as the fish moves off with the bait and tension comes on the line, circle hooks rotate to lodge the hook point in the corner of a fish’s mouth.

Circle hooks are seldom swallowed and damage to the fish’s mouth is usually minimal, so they are perfect whenever fish need to be released after capture and work equally well with live and dead bait. The type was universally adopted by Japanese commercial longline fishers years ago and has recently grown more popular with recreational anglers. In New Zealand such hooks were referred to and sold as ‘Japanese longline hooks’ until quite recently.

J-hooks of various types remain the most popular hook type for recreational fishers, whether bait fishing or lure fishing – circle hooks do not work well with lures or flies. J-hooks came in a variety of styles, including the popular ‘Octopus’ or ‘beak’ style, a short-shanked hook that’s become the norm for snapper fishers all over the country, and longer-shanked styles popular with blue cod fishers and others. 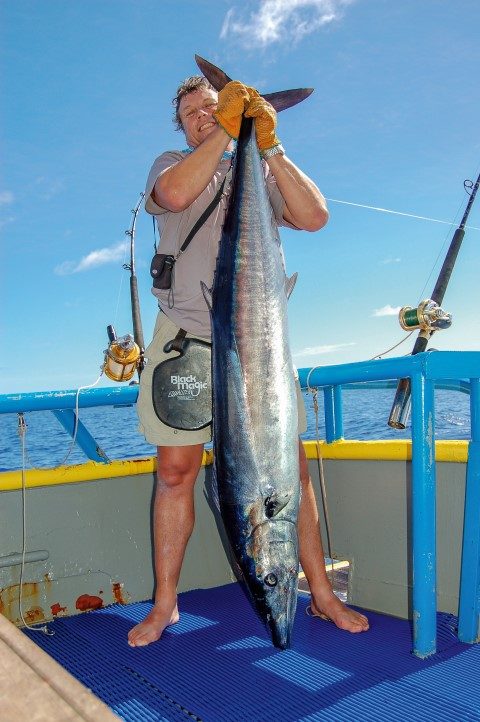 Although fish regularly hook themselves on j-hooks, particularly when a bait has been swallowed, it is generally accepted that the angler needs to ‘set’ the hook – pull forcefully on the line to drive the hook into the fish’s jaw (called striking). When lure fishing, especially when trolling, the forward motion of the lure is often enough to set the hook into a fish’s jaw.

J-hooks also form the basis of treble and double hooks, which are simply two or three j-hooks joined to one another shank to shank. These hooks, often in multiples of two, three or more, are most often used to dress lures.

The main disadvantage of j-hooks is their tendency to lodge deep inside a fish, rendering successful post-capture release untenable. While there are always exceptions, deep-hooking isn’t usually an issue for lure fishers, since lures are seldom swallowed.

Deep-hooking can be avoided by being hands-on anglers who pay attention to our gear. Unattended tackle results in many more deep-hooked fish than gear that’s held in the hand. Learning when to strike – not too early and not too late – takes practice, but good technique results in fish that are hooked cleanly in the mouth.

Fine-gauge hooks are useful where lightness is important (fly fishing) or where the hook needs to be as inconspicuous as possible. A fine-gauge hook is also easier to set, which makes them mandatory for light-tackle fishing. However, light hooks generally distort and break more easily than heavy-gauge hooks, making them unsuitable for heavy tackle applications and highdrag settings. 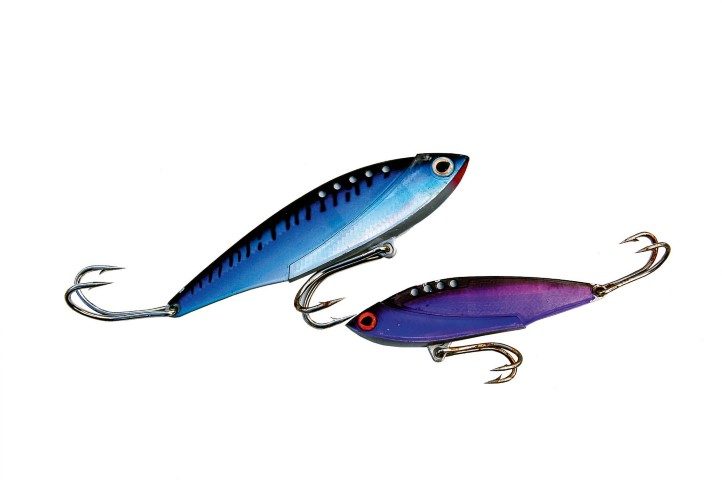 For the average angler fishing 6/0 hooks for snapper, most of the hooks available from reputable suppliers are plenty strong enough to handle the largest snapper they are likely to encounter, unless they routinely fish heavy line and extreme drag settings.

Soft-baiters need to pay more attention to hook sizes, especially if like me they prefer smaller 3/0-sized jig heads. Many smaller jig heads are moulded on fine wire hooks, which are simply too light for the drag settings we commonly use. They will bend out on a good fish, or else end up twisted and bent by the powerful jaws of a decent snapper.

Look out for jig heads with good quality, heavy-duty hooks. There are plenty of good options available down to ¼-ounce, though finding jig heads lighter than that with decent hooks is more difficult.

Point offset refers to the way a hook point is offset from the shank to the left (kirbed), or the right (reversed). Offsetting the point improves the hook-up ratio for both circle and j-hooks, but offset hooks shouldn’t be used with lures since they can cause the lure to spin.

Most j-hooks used for bait fishing are offset, as are some circle types. However, offset circle hooks are far more likely to deeply hook a fish than conventional circle hooks. For that reason, I seldom use them. Provided you remember to tighten the line smoothly rather than striking, the hook-up rate with straight circle hooks is good and the fish will almost always be mouth-hooked.

Barbs are meant to prevent the hook dislodging from a fish’s jaw. Once the hook is set past the barb, in theory it can’t be dislodged, though in practice it happens all the time. The larger the barb the greater the insurance against lost fish, but the hook is also harder to set. Many of today’s popular hooks have small barbs, so they’re easier to set. For light-tackle fishing, a small barb is essential, otherwise it can be all but impossible to drive the hook home.

With the swing to generally higher-quality, lighter gauge hooks in recent years, barbs have tended to become smaller as well. Many anglers, especially catch-and-release fishers, reduce or remove the barbs altogether, either filing them off or squeezing them down with a pair of pliers. Removing the barb is a sensible idea if you fish lures with treble hooks – it is all too easy to bury a hook in your hand when trying to handle and unhook a thrashing fish.

Removing the barb makes releasing fish easy and the hook does far less damage to the fish. The only downside is that the hook is more likely to fall out if you allow any slack line, but keeping a tight line is one of the most basic angling skills. Provided you keep tight, you won’t lose too many fish, barb or no barb.