The tide is one of those miracles that occur every day. It is one of the largest daily movements by mass on the planet, yet it is perhaps the frequent nature of the tide that seems to reduce this miracle to mere commonplace. Story by Lindsay Wright.

To a landlubber, the tide is a complete mystery, but to the sailor, it has a huge influence on how a stretch of water will behave, where you might anchor and even whether you will be able to retrieve the boat from the ramp after a spot of fishing.

Tides are not simple things. They are instead beset by all manner of eccentricities and quirks. The sun, moon and earth, which cause most of the tidal effect, do not orbit in perfect circles. They dip and wobble – sometimes in sync, but mostly not.

When they pass overhead it is felt in the oceans, sometimes, as a confusion of voices and at other times in a perfect rhythm over time-spans ranging from six hours to every 20,000 years. 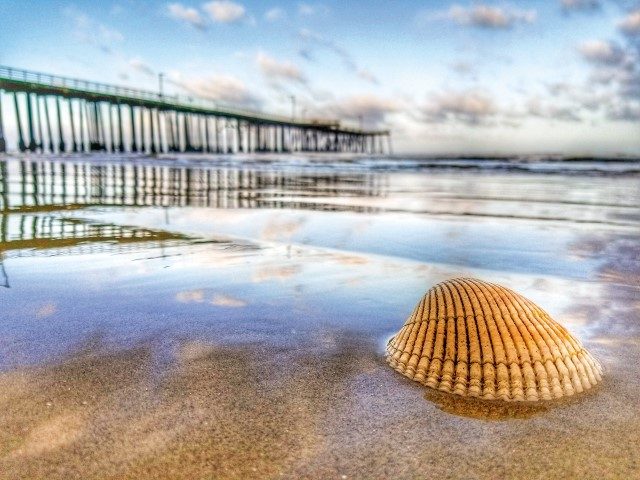 Each body of water replies to these calls differently. It is said that the Atlantic responds mostly to the moon while the Pacific prefers the sun. Some seas hear only the voice of one heavenly body – others hear them all. The calls are heard differently in New York, Hong Kong and Bluff. They are heard differently on either side of Cook Strait even though they are only a few miles apart.

Greek philosopher Aristotle thought long and hard about tides. The Mediterranean behaves more like a lake and has only small tides, yet Aristotle noticed strong reversing currents in the Euripus Strait. He suspected it had something to do with the tide but could never figure out the cause.

Aristotle was used to figuring stuff out and the frustration, it is said, drove him to say “Comprehend me, since I cannot comprehend you” before promptly throwing himself into the sea to end his life. While the last bit has a whiff of Greek urban myth about it, the part about the tide being baffling still rings true.

A couple of millennia later Isaac Newton had a tentative crack at solving the mystery of the tide. He put it down to his new-fangled discovery called gravity. It was an odd thing, as science was desperately trying to distance itself from the magical and mystical views that had defined humanity in the past, yet here was an unseen force pushing stuff around on a massive scale.

It sounded like witchcraft. Newton described his tide theory as “a most disgraceful thing,” and even today oceanographers admit to being baffled at the complexity of modelling tide predictions.

Before Newton introduced the concept of gravity (and with it tidal motion), most cultures had based their explanation of the tides on religious beliefs, in myths and by practical observation.

Just as we do today, they used what was at hand to make sense of their world. The Chinese saw the Milky Way as a giant water wheel filling and emptying the oceans as it spun. 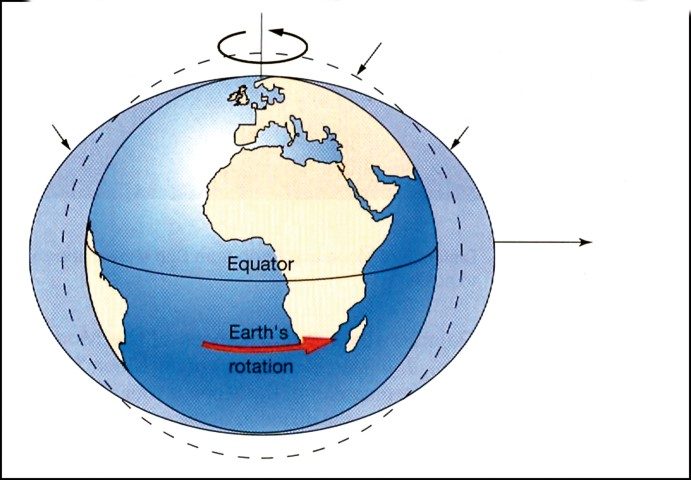 In New Zealand, it was Te Parata, a taniwha who inhabited the under-sea Kermadec Trench to the north of New Zealand. As he breathed, the tides flowed in and out and if you angered him he would suck you down to the abyssal depths.

The tide’s rhythmic coming and going most certainly feels like the breathing of a large beast. Well before followers of the Gaia-theory-of-a-living-planet took up this idea, Leonardo da Vinci was convinced this was the case and even attempted to calculate the size of its lungs.

Whatever the speculation about the tides and their cause, the very scale and mass of the movement of water they induce has a brutal practicality to it. Learning how to work with the tide to gather food or move along the coast would have been a vital survival skill to any coastal culture.

In New Zealand, we are in the unusual position of having a tide that is dictated by the fact that our landmass sits on what is referred to as an amphidromic point. An amphidromic point, also known as a tidal node, is a geographical location that has zero tidal amplitude. 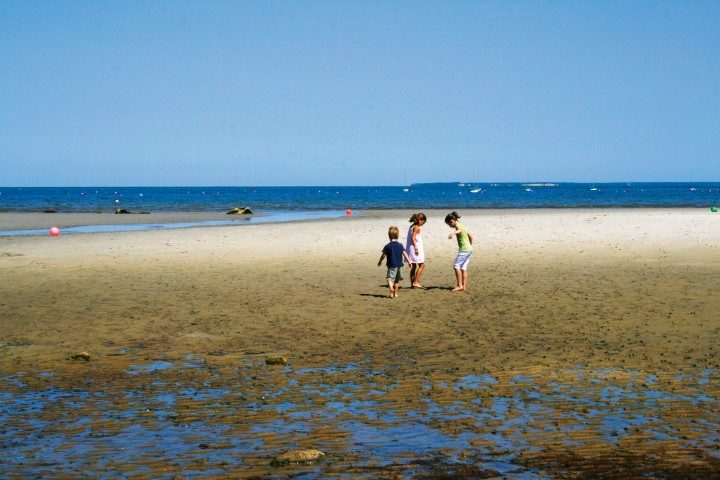 There are a handful of these around the world’s oceans and at these points, all the complex and messy tide waves appear to cancel each other out. In addition to this odd occurrence, the tide waves that surround them tend to circle them like water around a drain plug.

In New Zealand’s case, they rotate around the country in an anti-clockwise direction which, to further complicate things, goes against the inclinations of the powerful Coriolis effect.

This tidal bulge takes approximately 13 hours to travel a full circuit of the country, northwards up the east coast of both islands and southwards down the west coast. This pattern of flow is the reason why the state of the tides in Auckland’s Waitemata and Manukau Harbours are never the same, despite their close proximity.

The tide has to travel from Auckland around Northland to reach the Manukau Harbour – a journey that takes around 3½ hours. This also explains Cook Strait’s fearsome reputation as the tide travelling northward along the east coast passes the southbound tide to the west.

The strong difference between the states of these tides, combined with the east/west tide height difference makes for what scientists describe as “a complex pattern of strong currents.” In sailor talk, this is a shit-storm.

All around the New Zealand coastline the tidal regime is dominated by the moon and is therefore described as semidiurnal. This means that on most days two high and two low tides will occur at any given location.

Maximum tidal ranges over 3.5m occur at Onehunga, Port Taranaki, Nelson, Westport and Auckland. The smallest tidal ranges of 2m or less are experienced at Gisborne, Napier, Wellington and Picton. 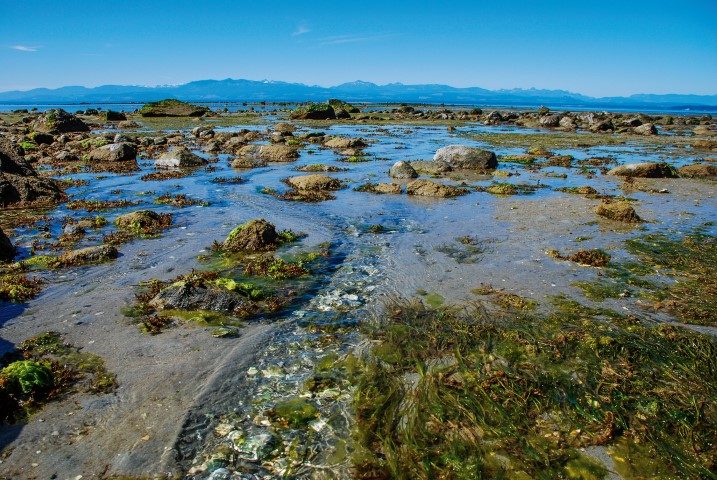 When you look at a marine chart you will notice that the depths are given for the lowest astronomical tide. That is to ensure the sailor has low expectations about the water level.

Perversely, landlubber maps tend to finish at mean high water springs, which means at low tide there are thousands of square kilometres of mud and sand exposed. These are a veritable legal (and philosophical) no man’s land. When you inquire about this discrepancy at the local regional council you are often left with a long pause followed by a blank look. 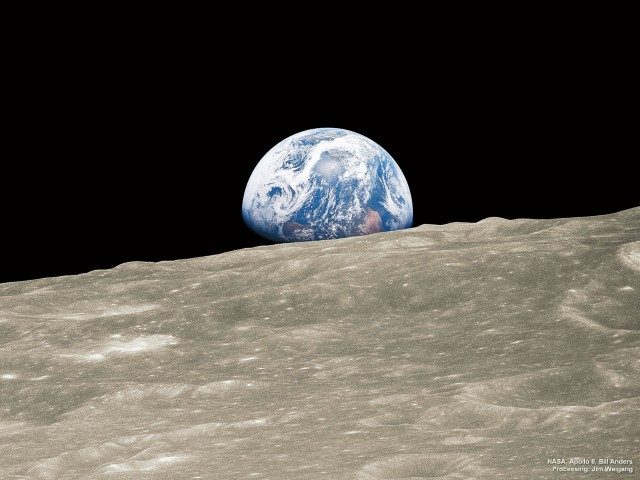 Where I live the tide is still part of everyday culture. In summer it dictates which beach you will swim at, what time you will fish at and which time you will access the harbour by boat. Even the most hardened landlubber who lives here knows this information. In the city that is just over the hill, this knowledge of the tide and its effect on your day disappears.

It becomes hokey folk knowledge; a cartoon of history, with pipe-smoking sailors and peg-leg pirates. With this image, these landlubbers dismiss a large rhythmic miracle that makes the ocean like no other environment on the planet.

Schionning Cats launched all over the world