Established in 1965, when James Nilsson built his first winch using a Fisher & Paykel washing machine motor and gearbox, the Nilsson name has become synonymous with anchor winches. Words and photos by Norman Holtzhausen.

Nilsson started the business as a sideline, originally operating from his basement in Auckland’s Roberts Road. In the early days his very understanding wife would operate the lathes and mills to do the machining while he was at his day job.

In the evenings he would assemble the winches from the parts she’d made and set up the machines again for the next day’s machining. It did not take long before he gave up his job to work full time in winch manufacturing.

The basement proved too small to cope with the growing demand for his products, and he moved to a factory in Sunnybrae Road in Auckland. Ever-innovative, he next designed and constructed his own building in Hillside Road in Wairau Park, which the company occupies to this day.

After continuous growth, the business eventually grew too big for James to manage and he sold out to Lou Fisher. The latter’s son Stephen later took it over and then merged with Maxwell to form Nilsson Maxwell Winches.

As part of the deal James Nilsson had a 10-year restraint of trade, so he established a general engineering business in the same premises which he wisely kept – having sold off the winch business. Almost to the day that the restraint period expired, Nilsson was back in the business of making and repairing winches.

Jerry Bennett was his manager prior to the sale and originally went across to the Maxwell business, but as soon as Nilsson started out again Jerry rejoined him. Bennett and Nilsson jointly designed and started building the SeaWitch range of anchor winches in 1991 and have been making these ever since.

In addition to manufacturing complete units, the company makes components for both its winches and other brands. It is still able to make parts for the early Nilsson winches and, as testament to their engineering, some are still operating almost 50 years after they were manufactured. Technology has improved considerably since then, and the originals can usually be renovated and improved by adding features such as dual-direction capability.

Of course, the units no longer use washing-machine parts, but rather modern Italian-made DC motors. These provide considerably more power and speed. Current owner Grant Nilsson, son of the founder James, says that if the winch suits the boat, it sometimes pays to renovate rather than replace the original unit.

Swapping to a different model often requires modifications to the deck and mounting plate, which can be problematic and potentially expensive. Renovating the unit offers a good-as-new option that fits perfectly.

Grant began working with his father in 1985, and in 1991 he and Bennett bought out his father’s shareholding. Since then they’ve expanded the range of products to include capstan (vertical) and windlass (horizontal) models, as well as a range of speciality winches for davits, centreboards, pot-haulers and long-line haulers.

They also make and service the captive-reel range of winches, massive units that are installed below-deck on superyachts. The quality of these units is such that internationally-renowned company Harken used to rebadge the winches as its own. Sadly, this market has dropped away in recent years due to the decline in New Zealand superyacht manufacturing, although servicing of the huge units still provides ongoing business.

Apart from its extensive range of off-the-shelf winches, the company also builds custom models. These have included winches for hauling barges, cable pulling, bungee jumping and cranes for lifting tenders on board larger vessels.

A modern, in-house 3D CAD system is used to design a solution to suit the customer’s needs, after which CNC machines manufacture the components. A recent job involved building a solution for a yacht where the winch was built to fit within the davit holding the tender. This enclosed the cable run within the davit arm until the tender is lowered, creating a neat, tangle-free setup.

In addition to its winch business, James Nilsson also offers a custom engineering service, able to design and manufacture parts to solve any marine or general engineering problem.

A winch is one of those items that often gets installed and then forgotten. Usually they are reliable and trouble-free – but then, out of the blue, they suddenly and stubbornly refuse to work. At which point – depending on the size of your anchor and the manpower on board – you may have a minor annoyance or a major problem.

We asked Grant Nilsson for a few recommendations to show your winch some love.

His #1 suggestion is to wrap the motor in Denso tape, starting from the lowest point and finishing at the highest. This wax-impregnated cloth tape will keep water, spray and salt away from the motor’s innards. 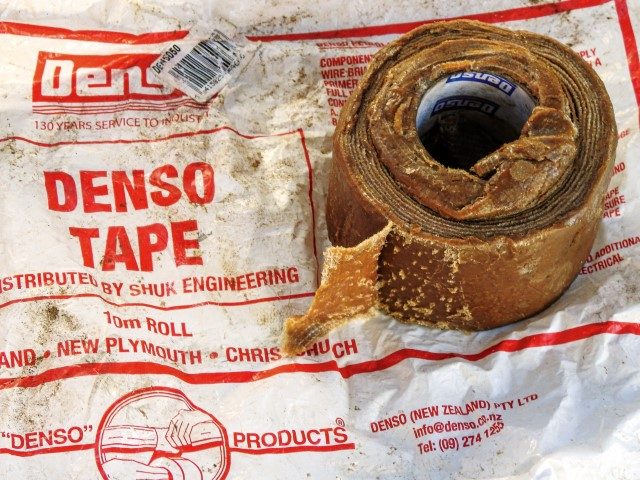 A failed electric motor is the chief cause of winch problems, and saltwater is the enemy of anything electrical. Denso tape is a modern form of a tried-and-trusted solution that’s been around for centuries, and applying it while the motor is new, clean and dry will help to prevent future problems.

The most important maintenance step is to strip the outer (exposed) part of the winch annually. This will be the gypsy or capstan, the chain stripper mechanism, and the underlying seals. Clean away any salt residue as well as any other grime or muck that may have collected.

Inspect parts for wear, especially the seals around the shaft, then grease and re-assemble. Nilsson says winches seldom fail suddenly, and wear and tear should be visible and easily corrected during this maintenance. He adds – wryly – that almost no-one ever bothers with an annual winch check. Instead, most wait until something jams or fails.

The next level of maintenance is every five years or so. At this time the winch should be removed completely from the boat, the gearbox stripped and cleaned, with seals, oil, motor brushes and bearings replaced.

Nilsson provides a complete winch service, which includes full load-testing. The company services all brands/models and it can manufacture replacement parts, including the gears.

If your winch has a rode or chain-counter, these also need a special bit of attention. The magnet needs to be cleaned every year, since it attracts flecks of iron/steel that affect its accuracy. Also check that the epoxy seal around the magnet is free of cracks or chips, since any seawater ingress will rapidly destroy the magnet.

The company’s able to retrofit counters to older model winches, as well as update the motors. This enables most models to be converted to reversible operation and also electronic control, making for simpler operation.

Nilsson says refitting worn gears is false economy as these will eventually fail or jam. The company has serviced units that are more than 35 years old and are still going strong. Which underscores the point: if the winch suits the boat, look at refurbishing rather than replacing. 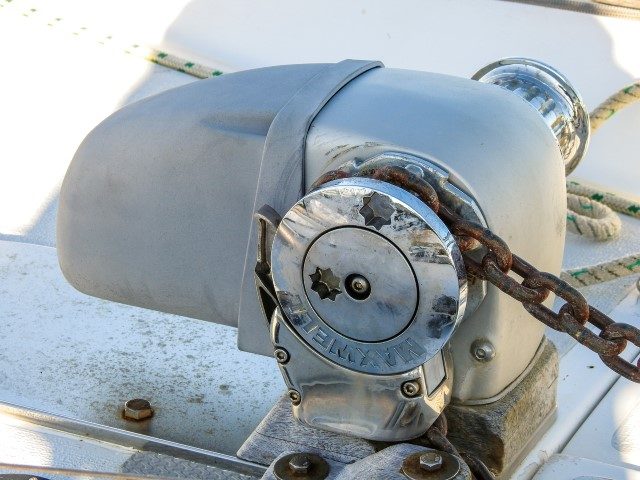 But if you decide it is time to install a new model, the company can manufacture an adaptor plate to match the old and new units. This allows a new model with a different hole layout to be fitted to the same location without extensive modifications to the boat’s structure.