Understanding the dynamics of wind and its impact on the sea, your boat and your yacht’s sails can boost your boating experience, writes Jim Lott.

As we get ready to head out for a day’s fishing or sailing, checking the weather forecast is as much a habit as a cup of tea. Finding there will be the odd shower is useful but learning that the 10-knot wind in the morning will increase to 20 knots later is more meaningful, and experience tells us what to expect. Listening to the Coastguard’s ‘now-casting’ reports from around the coast adds greatly to our decisions whether to go out or when to head into shelter.

But how much do we actually think about the effect of the afternoon’s 20 knots compared with the morning breeze? What does it mean in practical terms? For a sailor it looks like a great day with brisk sailing – for a fisherman it will be pretty bumpy heading home. 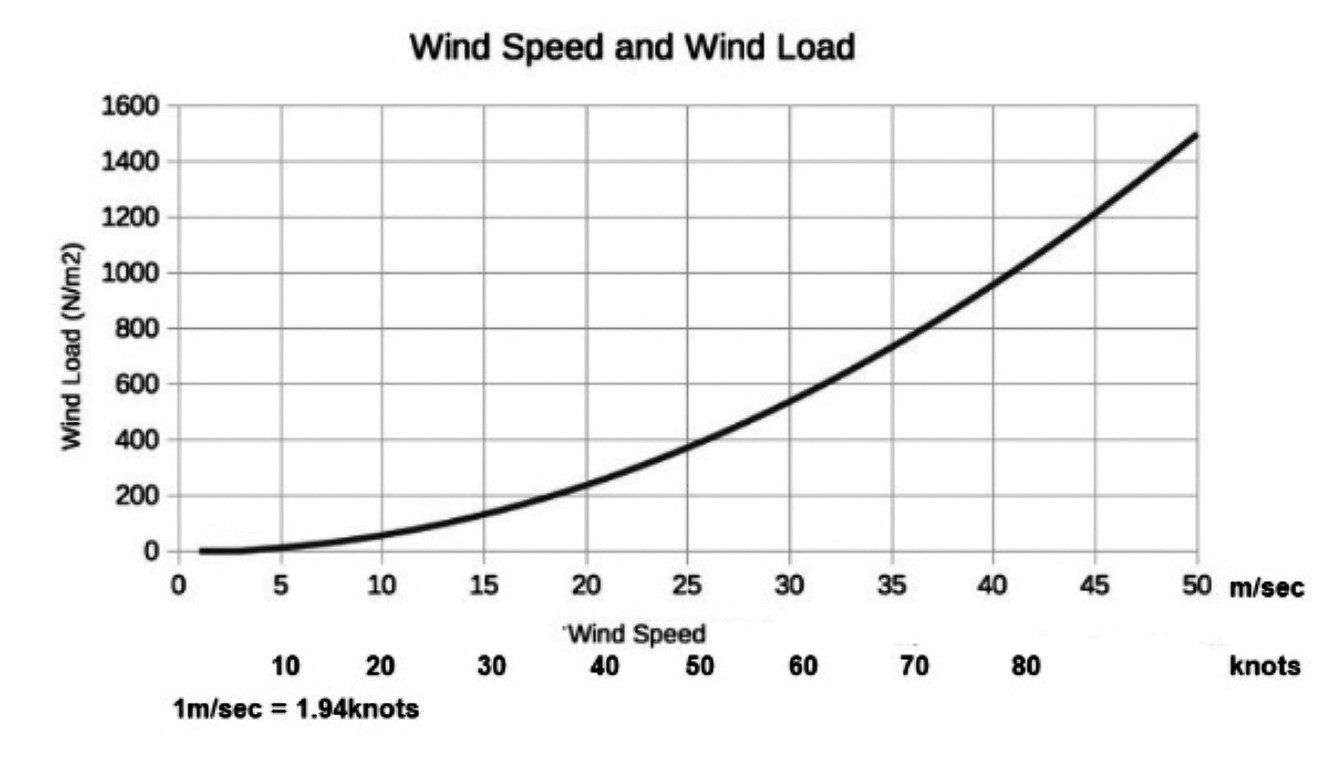 As humans, we naturally think proportionally: when the wind-speed doubles we naturally expect that the loading on the sails will double and that the force the wind applies to the sea to create waves will also double. But the force on sails and sea (or ‘wind-load’ as it’s called by designers of tall buildings) actually increases exponentially with greater wind speed. In reality, twice the wind-speed equals four times the force.

When the 20-knot wind arrives in the afternoon the force of the wind on the water quadruples – the result will be much bigger waves. Small power boats will need to slow down and will use more fuel. Many yachts will be overpowered and will need to reef.

This exponential increase in force as the wind speed rises explains why a gale warning issued by Metservice means so much more than a strong wind advisory. A strong wind advisory is issued when the wind is expected to exceed 25 knots as a steady wind – or reach 33 knots in gusts. The advice needs to be respected, but a warning is much more emphatic.

When the wind is expected to be a steady 33 knots a gale warning is issued. A storm warning is triggered by winds of 47 knots. 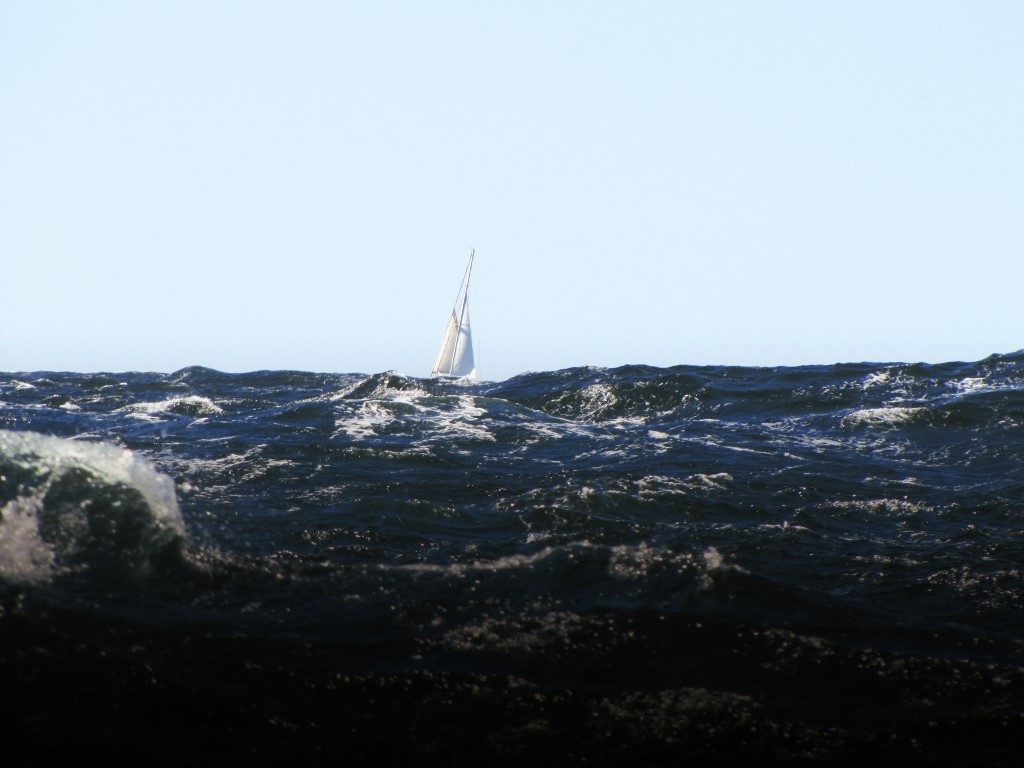 As each criterion is reached the wind speed increases by about 50% but the force the wind applies effectively doubles every time. The wind is far from steady and mariners have learned that gusts can often be 50% higher than the mean wind speed. That increase in speed as gusts come through equates to about twice the force.

A microburst that hit Westhaven one night in 2019 flipped a large catamaran and blew super-yachts flat in their marina. It probably reached 120 knots, which is four times the force of a wind of 60 knots, a wind speed where it is almost impossible to stand up.

PRACTICAL EFFECTS ON BOARD

To a sailor (whether in the harbour or crossing an ocean) it is not so much the wind that causes problems but the sea state. When the wind increases the waves build rapidly. Initially they are steep and their impact can be daunting. Anything (including the crew) not secured soon starts flying about and the debilitating effect of seasickness (just when the need to take action is greatest) has often led to mishaps and accidents.

Whether fishing or cruising we rely on anchors for convenience and security. A correctly-sized anchor and chain set properly will easily cope with 20 knots where there is good holding. By the time the wind reaches 40 knots it is likely that even the best ground tackle will not hold. It’s certainly time to lay a second anchor. A 30° – 40° angle between the anchors is ideal.

Ocean wanderers often carry four anchors and cables on board – it’s always possible to lose one. The approximate rule of thumb among such folk dictates that at 120 knots wind speed the load on the anchor cable is about equal to the boat’s displacement. 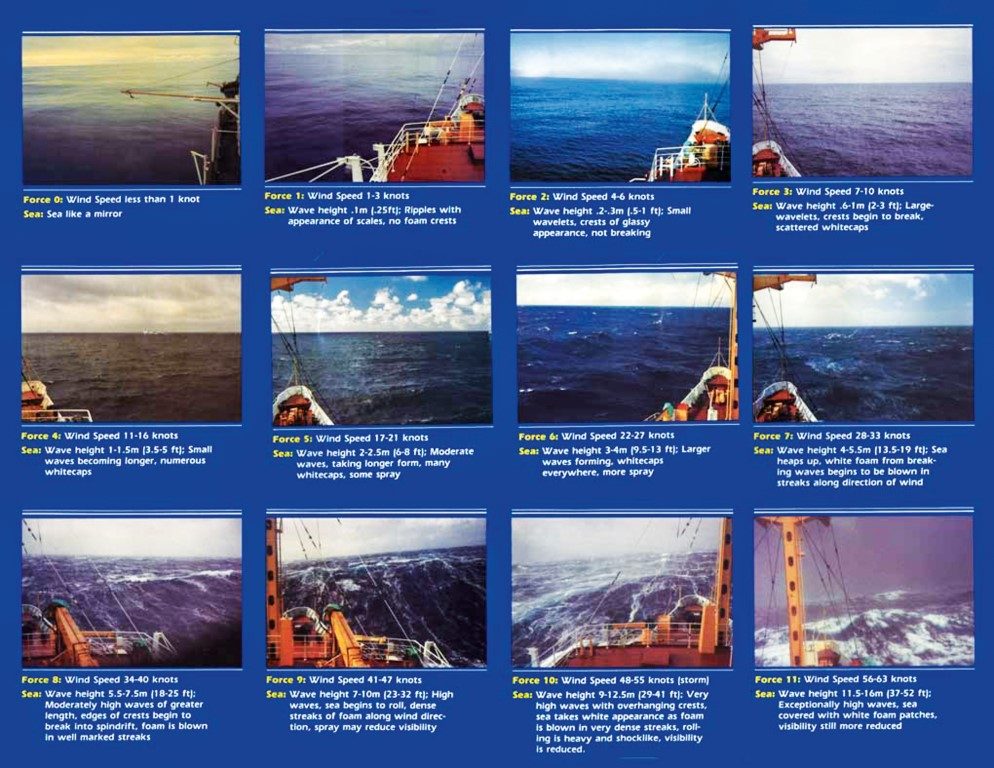 The estimate is not too far-fetched. When hurricane Irma reached about 160 knots in the Virgin Islands, many marinas were wiped out, most boats were totalled. Of those that survived, many lost their rigs even when all sails and spars were stowed below. A 13m catamaran was seen blowing along a hillside 30m above sea level.

With dinghies, kayaks and paddle boards, it takes just a minor increase in wind speed to have a major effect on windage that can make controlling small, light vessels very difficult. Ripples quickly become small waves adding to the problem. 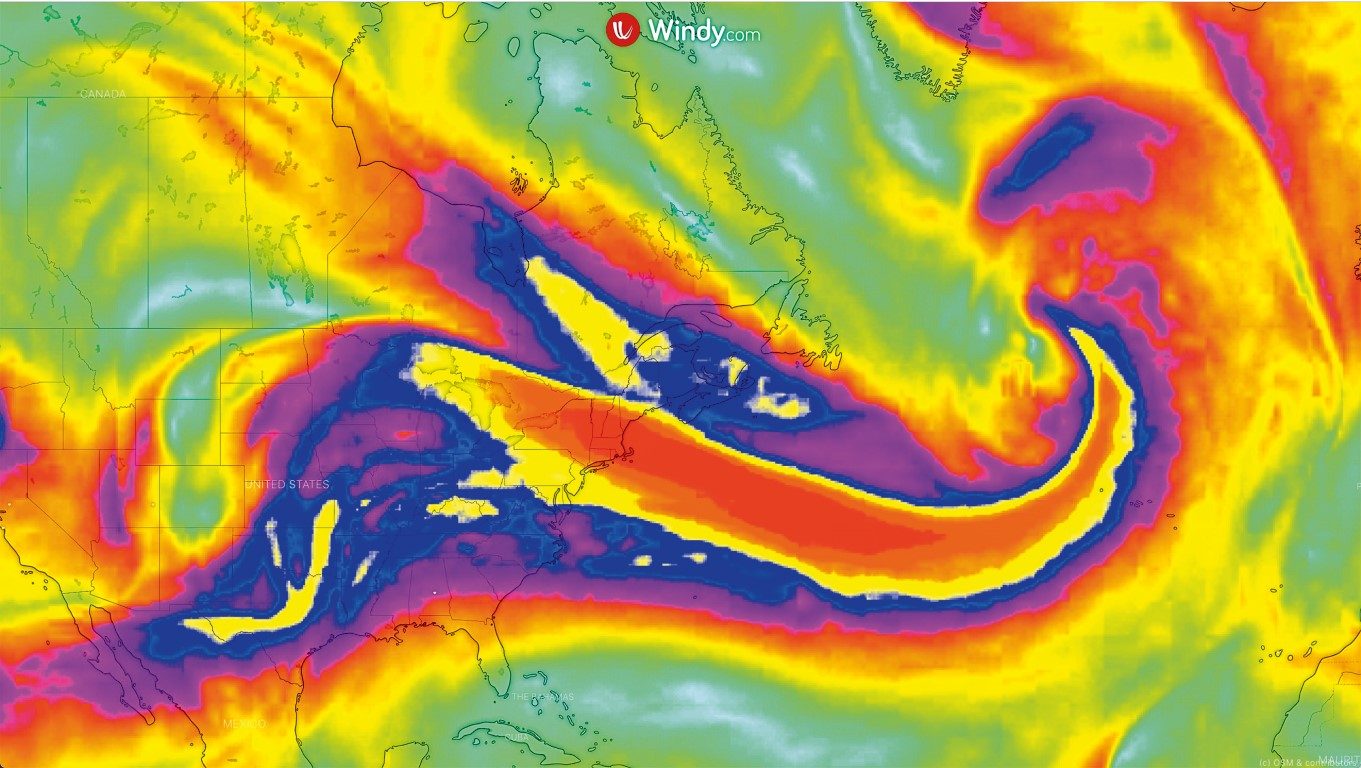 When the next America’s Cup yacht rises out of the sea and flashes by, take a moment to reflect that she is sailing at about 40 knots in a 10-knot breeze. That also means the apparent wind speed on board is around 40 knots. The force on the rig and sails has increased by 16 times in as many seconds. It makes the rules where they stop competing in 20-plus-knot winds eminently sensible.

Take-off speeds for modern aircraft are usually 130 to 150 knots. No wonder catamarans can fly. BNZ