The wheeling terns and flocks of shearwaters that have been such a feature of inshore fishing in the Waitemata Harbour for months were nowhere to be seen – and this just two days after coming across dozens of work-ups beside Rangitoto Island while on a boat test. I’m not sure if we’ve seen the last of the anchovies for the year, but their absence that day was a reminder winter is on its way.

As we transition into winter, the big bait schools of autumn will gradually disperse and most of the school snapper will move out into deeper areas. The harbours and channels that fished so well in February, March and April will be much less forthcoming and the species mix will change. Kingfish will become rare and snapper less abundant.

On the other hand, kahawai can be taken year-round, though I’ve noticed winter fish in the Gulf tend to be smaller, and trevally become relatively common. Out over the sand and in the bays, gurnard start to feature in catches from May onwards. Nor do snapper disappear completely. On the contrary, they spread out, with many fish settling down along rocky shorelines and on rocky reefs both shallow and deep.

WHERE ARE THE BIRDS?

From late summer and into autumn, I’d come to rely on working birds to put me onto fish, usually a mix of big kahawai, kingfish and snapper in the general vicinity. This time, however, I had to fall back on local knowledge and judicious use of my fish finder. Compared to previous recent trips, I had to work hard for my fish.

Thankfully, I was able to locate patches of bait here and there, so there were obviously still some anchovies about, but I didn’t come across any large schools in the areas that had been thick with them just a week ago. The total absence of birds was very strange, but they obviously knew something I didn’t. 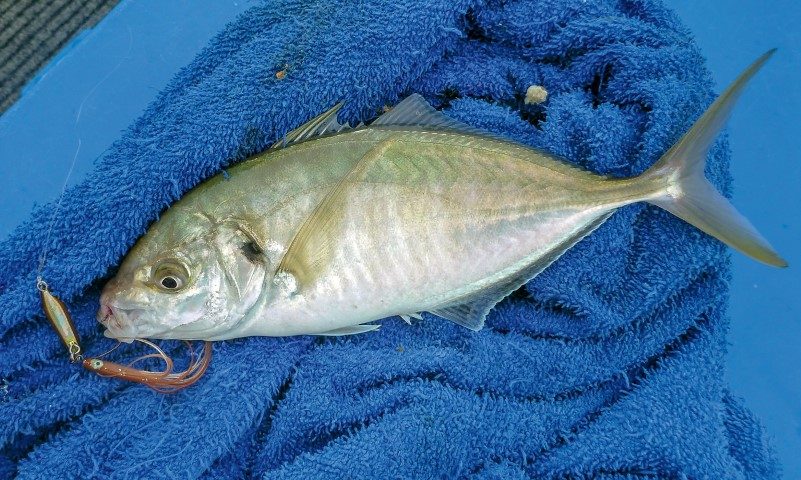 Nevertheless, where I found scattered bait, I also found good numbers of snapper. I also found a few of the ‘horse’ kahawai that had been rounding up the bait for months – the only bustup of the day happened right next to the boat when kahawai briefly boiled on the surface before disappearing again. I caught a couple one after the other by casting around the general area, but they never showed at the surface again and there were no terns anywhere.

Close by I found good snapper signs showing on the sounder, spread out over a wide area. In among the snapper I was catching regularly, I was surprised to boat a couple of good-sized trevallies, one on a soft plastic and the other on a micro-jig. Trevally will become a more frequent catch as winter sets in, and since it is my favourite eating fish, I always look forward to bagging a few. On this occasion I kept one for a fish curry and let the other one go.

Trevally are not as abundant as they once were. They’re certainly not about in the numbers I remember from the late 1970s-early 1980s, either inshore or out around offshore islands where you used to see massive shoals of them feeding on the surface. And where surface feeding trevally can still be found, the schools are much smaller.

Like so many of our inshore fish populations, trevally has suffered from over-fishing. For many years surface schools were targeted by commercial purse-seiners and trevally continue to be caught in bottom trawls. Commercial pressure has eased somewhat, largely because stock levels dropped below where it was economic to fish, but as a relatively slow-growing and long-lived species, trevally numbers have been slow to recover. To catch large fish today is rare, except in a few relatively remote and unfished areas.

That said, I have noticed the size of the trevally I’m catching in the Hauraki Gulf is trending upwards. The fish I got the other day are good examples. At around 1.5kg each, they were hardly monsters, but trevally of that size and larger are no longer uncommon. Go back a few years and most of the trevally I caught barely weighed a kilo. 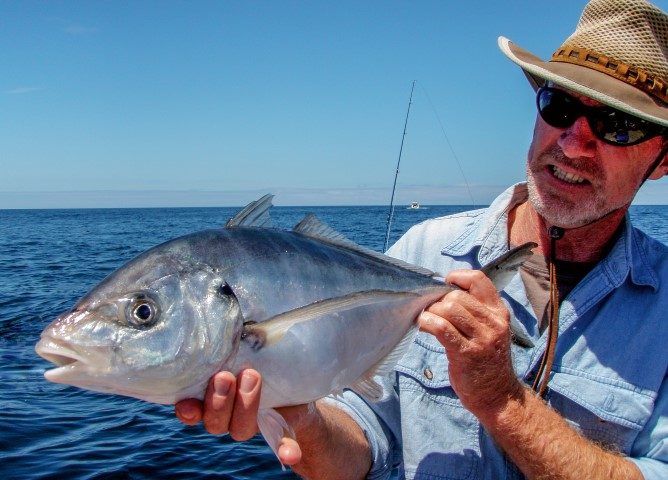 There seems to be more of them too, which augurs well for this winter, when trevally should feature more regularly in my catches. Summer or winter, trevally are enthusiastic lure takers, especially the larger examples. They like soft plastics, with my best success coming to smaller four-inch baits. Small jigs work well too, but kabura-style sliders rarely catch trevally.

Most of the trevally I catch are caught by accident while fishing for snapper, but you can always tell when you’ve hooked one by the way it fights. A fast tail beat transmitting up the line is a dead giveaway.

Trevally are tough customers for their size – stronger than snapper and on par with kahawai, though less spectacular fighters. Resistance is always dogged with the fish boring deep and swimming in tight circles. Really big trevallies are a handful on any tackle, but especially lightweight soft bait gear. In New Zealand I’ve caught them to over 6kg and seen much bigger fish, but I once caught a 15kg example at Norfolk Island.

There is some debate whether the ‘silver trevally’ of Norfolk and Lord Howe Islands is the same species as the silver trevally of New Zealand and southern Australia, but they look identical and fight just as hard. A 15kg silver trevally pulls like a train so I was very lucky to boat it.

OPTIONS FOR THE COOLER MONTHS

Winter snapper fishing over foul ground, around offshore islands and along the rocky coastline of the mainland can be very good in winter, with always the chance of a really big fish or two. I catch most of my big snapper in winter, usually by casting soft plastics into the ‘wash’ or prospecting areas of foul bottom.

If it’s trevally you want, they can be targeted too. Trevally enter harbours in the cooler months, as well as frequenting inshore reefs. As already noted, they take lures readily enough, but you can also fish for them around structure using bait.

We used to fish for trevally inside the Waitemata Harbour by anchoring close to wharves, jetties, bridges, breakwaters and reefs, drifting unweighted baits down a berley trail towards the structure. The pole breakwater at Okahu Bay and the old Compass Dolphin, long since collapsed into the bay, were favourite trevally spots. Small pieces of pilchard worked okay, but shellfish baits were better. 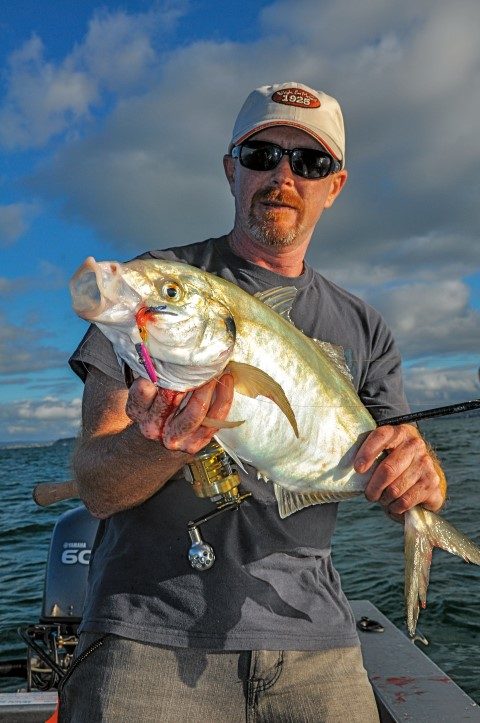 To consistently get bites, light line was essential, along with small-ish hooks and little or no weight. The idea is to drift the baits back as naturally as possible, since trevally can be finicky biters. A bit like kingfish, trevally often orientate around structure and if you catch one, it’s likely there’s more around.

Extracting them from structure can be quite a challenge because trevally fight dirty! But heavy tackle is not the answer: it’s harder to get bites using heavy line and trevally have soft mouths, so too much pressure simply pulls the hooks. Light trace and a supple rod, combined with a measure of skill and some luck, is the right formula for success.

So while inclement weather may hold you back this winter, a lack of fishing opportunities should not.

The Appeal of Motor Yacht with the Advantages of a Catamaran