The London-born Freyberg boys grew up in the hills of Wellington as thorough Kiwi lads, dare-devils with imposing physical stature and skills. Story by Harold Kidd.

In my last article I left them in December 1899. Oscar was 18 and had recently bought the competitive yacht Mapu. Paul was 15 and Cuthbert 13, both becoming useful crewmembers, while Claude was 12 and Bernard was just 10. The next 10 years saw enormous changes to their lives.

Mapu was something of a freak. She was designed in Auckland by accountant John Waymouth, one of the few students of yacht design in New Zealand from the 1860s. Waymouth had two sons who became prominent in yachting. John Jr was a boatbuilder in Auckland while the younger son, Oliver, known as ‘Noll’, was a skilled helmsman. 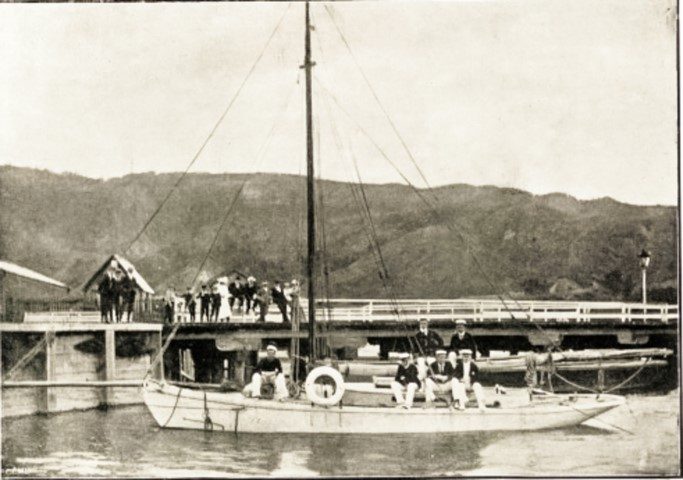 John Jr originally built Mapu in October 1883 as the 33ft, 6-ton centreboard fishing smack Seagull for fisherman William Knox with a ‘whaleboat bow’ which looked for all the world like a pretty ‘spoon’ bow of the 1900s. She proved unusually fast.

In 1888 the Waymouth family bought her back and converted her to a yacht in an effort to lower the flag of the 28ft 6in, 4¾ ton centreboarder Robert Logan flyer Jessie Logan, which had been the Second Class crack since she was launched in January 1880.

The Waymouths renamed her Mapu and modified her extensively with a fin keel carrying two tons of lead and ‘yacht’ rigging and sails. In an Auckland Yacht Club race in early January 1889 the revamped Mapu became the first yacht to beat Walter Jones’ Jessie Logan, and it was clear that the bigger and now more powerful Mapu could really challenge Jones’ yacht under the current racing rules which had been extended to include 6 tonners. Jessie Logan won the Second Class race in the 1889 Auckland Anniversary Regatta, but Mapu had a bad start. Jones sold Jessie Logan to Wellington later in the year.

In a gale, with a top Auckland crew, she won handsomely. Before she could be shipped back to Auckland for the Anniversary Regatta, she was snapped up by the McLean brothers. Mapu stayed with the McLeans in Wellington until Oscar Freyberg bought her in October 1899.

Oscar refitted her for a cruise to the Sounds over that Christmas but a bad tin of meat gave the crew ptomaine poisoning which made it a wretched holiday. The Freybergs did not race Mapu with much success, coming second to the oldtimer Jennie Reid in the 1901 Regatta. Oscar sold her to C.J. Deck of Nelson that winter. Deck sold her when he bought the Logan Bros 30-footer Corinna in 1904. She finished up as a launch in Collingwood.

The brothers’ next keel yacht was another Aucklander with form, Viking II. Robert Logan Sr built her as the early 5 rater Moana for the Wilson brothers of the New Zealand Herald in December 1890, one of the first batch of ‘raters’ produced in Auckland.

A pretty craft, she was quickly out of date despite being handled by Walter Jones of Jessie Logan. In December 1893 J.F. Maxwell shipped her to Wellington, renaming her Waiwetu, while the Wilsons commissioned their new crack Moana from Logan Bros. By the time the Freybergs bought her in 1905 she had been renamed once again as Viking (II).

They showed no interest in round-the-buoys racing but fitted an auxiliary engine and crossed the Strait 16 times until they sold her to Charles Headland in early 1908 although Oscar sailed her for her new owner frequently. Viking survives today in Nelson, extensively modified.

The Freybergs did their racing in the 14-footer Moana (known as Bluie). In December 1907 they sailed her in a Port Nicholson Yacht Club 3rd Class race. The Dominion put it this way: “O. Freyberg had charge of the Moana and carried full sail, being enabled to do this mainly owing to the fact that there was about 24 feet of Freyberg hanging out to windward.” 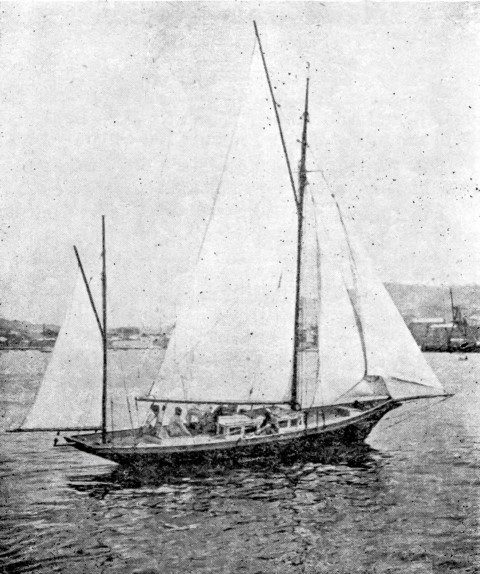 The last yacht the brothers bought together was Siren, a keel yacht designed and built by Wellington drawing master Norman Anderson in late 1894 for himself, a 42-footer with a concrete and iron keel. She gained a good racing record in her latter years but she was in pretty poor trim when Oscar & Co bought her in 1913. After some tweaking they got a summer cruise out of her before they sold her at auction in the Boat Harbour in mid-1914. War was in the air.

All four boys were always in demand as crew on other yachts. Oscar was a respected skipper; he was, for example, recruited to handle the 1887 Robert Logan 50-footer Matangi when she was sold to Wellington owners in late 1912 and raced to Port Underwood. But, possibly more important for Oscar and Bernard, his youngest brother, was competitive swimming.

In 1914 Bernard was 23, a qualified dentist but he had been winning swimming trophies since being at Wellington College in 1903. In November 1905, having lowered the national record for the 440 yards by 27 seconds, he was selected to represent New Zealand at the Australasian Championships in Brisbane. Oscar, also swimming with the Swifts Club, was a useful competitor. 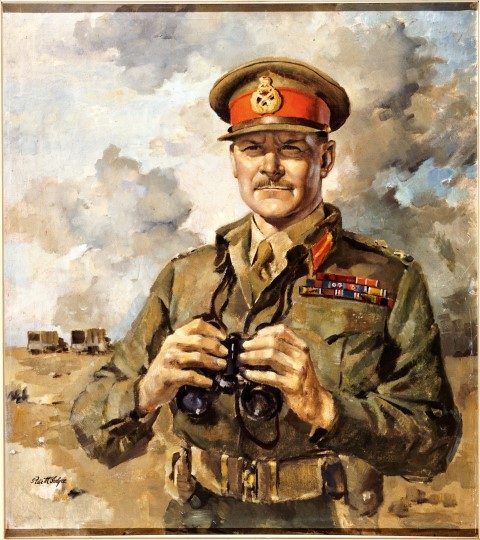 He covered himself with glory during the War, skilfully commanded segments of the British Army in retreat from Ostend, swimming ashore on the Gallipoli Peninsula the night before the Allied invasion, towing a raft with combustibles and then setting decoy fires on the wrong beach. Generally, he was the archetypal Boy’s Own Paper hero.

His subsequent career was marked by a huge number of wounds but a meteoric rise in the British Army, the command of the NZEF in WWII and the Governor-Generalship of New Zealand 1946-52.

Oscar was originally a law clerk, but as ‘Mapu’ in the technical magazine Progress, he was a journalist when war broke out. He left for England in October 1914. Through Bernard’s influence he was also accepted into the Royal Naval Division. Put in charge of a section of trawlers mine-sweeping in the North Sea, he was blown up three times, awarded the DSO and transferred to Gallipoli.

Before he left England he spoke to the editor of Yachting Monthly, persuading him of the need for fast attack motor patrol boats on the style of the Marlborough Sounds whale-chasers.

This proposal was passed on to Churchill at the Admiralty but, during wartime, Oscar was attributed with the inspiration for the 75ft Elco American-and-Canadian-built MLs. I believe he should also have been credited with the ‘hush-hush’ aero-engined hydroplanes – developed by Thornycroft, innocuously named ‘Coastal Motor Boats’ and virtually secret until 1919. Oscar died at Gallipoli in June 1915 in a bayonet charge against Turk machine-guns. It had been a short but action-packed war.

Paul Freyberg was a law clerk and journalist. As ‘Boat ‘Arbour Bill’ he wrote some first-class historical material for Wilkie Wilkinson, the editor of the New Zealand Yachtsman magazine in the early part of the war, when current yachting happenings had dried up. He joined the N.Z. Rifle Brigade in 1916 and died of wounds at Ypres on 18th June 1917 just before the Battle of Passchendaele. His death is rather poignant for me as my father was wounded in the same ‘show’. 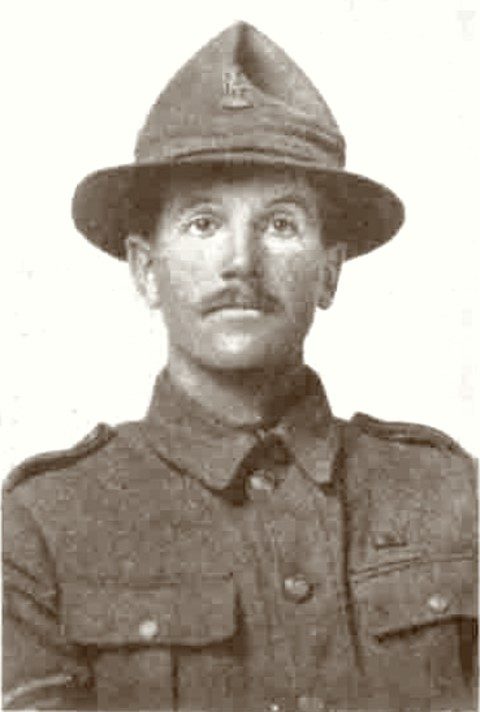 Claude Freyberg, a solicitor, stayed in Wellington as the only support for his widowed mother. Cuthbert, a civil servant with the Public Trust Office, went to England and joined the Motor Boat Patrol in the RNVR but transferred to fly with the Royal Naval Air Service.

A fantastic group of men!