An Auckland-to-Tauranga yacht race is among the activities being planned to celebrate this year’s centenary of the Tauranga Yacht and Power Boat Club.Words by Lawrence Schäffler, photography supplied.

The race – comprising two fleets – will cap off six months of celebrations being organised to mark the Club’s 100-year milestone. These begin this September with the traditional opening of the sailing season and start of the Summer series, and end with the race and a closing ceremony – scheduled for Easter next year.

Organisers say it’s a fitting programme for a club that grew from a modest birth: it all began in October 1920 with a casual meeting of yachties in a Tauranga barber shop. The newly-appointed committee established the Tauranga Yacht and Power Boat Club (TYPBC) and regular racing began. 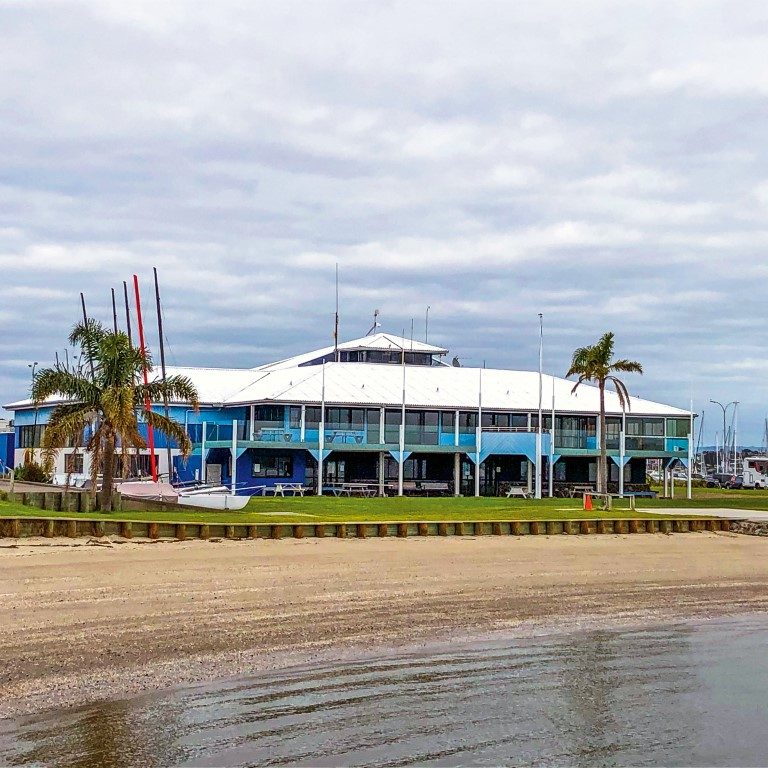 A building-fund financed the new clubrooms in 1933, next to the railway bridge (today the Harbourside Restaurant). Half a century later the club had to start all over, forced to move by the proposed Harbour Bridge which would restrict yacht mast access. In 1983, after a herculean fund-raising drive by members (and voluntary labour), new clubhouse facilities took shape at Sulphur Point.

Fun is the emphasis of the celebratory Easter 2021 activities. These include a visit to the old yacht club building (by launch or car) and a sail past of the new Clubrooms by classic yachts and launches (in order of vintage). Participants are encouraged to dress their vessels with appropriate bunting.

A 1920s-themed ball is part of the celebrations.

Held over the Easter long weekend, the Centenary (A2T) yacht race will be run in two fleets, starting at Westhaven and finishing at A Beacon off Tauranga Harbour entrance. Fleet 2 (modern yachts) starts at 0900 on Saturday 27th March. The race record is held by the maxi Zana (9hrs 35mins 01 secs) set in 2005. The multihull record (9.55.23) is held by Sundreamer. Fleet 1 is for classic yachts and launches (accompanied by a modern launch escort) over two days. The fleet starts at 0900 on Friday 26th March and overnights on anchor at Mercury Cove. The race restarts the next morning at 0900 off the Cove and finishes at A Beacon.

Restored vintage boats reflect the Club’s sailing legacy – they are all welcome to participate. Among the entries confirmed for the event is Ranger – owned by Ian Cook of Yachting Developments. Built in 1938, Ranger dominated A Class yacht racing from 1938 to the late 1960s and took line honours in the 1939 A2T race (third on handicap).

Other events include Women on Water (every second Thursday) and social racing on Fridays. Outside Coastal, Shorthanded and Centreboard weekend racing are also well-supported. For the Winter Series, the keelers and multihulls alternate every second Sunday afternoon with the centreboard fleet. 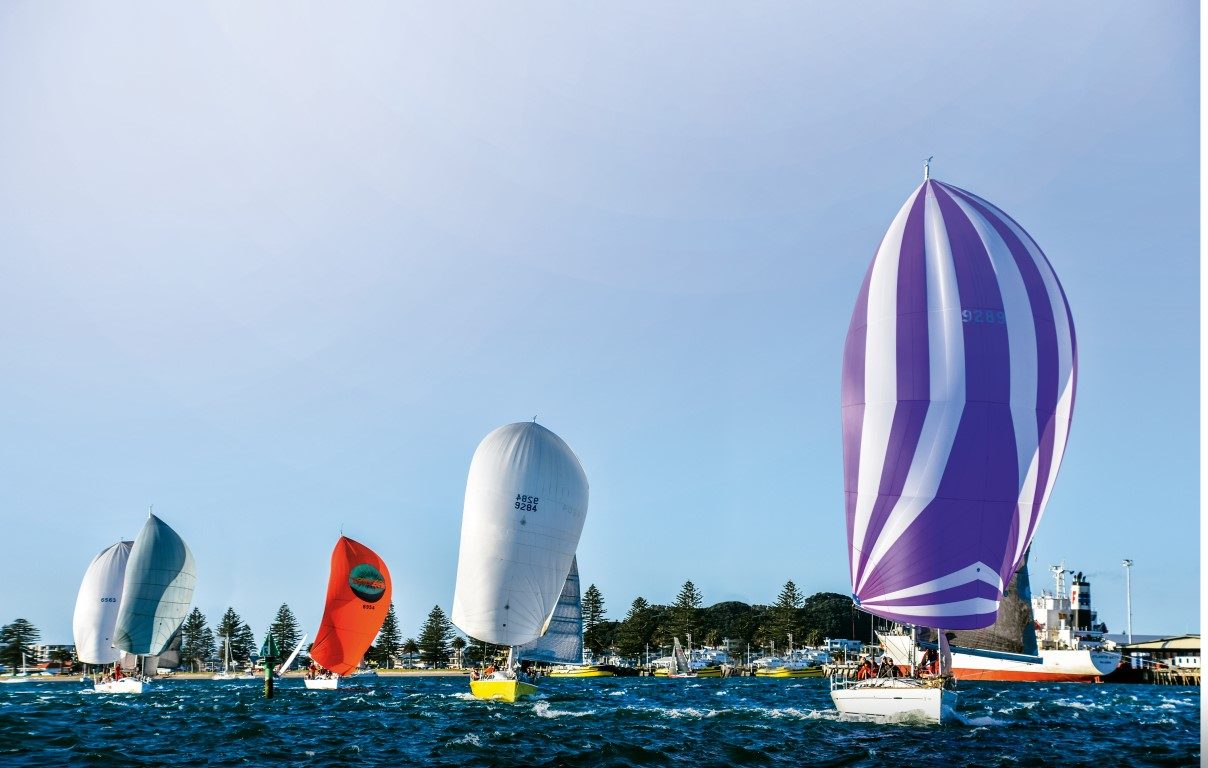 The club’s multihull division includes one of the southern hemisphere’s largest Tornado fleets. This sees competitive onedesign fleet racing on Wednesday nights and exciting coastal racing on the weekends.

A season highlight is the Matakana Classic – a weekend of racing around Matakana Island with camping at Athenree. The club’s growing Paper Tiger fleet provides a different pathway for junior sailors as they leave the P class and Starlings. It’s also an exciting alternative for adult sailors.

Whangarei’s Harry Highet designed and launched the P Class in 1924 and when he moved to Tauranga he donated its plans to the TYPBC. Numerous innovations have advanced the class ever since.

Originally built in ¼” (mainly) kauri planks with cotton sails on a gunter rig, the hulls were upgraded to plywood in the 50s with a Bermudan-rigged wooden mast. Fibreglass hulls became optional (as did aluminium masts and booms) in the late 70s – and then carbon masts in the 1990s and, more recently, foils. Some of the plywood boats built in the 1970s are still being sailed today. 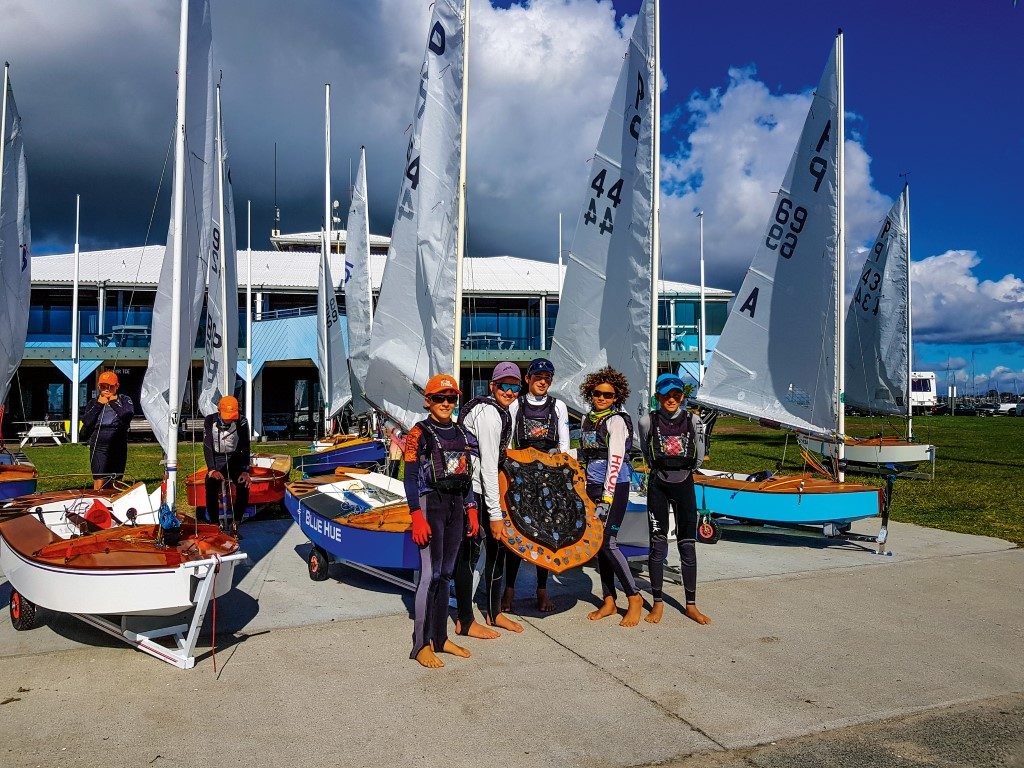 Many of NZ’s top sailors have cut their teeth on the little P Class.

The P Class centenary will be sailed with the Tanner and Tauranga Cups in January 2024.