A brief look at the short end of ocean cruising, by Lindsay Wright.

There’s a certain appeal to a boat design called SCAMP. According to the Oxford dictionary, it means ‘rascal’ or ‘rogue’ and the verb form is even better. To scamper is to ‘run’ and ‘skip.’

Perfect for a 3.64m pram-bowed cruising yacht like the one being readied for launching from Steve Grimwood’s shed in Inglewood, Taranaki. 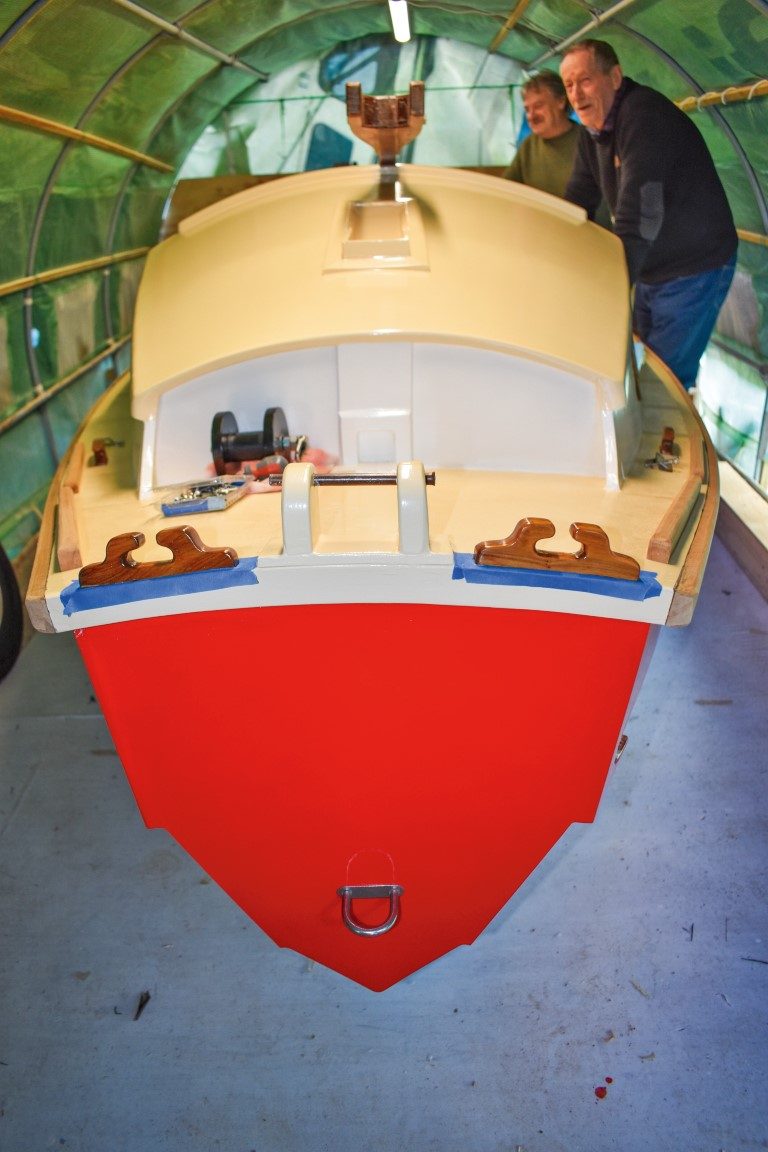 SCAMP is an acronym of the American Small Craft Advisor Magazine, a periodical published in Washington State, USA, with Project tacked on. Publishers Craig Wagner and Josh Colvin had sailed over 70 boats for the magazine and wanted a boat that was easy to build and shallow enough to go gunkholing in their Columbia River. But also capable of handling the challenging conditions produced by the river, wind and tidal conditions.

So they contacted Kiwi designer John Welsford, who drew a design to suit their requirements. “SCAMP is number 6 in a series of very beamy shallow-bodied designs with a distinctive high-positioned pram bow,” says John. “They all work really well, can carry huge loads for their size, are well-balanced and sail well. I’ve learned something from every one of them.”

The SCAMP plans were sent to the US in 2010 and by October that year the first SCAMP was up and sailing. By 2011 SCAMPS were sprouting all over the world. Over 340 sets of plans have been sold and about 60 boats launched.

Among those is Inglewood boatbuilder, Steve Grimwood, an English immigrant to New Zealand who had worked on superyacht joinery at Fitzroy Yachts. After Fitzroy’s demise Steve worked for six years building a 12.5m Peterson Coaster schooner with owner Bob Millen. But his after-hours project was a SCAMP, Cloud Nine, immaculately assembled in a purpose-built shed beside his house.

“I wanted a boat to get out and explore the Taranaki coastline,” he says. He means a few hundred miles of rocky reefbound shoreline and stormy Tasman weather, where sheltered anchorages are rare and only one or two bar-blockaded river mouths offer any chance of shelter outside Port Taranaki. 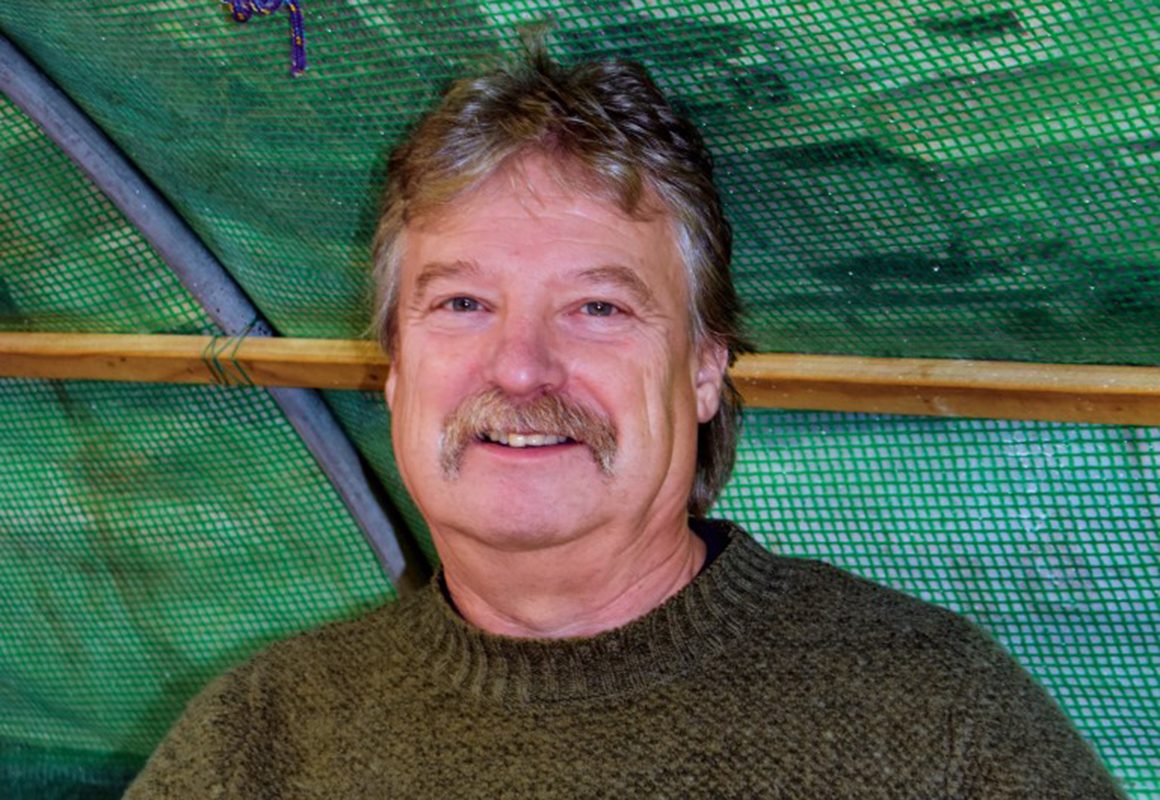 After three years of part-time work, Cloud Nine took to the water but a local chap had taken a shine to the doughty little cruiser and made Steve an offer he couldn’t refuse shortly after her launching.

“So I started another one for myself. The first thing was to order eight sheets of meranti marine plywood. The bottom is 12mm, the planking 9mm and decks and cabin 6mm. The beauty of them is that you build the boats upright on their flat bottom.

“It forms the furniture and structural members – there are no temporary frames or moulds. The overlaps in the glued lapstrake hull give longitudinal strength – and make them stiff and safe. 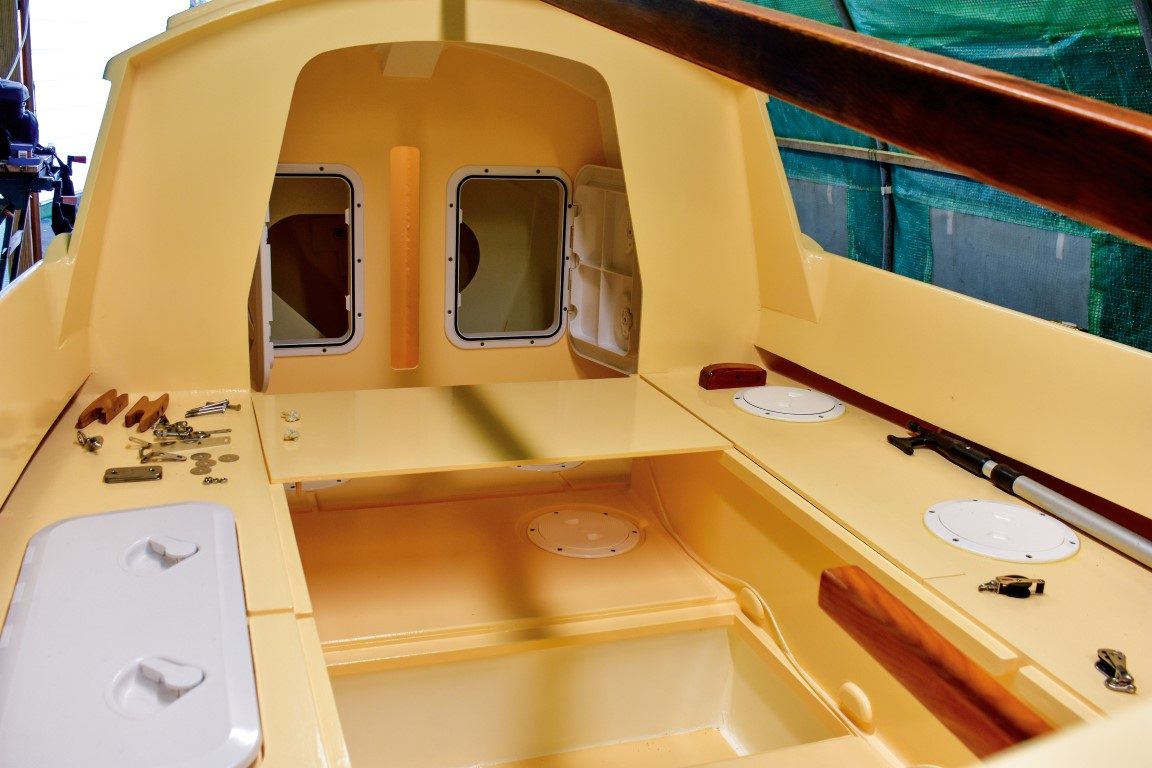 And the pram bow means that you don’t have to bend the planks and that allows the boat to have more beam.” The design, with perky sheerline and generous ends, has a beam of 1.63m.

The boats have a centreboard case offset to starboard under the cockpit seats which gives her a draft of 180mm with the board up and 765mm with it down. Sleeping in the cockpit, under a boom tent, there is one 1.9m berth and another 2.5m long. 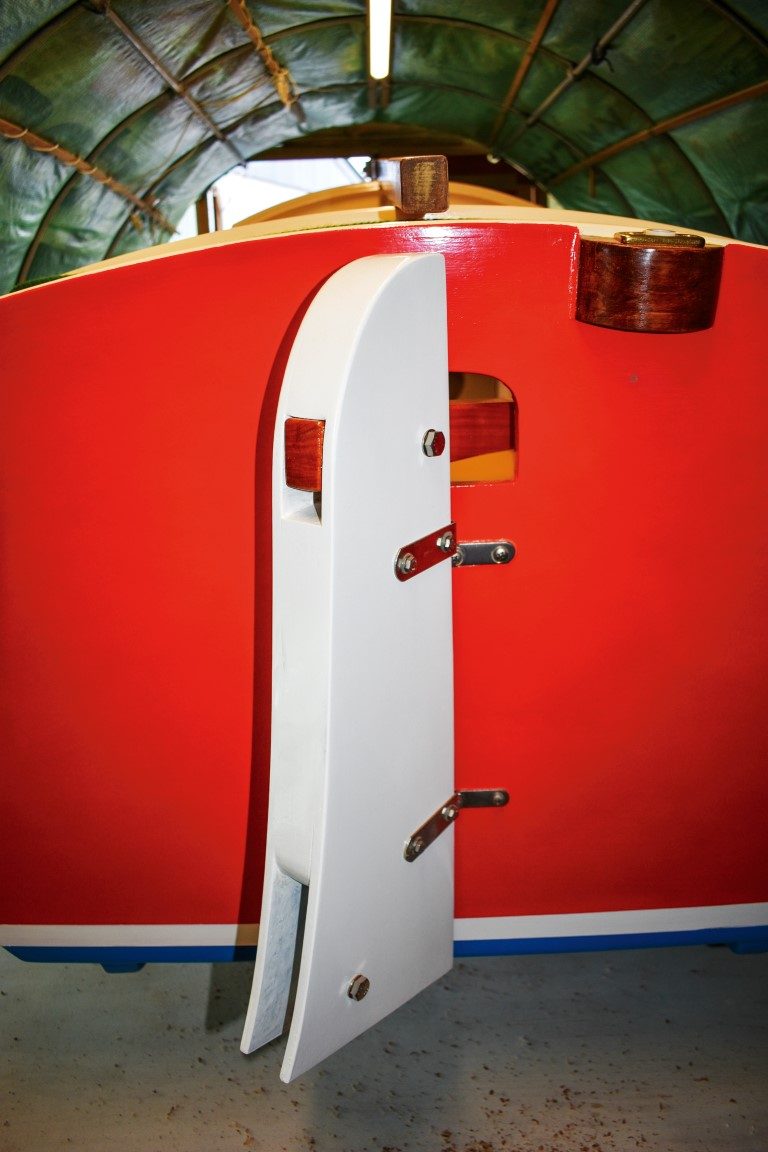 Steve’s called the new boat Red Dwarf and says he may vary the balanced lug rig on the plans with a gaff and topsail for a more traditional look. “The balanced lug is 9.3m2, so it’ll be interesting to see how it goes. That’s another beauty of a small boat – you can experiment without it costing a fortune.”

Five separate buoyancy tanks – one forward under the cuddy, two aft and two under the cockpit seats – make for a very stiff little boat and 77kg of water ballast can be added under the cockpit sole by undoing a bung in the bottom and topping the tank off by hand. With 78kg internal ballast added, she has a ballast:displacement ratio of about 40%.

Two small keels or runners are fitted to Red Dwarf’s flat bottom for beaching. “I just epoxied terylene webbing to them for abrasion,” says Steve. All up the hull weighs about 190kg.

Prospective owners can attend ‘SCAMP camps’ where they assemble their own kits in two weeks, overseen by boatbuilders and sometimes by John Welsford, and leave with hull and decks, ready for fitout.

“You just need basic carpentry tools – nothing flash,” Steve says. “I took two years to build Red Dwarf in my spare time, just mucking around in the evenings. Materials cost me about $5,500.” 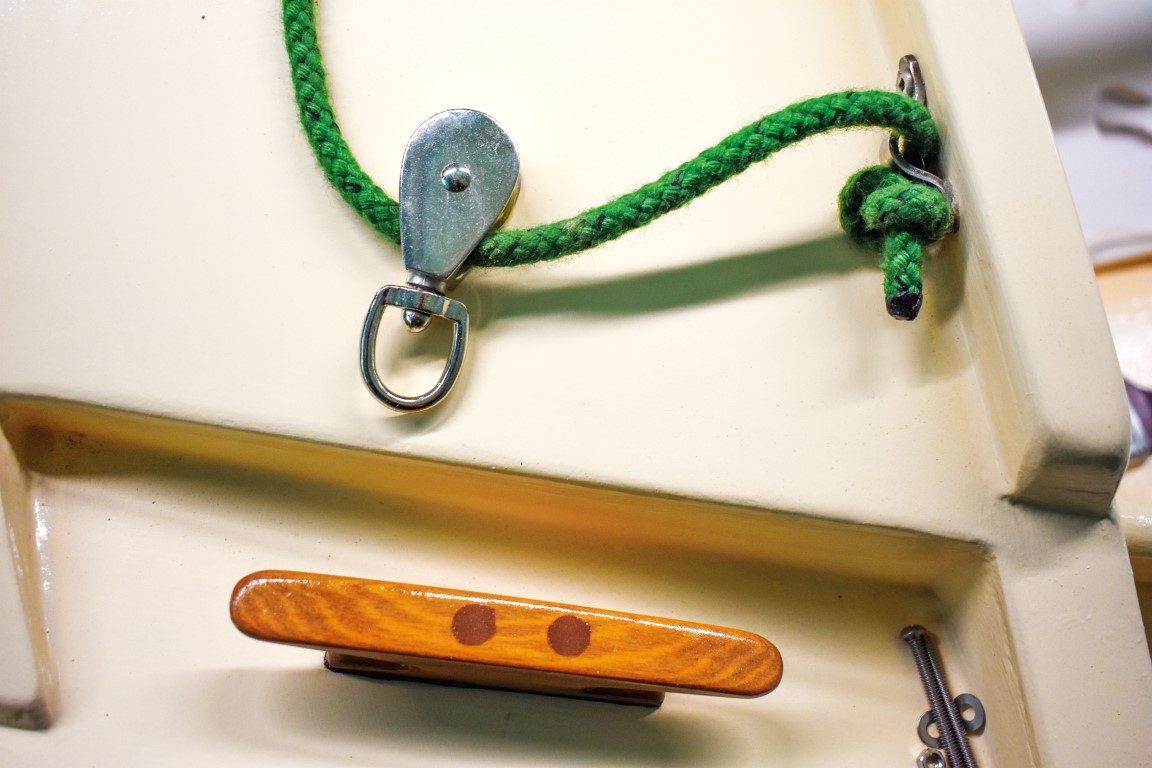 The little pocket cruising boats have already seen use well beyond their design brief – one has sailed the 750nm Port Townsend-to-Alaska race, another did the 300nm Everglades Challenge in Florida and, at time of writing, one is being strengthened for an attempt to be the smallest boat to round Cape Horn.

“Most decent four-cylinder cars can tow a SCAMP – that broadens your cruising potential a bit,” says Steve. The boats can be rowed and sculled, or have a bracket fitted for a small outboard.

According to John Welsford, SCAMP is all about “minimalism, efficiency and ease of use” or the maximum of fun, building and sailing, for minimal financial input.