New Zealanders are obsessed with the weather – a side effect of living on a narrow group of islands in the middle of a wild ocean. And boaties, of course, are more obsessed than the general population. Even when not planning a race, cruise or fishing trip, they like to keep a weather eye.

Former dinghy champion Jon Bilger is no different – except he’s turned that obsession into a vocation. Bilger, who won the Tanner-Tauranga Cup P Class double two years running (‘84 and ‘85) and represented New Zealand in the 470 at the 1992 Barcelona Olympics, turned weatherman for the 2003 America’s Cup. Despite having a background in engineering and yacht racing rather than meteorology, Bilger spent a decade running the weather team for the Alinghi syndicate. 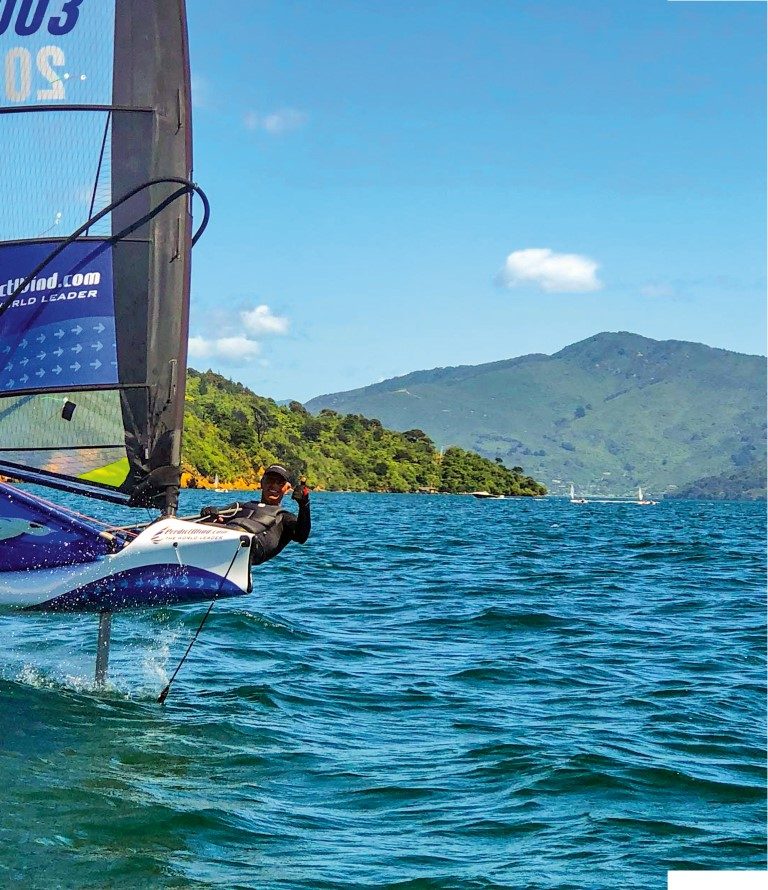 “Alinghi took a bit of a punt on me initially,” Bilger says. “I think they thought ‘he’s an engineer and a good sailor, he’ll figure it out’. I went from basically not knowing a lot to having to be an expert in it and hiring the expertise to make me look good.”

He found that initial campaign challenging, because with so many top sailors on the Alinghi team, “everyone was an expert on the weather. They were a bit suspicious of the technology back then, but after six months they started to trust the model more than their own judgement.”

After the Valencia campaign, Bilger decided to share the love and make what he’d learned more widely available, so it could benefit the average boatie, sailor or fisherman, rather than just the elite. After obtaining the licence for the weather-modelling technology used by Alinghi – and marrying it with topographical information to allow specific local forecasting – PredictWind was launched in 2008. The service now offers high-resolution forecasting for more than 350 boating hotspots around the world. 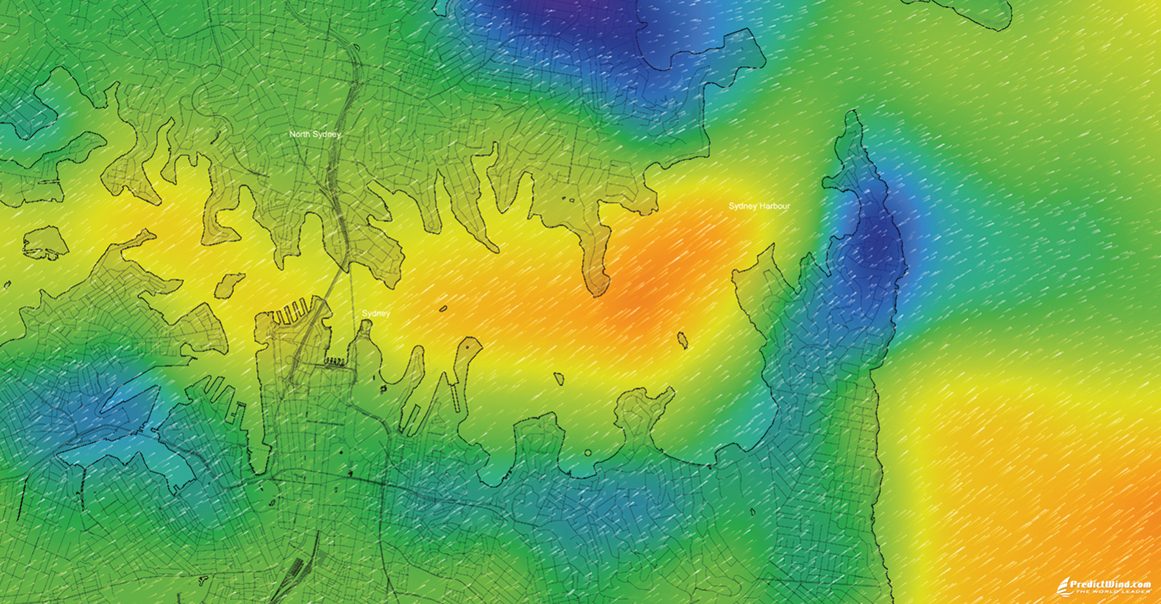 One of the early guinea-pigs was Bilger’s father Jock, himself an Olympian (Munich 1972, Montreal 1976, and selected for the boycotted 1980 Moscow games) and champion masters- level sailor.

“Dad was doing the New Zealand Masters Games in Whanganui and had to choose between sailing the Laser with a full rig or a radial, so there was lot of pressure on me to get [the forecast] right. The story goes that we picked the first shift on the beat,” Bilger laughs. “I don’t know about that, but the model picked that the winds would be lighter than what Metservice was predicting. He went for the full rig and won the regatta – I was very relieved.”

One of the notable things about PredictWind is that a lot of it is free – despite the huge amount of information it provides, from a top-line daily briefing to graphs and tables based on four different models and detailed forecasts of wind, waves, rain etc. While the company’s bottom line is supported by paid subscribers, including professional sailing teams, international cruisers and others whose living depends on the weather, recreational mariners can dial up more than enough data completely gratis.

Summing up the weather at a glance is the daily briefing (a short written weather forecast referred to by Team New Zealand’s Ray Davies as “the Jon Bilger forecast”), including wind, weather conditions, temperature, tides and sea state for the next seven days. If you like your forecast to be visual, you can take your pick of wind and weather maps based on different models, or view the data in a table or graph. You can make it as technical or simple as you like, and there are plenty of pop-up tutorials and guides to help you get the most from it.

The table information provides forecasts based on four models: PredictWind’s own PWG weather model (it uses the American NCEP global initial conditions for the model run), and PWE, its model based on ECMWF (European Centre for Medium-Range Weather Forecasts) data. You can also look at the GFS (Global Forecast System; the free data set from NCEP used by most met websites around the world) and ECMWF models themselves. You can look for trends and outliers across the four and draw your own conclusions.

While there are now a number of popular free weather services online, Bilger would argue that PredictWind offers forecasts based on four different models, at higher resolutions – up to 8km resolution in the free version, a super-detailed 1km for a small fee – giving the most accurate possible picture of what our notoriously unreliable weather is going to do next. 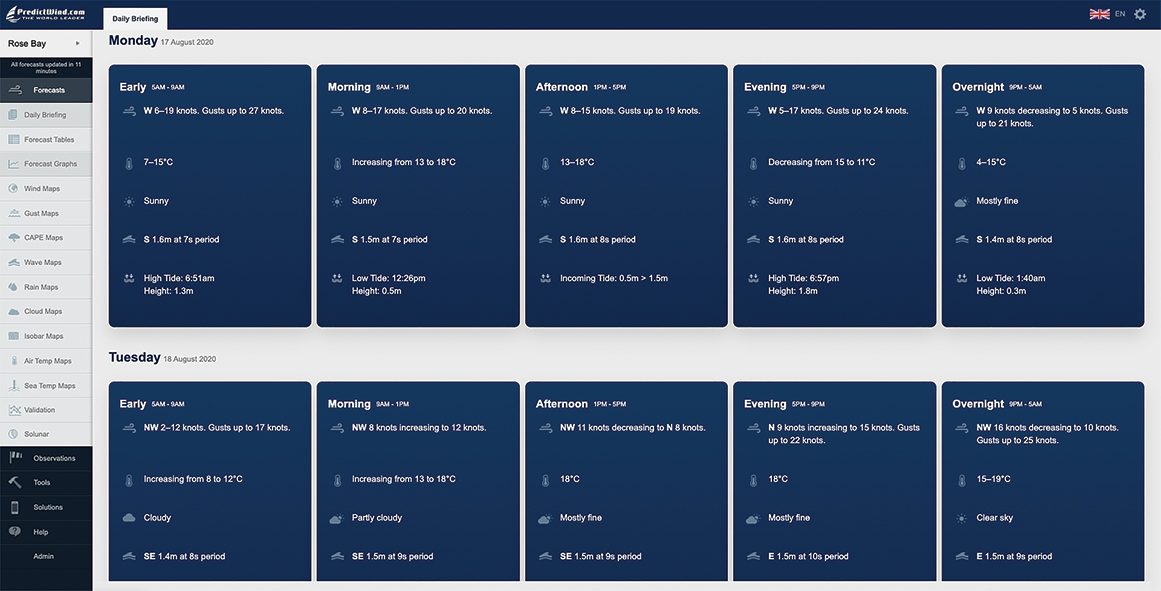 The team has grown to 25 staff (in New Zealand and France) and employs people who really know their weather and water sports. Working in the PredictWind team are well-known sailing names such as Nick Olson and Craig ‘Smiley’ Smith, and female ocean racers Keryn McMaster, Lisa McDonald and Marleen Cleyndert, and New Zealand’s top kite surfer Sam Bullock.

“It’s a really passionate group of people. We know what it’s like to be out there and know how important it is to have an accurate forecast,” Bilger says.

In recent months the team’s been installing a network of real-time weather-monitoring stations around the Hauraki Gulf (three are going in at Wellington, too). In readiness for the weather monitoring and forecasting needs of the 2021 America’s Cup, 12 stations have been installed in locations such as the Haystack near the Noises and Gannet Rock, as well as in the Rangitoto Channel and inner harbour – including one beside the Northwestern Motorway. It helps ascertain the movement of the sea breeze across the isthmus, which could prove critical for race management during the Cup event. 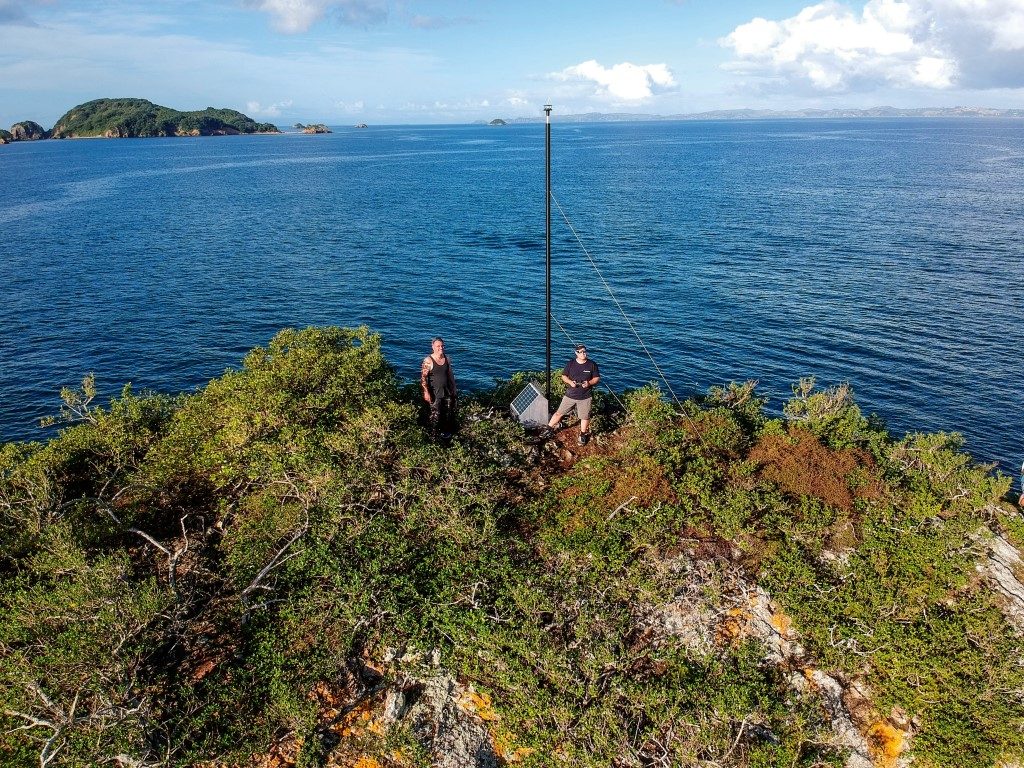 “These stations will update every minute, and users of the app or website will be able to track what’s been happening at the site over the past two days up to the last hour,” Bilger says. “So when you get a front coming through, you can ascertain its timing and compare that to the forecast to see what’s going to happen with a really high level of confidence.”

Another new feature recently introduced to PredictWind is the ability to add a location by dropping a pin based on your GPS location or scrolling the map, rather than searching for it by name. This means you can get an accurate forecast not just for home but for a specific fishing spot or anchorage that you intend to go to, which might be experiencing quite different weather conditions.

Also soon to be added is a crowd-sourced ‘local knowledge’ feature, through which users can share information on anchorages, marina facilities, weather and current tips, fishing spots, kite-surfing locations or other points of interest. Contributors can share it with all PredictWind users or within a private group.

Development is also going on at the ‘back end’, adding more data and weather models to the system to increase the accuracy of forecasts.

“We’re always on the lookout for better weather data, not just thinking that our model is always going to be the best,” Bilger says.

“We’ve been validating our data against observations and comparing the accuracy of our forecast data against existing models.”

Through this process they identified a multi-national company called Spire, which has the biggest nano-satellite network in the world. Using a process called radio occultation, its systems measure how the signals of GPS satellites move through the atmosphere, creating an image of the temperature, pressure and humidity of the atmosphere.

“Looking at their model, we were quite surprised to find that Spire data was actually more accurate for wind speed and direction than ECMWF,” Bilger says. “We have signed a contract with them and that data will be going into our system from mid-October, which is pretty exciting.”

But Bilger knows that all the high-tech features and space-age data in the world won’t keep customers coming back to PredictWind if it’s hard to use, slow to load or – heaven forbid – doesn’t look cool. Recent improvements have increased map-load speed and introduced what he thinks are some of the best-looking graphics in the met-app world.

“For the first three or four years we were just kind of establishing the brand and were pretty shaky on user interface, but now we know people don’t just want an accurate forecast – it’s got to be easy to use and look good,” he says.

“We’re still continually working on that – on making complex and accurate weather simple and accessible to everyone. It sounds easy but it’s quite a mission. Weather is very complex but we want to deliver it in an easy way that the average person can use and understand.”