Estral is an 81-year-old launch powered by a steam engine designed in 1906. A remarkable survivor, she’s testament to her owner’s enviable enthusiasm for life – retired Wellington marine engineer Bill Voisey. The engine was designed before he was born, but he’s older than the launch.

When a boat is repowered she tends to receive a more modern, gruntier engine in the quest for better speed and performance. So retrofitting a wheezing, 4hp steam engine to the 21-foot Estral is a little unusual.

But then there’s not much that’s ‘usual’ about her charismatic, octogenarian owner (he turns 87 this year). Bill built the engine (a kitset) quite a few years ago as a ‘retirement’ project – and then thought about fitting it to a boat. Of course, that meant finding a candidate of an appropriate vintage…

Estral was built by Miller & Tunnage at Careys Bay in Port Chalmers around 1940 – a kauri-plank carvel design. Her early provenance is a little unclear, but she was destined for multiple owners and multiple engine transplants.

It appears she was originally owned by a Dunedin gent who in 1947 sold her to a Mr Wilson of Greenhills. Disappointed that her 4hp single-cylinder Orion engine made heavy work of crossing the bar, Wilson soon on-sold her to Bluff’s Harry Jamieson. 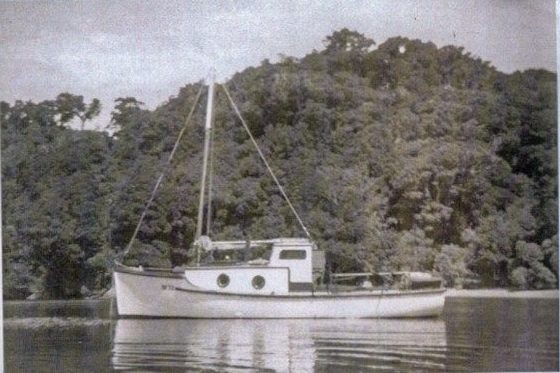 He replaced the overworked Orion with a four-cylinder Rugby, coupled to a three-speed Renault gearbox (complete with a hand-clutch). At the same time he fitted a wheelhouse, along with self-draining ports. Estral then carried a mast and steadying sail – used to good effect in heavy seas. The revamped vessel gave the Jamieson family lots of boating pleasure – including frequent trips to Stewart Island for deer-stalking.

In 1956 Estral enjoyed a further upgrade – a 10hp Petter two-cylinder diesel with a proper marine gearbox. Jamieson’s son Ewen inherited her, and though she was laid up for some time she was transported to Napier by ship in the 80s and used for family fishing trips. When Ewen died in 1988 his son Rick took charge of the boat, renaming her Kestral and shifted to Whitianga.

It was there that Bill Voisey found her in 1996 and decided she’d be perfect for his newly-completed steam engine. He transported her home to Wellington and reinstated the original name – Estral.

Born in the UK, Bill arrived New Zealand in 1959 after working his passage via Australia as a ship’s engineer. He spent some nine years on ships sailing between the UK and NZ, and though he never did a formal marine qualification, proved to be a naturally-gifted engineer and accumulated enormous experience.

Though the ships he worked on all had conventional engines, much of their auxiliary equipment (compressors, winches and pumps) was steam-powered. This experience would later prove valuable for his steam engine build. When he left the marine sector he launched a toolmaking business in Lower Hutt – WJ Voiseys Ltd – with two partners. It quickly became a highly-respected precision machining business.

They sold the company after 30 years, but retirement brought boredom. Building a steam engine – a twin-cylinder Stuart-Turner 6A compound model – would be a fun project to keep him occupied and make good use of his myriad skills. Especially since he owned a very well-equipped home workshop. 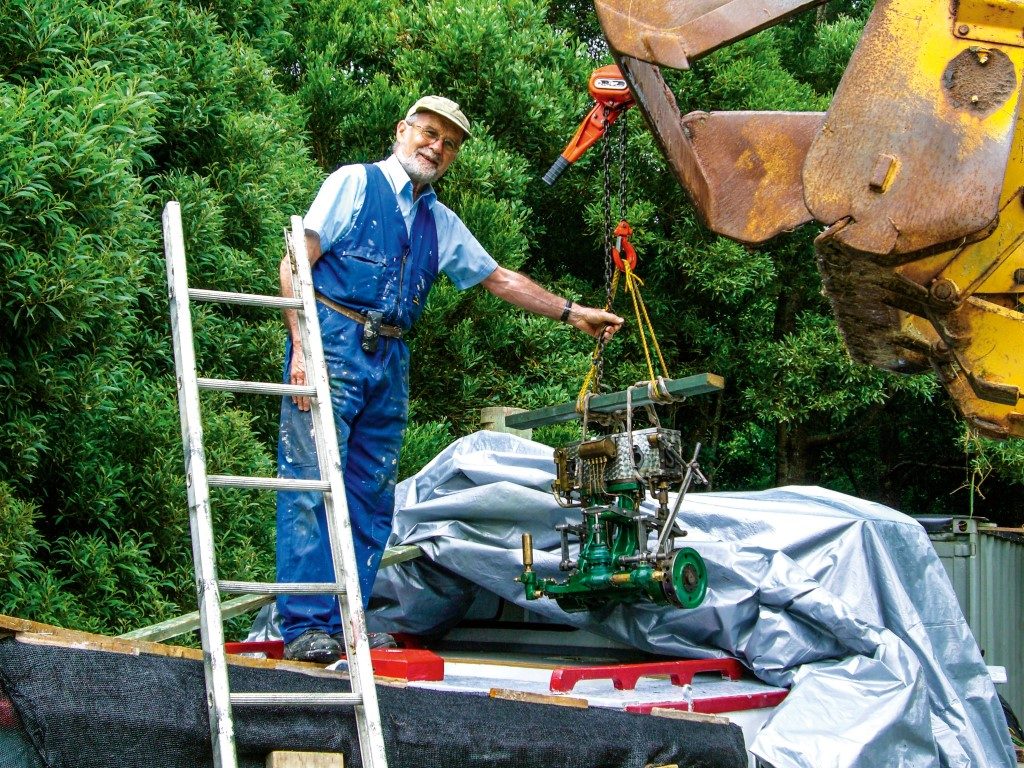 Though designed in 1906, the Stuart-Turner engines are still available as kitset projects for steam enthusiasts – Bill ordered one. The kit comprises rough castings of most of the components which have to be machined and cleaned up. But along with a few other missing bits, the kit didn’t include a crankshaft.

Undeterred, he sourced a piece of hardened steel (an axle from an old railway carriage) – “15 inches long and five inches in diameter” – which he quickly machined to size. Other components – such as the pistons (provided as cast blanks) – were also machined to size.

Stuart-Turner kits don’t come with boilers and finding one to generate the steam proved more problematic. The ever-enterprising Bill designed one based on a sketch he found for a late-1880 Stirling steam truck – adapting the design to fit the available space in Estral’s hull. “I found the sketch in the September 1988 Modeltec magazine. The headers at each end only have a 1.5” gap and the boiler’s water capacity is under 30 litres.”

Operating at high pressure, a boiler’s construction and its operation is understandably governed by strict guidelines – but allowances are extended to hobbyists operating within the confines of a club environment. “You are allowed to run a boiler – up to 50 litres of water – without a marine certificate if you’re part of a club,” says Bill.

“I cold-water tested mine to 600psi. Though it was checked by an inspector who ran it up to 400psi (static water test), in reality it only operates at 100psi. But he couldn’t give me a certificate because he hadn’t inspected the plates before it was welded.” The boiler is diesel-fired – “coal is too dirty.” 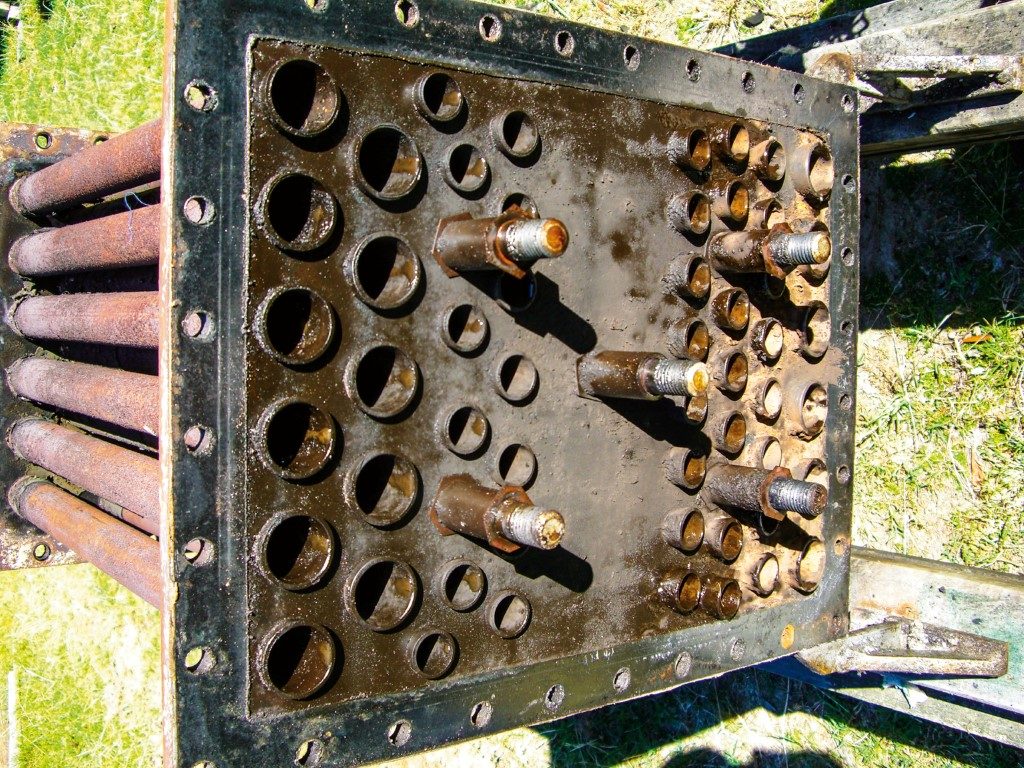 Before he could fit the engine and boiler Estral needed quite a bit of TLC. This included new ribs (alongside the broken and cracked originals), renewing the foredeck and well deck, replacing rotten planks, installing a false stem, adding a new rudder system and fantail. He also fitted a new prop shaft and bearings.

Would the rig work? To test it he excavated a channel in the paddock near his workshop, towed Estral into the impromptu drydock and filled it with water. Success. She was formally re-launched at Seaview Marina. Her engine’s happy at around 500rpm and drives Estral to a top speed of 6 knots. 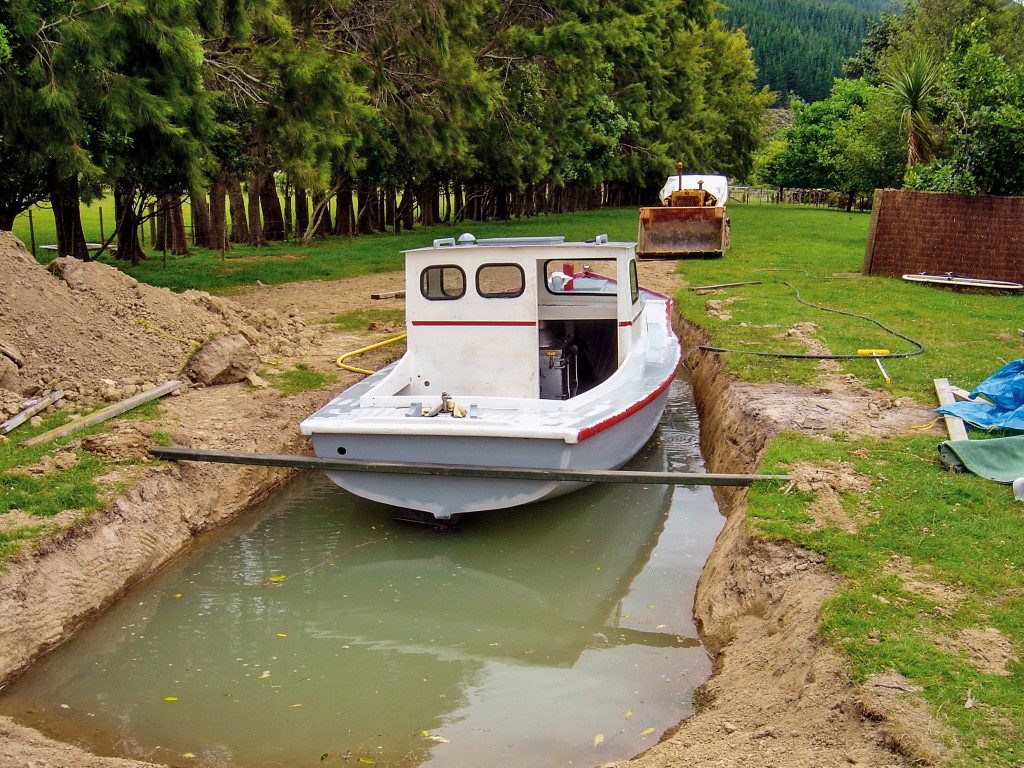 The vessel has two unusual features: her keel condenser and alternator (not an obvious accessory on a steam engine). The keel condenser recycles the steam into water and returns it to a hot well tank. The alternator is belt-driven off the prop shaft. It feeds a 12-volt battery which supplies power to run the burner, navigation lights, interior lights and the bilge pumps. 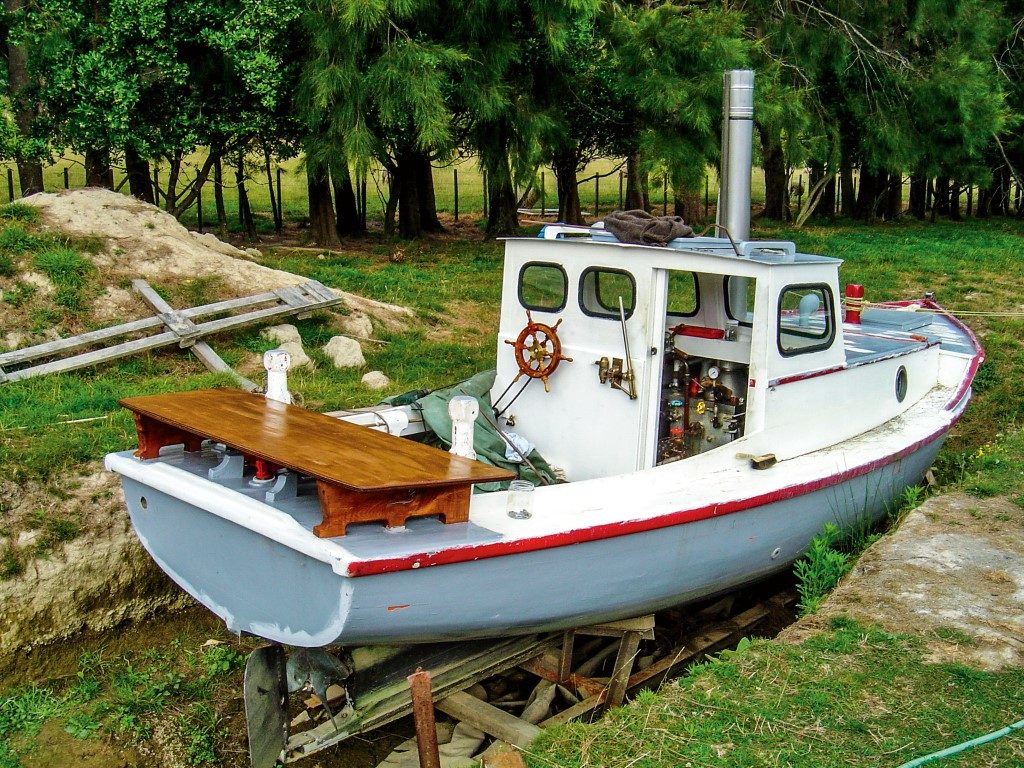 Between them, Estral and Bill represent a fascinating part of New Zealand’s maritime legacy – and have delivered an important time capsule from a simpler era. Well done Bill! 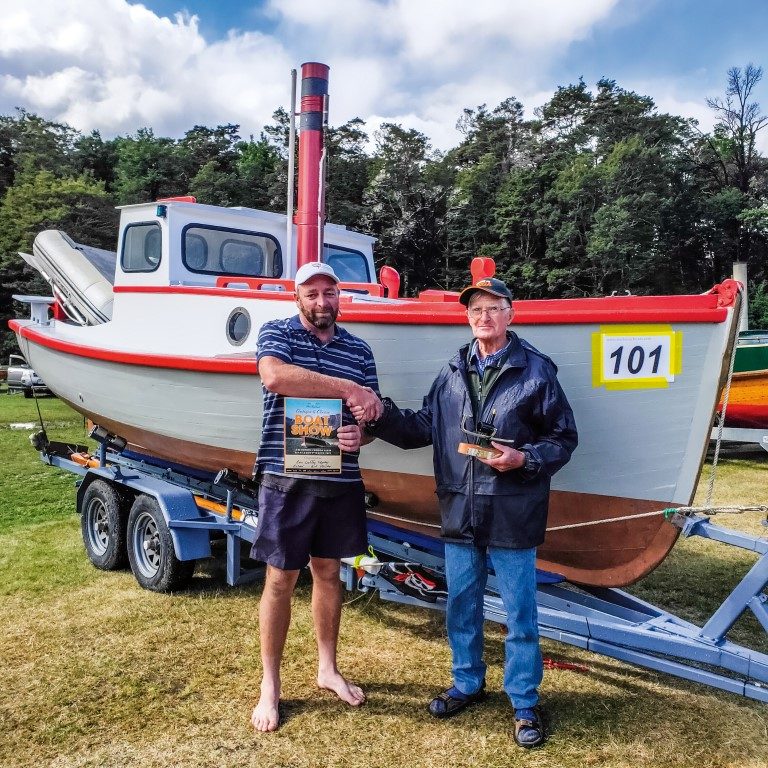 THOSE WERE THE DAYS