Once you’ve exhausted the swearing, it’s time to clear the head and think logically. With outboards, the number-one cause of a no-start is a dislodged kill switch. On some brands this results in the engine turning over but not starting, while on others it won’t even turn over.

While checking if this is the problem, move the gear lever back and forth and make sure it’s in neutral. For safety reasons most engines won’t start if they’re in gear.

If the engine turns over, but very sluggishly, the problem’s almost certainly related to battery power or getting that power to the starter motor. The cause might be a poor connection – and note this can occur at any time, even if the engine’s been running earlier in the day. 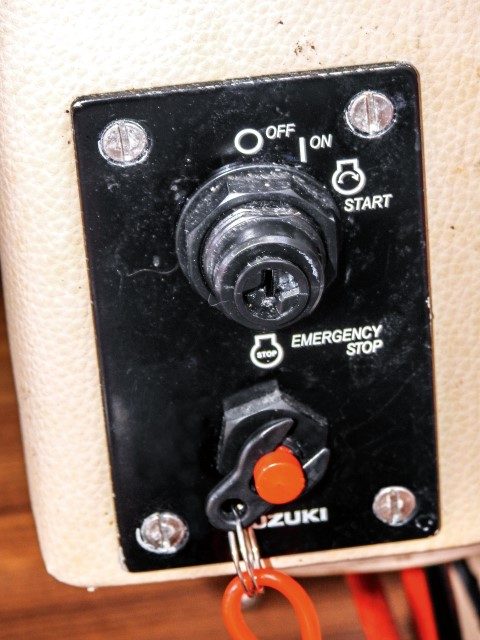 Diagnosis is easy. Find the start battery and try to wiggle the terminals. If they’re loose, tighten them. If not, it may still be worth loosening and removing them, cleaning the battery posts and the insides of the terminals, and re-fitting them. Tighten up and try starting again.

Still no joy? You may have a dead or dying battery. A volt meter is the easiest way to confirm this, and if you don’t have a separate volt meter on your dashboard, the engine instruments may include one. Or, keep a separate multimeter in your boat’s toolbox.

At rest the battery should show around 13-volts (a lead-acid battery has a residual voltage of 13.2-volts) and if it’s showing less than 12-volts you have a partially flat battery. Final confirmation occurs when you turn the key – a dead battery sees the voltage drop dramatically to almost zero.

Depending on how well prepared you are, this is where things get interesting. On a dual-battery boat, turning the battery switch to parallel mode should get enough juice from the house battery to turn over the engine. On a single-battery boat this isn’t an option…

With any luck you’ve had the foresight to purchase a jump-start pack, also known as a power bank. These are available from most marine chandlers, automotive stores and even the bigchain hardware stores. They’re definitely worth the investment.

When buying a unit, consider longevity. You may get away with a cheaper automotive unit if you have a storage location that’s absolutely dry. But on most runabouts it’s probably false economy to buy something that’s not marine-rated – the electronics will quickly corrode if exposed to salt water. Even with a marine-rated unit, store it in a watertight bag or container. 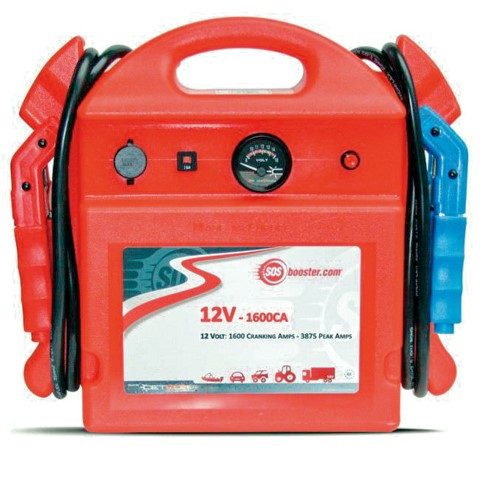 The second consideration is capacity. Jump start packs list their maximum output in amps. Most engine manufacturers don’t specify their engines’ exact starting current, so you need to work it out from the wattage of the starter motor. A typical 80 100hp outboard has an 800-watt starter, which at 12-volts draws 67 amps. But during the initial phase of starting the voltage could drop as low as 6 or 7 volts, which doubles the current.

So a small-to-medium outboard will be adequately served with a jump pack that has a 200-amp peak capacity, while a V6 or V8 engine like the Yamaha F350 might need more than 500 amps.

It’s a good idea to buy a unit that considerably exceeds your needs, and if your budget can afford it go for the next model up. If you cannot find the wattage for your motor, get a jump start pack that has at least the same output as the cold crank amps (CCA) value shown on your boat’s battery.

Of course, these take a lot more grunt to turn over and typically also need longer cranking, especially when cold. For example, the popular Volvo Penta D4 series (four-cylinder, 3.9-litre) has a 3.6kW starter motor.

Using the same arithmetic we can see this may draw over 600 amps for the first few seconds of cranking – so you will be looking for a jump start unit at the upper end of the range. Luckily these come in a wide range of sizes, up to a massive 1250 amps at peak output, so there’s one for almost any size engine.

These units are surprisingly compact in size, and you may wonder how such a relatively small battery can crank over a big engine. It’s all due to the wonders of modern technology, where a high-efficiency lithium-ion battery is persuaded to output a huge current for a short period of time.

So a unit that’s as small as one tenth the size and weight of your starting battery could be outputting a cranking power that even exceeds the normal capacity of a lead acid battery. The caveat is that it can only do this for a very short period of time and both the battery and the cables will get hot very quickly.

Assuming there is nothing else wrong with your engine these few seconds of cranking will hopefully be enough to get you on your way. 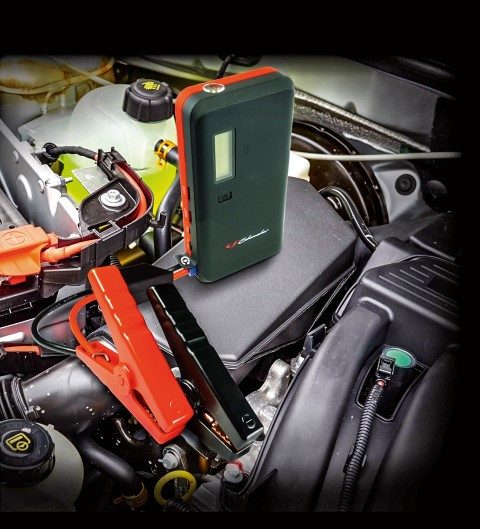 Do remember to recharge the jump start pack as soon as possible after you’ve used it, to keep it primed for future use. And although lithium-ion batteries have a very slow self-discharge rate, it’s worth checking their charge once or twice each season, topping them up when indicated. Luckily these units usually come with integrated electronics that tell you when this is required.

Jump start packs are so reliable and provide so much power that the Coastguard (the regular go-to for boaties whose engines won’t start), now carries them on all its vessels. Rather than long jumper leads or heavy spare batteries, they’re likely to hand you one of these units when assisting you.

A dead battery isn’t the only cause of won’t-start problems – lack of fuel or airlocks in the fuel system are also common culprits. Apart from always checking your fuel level before going out, another useful tool to keep on board is some form of starting fluid or spray.

They’re typically in an aerosol can, and it’s sprayed into the engine’s air intake a few seconds before cranking. The charmingly-named “Start Ya Bastard” from Nulon is available through numerous suppliers, and most automotive shops and marine chandlers also have generic options. 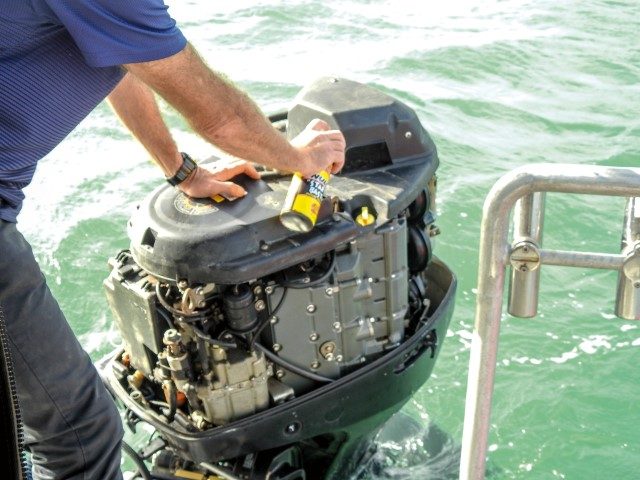 The active ingredient in most of these is diethy ether, which has an extremely low auto-ignition point. This means it acts much like diesel fuel, in that it self-ignites when compressed without needing a spark. Since it self-ignites these products will work in both diesel and petrol engines and can be all you need to get the engine to fire over a couple of times.

Naturally this stuff is highly flammable, so keep it away from any sources of spark or flame. Luckily it is also highly volatile and will dissipate into the air in a matter of seconds – providing there is adequate ventilation the danger will pass quickly.

So, in your boating toolkit you should have a multimeter, a jump start pack and a can of aerosol starting fluid. And always make sure you have enough fuel before setting out…